Electronic Arts has published its latest set of financials for its Q4 2018 accounting period. The period also rounds off its full year 2018 accounts. GamesIndustryBiz reports that EA can celebrate a record year and is forecasting another to follow. Another report on the earnings, from VentureBeat, highlighted news from the investor conference call in which the EA CEO admitted plans to continue loot box monetisation. 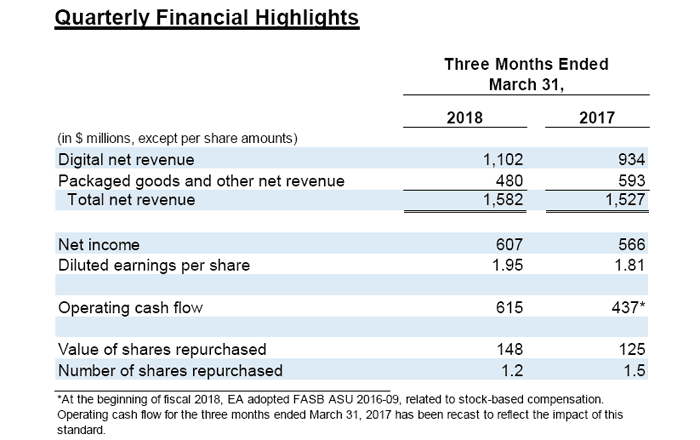 EA's Q4 revenues were up 3.6 per cent to $1.58 billion, and full year revenue was up 6.2 per cent to $5.15 billion - a record year for the company. Chief Executive Officer Andrew Wilson told investors that leading franchises like FIFA, Battlefield, and The Sims have been popularised with more players across more platforms and geographies. Digital sales are growing and more than making up for the decline of packaged games.

Explaining the continued success of EA's games, COO and CFO Blake Jorgensen, said "Our success is driven by the way we have changed, and continue to change, our relationship with players. They want more depth in their favourite games, and fresh content that can hold their attention year round. This has made our business much more stable and enabled us to deliver a dependable and growing cash flow to investors." 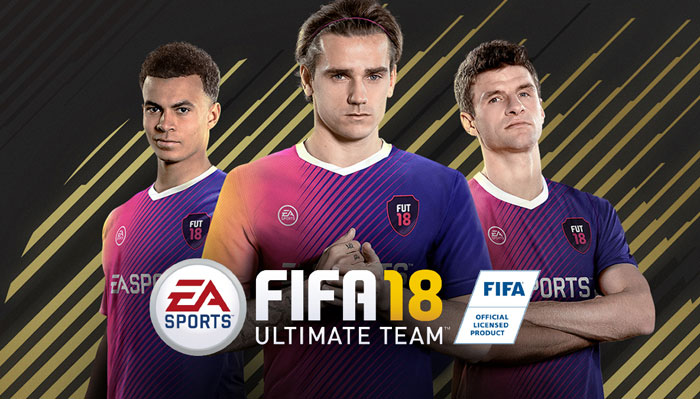 Recently EA was in the news as Belgium, and the Netherlands, have ruled that loot boxes in games are equivalent to gambling, and must be removed from this form of entertainment, especially as they are accessed by minors, young people and the vulnerable. Earlier last month EA claimed to have learned from its loot box mistakes in Star Wars Battlefront II.

Reading through the various reports of the conference call, what EA seems to have decided is that loot boxes aren't really suitable for monetising computer games, except for sports franchises. Sports and gambling have been bedfellows for a long time, for better or worse, and EA confirmed that it will be continue its 'loot box alike' Ultimate Team mode in games like FIFA, Madden NFL, NHL, and NBA Live on PC, consoles, and mobile. It might be no coincidence that these "are its biggest live-service money makers". These sporting 'loot boxes' take the form of random team player card packs. EA added that it was working with regulators worldwide to push the point that these card packs aren't gambling.

In other EA gaming news distilled from the recent results statements, EA has reconfirmed a new Battlefield game for Q3 this year, Bioware's Anthem has been confirmed for release within a year from now, and FIFA 19 information will be shared at EA Play in June. 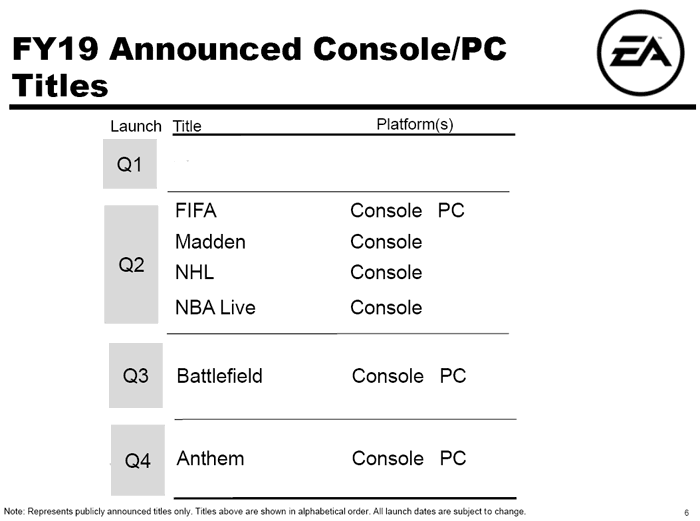 Interestingly, EA claims that the success of Battle Royale games like Fortniteand PUBG aren't eating into its sales. Rather, these titles have "helped grow the whole marketplace," asserts EA's Jorgensen. However, EA might be creating its own Battle Royale competitor via a similar game mode in the upcoming Battlefield V.

Posted by EvilCycle - Wed 09 May 2018 14:49
It doesn't matter how they try and spin it, if you spend money on something that provides an unpredictable result, it is gambling plain and simple.

Between the butchering of many great dev studios throughout their history (Bioware being the most recent upset) and being at the forefront of trying to get kids to gamble without any sign of backing down even after the battlefront 2 saga, I have cancelled my origin access account, and BF1 will be the last game/item I ever purchase from EA until they sort themselves out.
Posted by ed^chigliak - Wed 09 May 2018 15:16
EA says it has learned from loot box debacle.
No wait… better than expected quarterly revenue. Undo that learning.
Posted by Iota - Wed 09 May 2018 16:56
Well, if they remove loot boxes from all other game titles that's a pretty good thing, I never play any of the sports titles or mobile games. I wonder how they'll get around it in Belgium and the Netherlands though? I know our regulators in the UK are complete pushovers (receiving backhanders…), but I'm fairly certain those ones are not.
Posted by Scryder - Wed 09 May 2018 17:12
“They want more depth in their favourite games, and fresh content that can hold their attention year round…”

Right! I can't remember the last EA game I've played the has “depth” and “fresh content”. I was horrified at seeing what they did to the latest need for speed (aka Slot Machine Simulator 2017); a series I enjoyed years back going back to NFS III: Hot Pursuit and Underground. Come to think of it, I've not played an EA game for years, although I was thinking of going to Dragon Age series again.

Loot boxes are a great cash cow for them, so no surprise they're keeping it. As for me, I will be playing games from some other devs who still have a drive to make good games. Not shallow cash grabs.
Posted by Zhaoman - Wed 09 May 2018 17:48
Just confirmed themselves as a glorified gambling company but the difference is they can sell to kids. The greed knows no bounds and these blood suckers need to be regulated properly sooner rather than later.