When Star Wars Battlefront II launched towards the latter half of last year it was grabbing headlines for all the wrong reasons. Rather than people talking about the improvements delivered beyond the first release, the bigger, more complex game, and the addition of a story mode – news was dominated by the “aggressive use of loot boxes and microtransactions, tied to a progression system that incentivized spending real money,” notes The Verge. The same publication has recently shared an interesting interview with Patrick Söderlund, a long-time EA executive recently promoted to chief design officer.

“I’d be lying to you if I said that what’s happened with Battlefront and what’s happened with everything surrounding loot boxes and these things haven’t had an effect on EA as a company and an effect on us as management,” explained Söderlund. “We can shy away from it and pretend like it didn’t happen, or we can act responsibly and realize that we made some mistakes, and try to rectify those mistakes and learn from them.”

Further in the chat Söderlund suggests that EA’s intent with the loot boxes was to “have more people play it over a longer period of time,” but again he admits that EA simply “got it wrong”. With the loot boxes and microtransactions gutted from Star Wars Battlefront II, it is claimed that people “appreciate what we’ve done, players are coming back, and we’re seeing stronger engagement numbers”. Obviously the big changes made by cutting out these in-game purchases were undesirable for EA, so it will be “very cautious” in future productions. 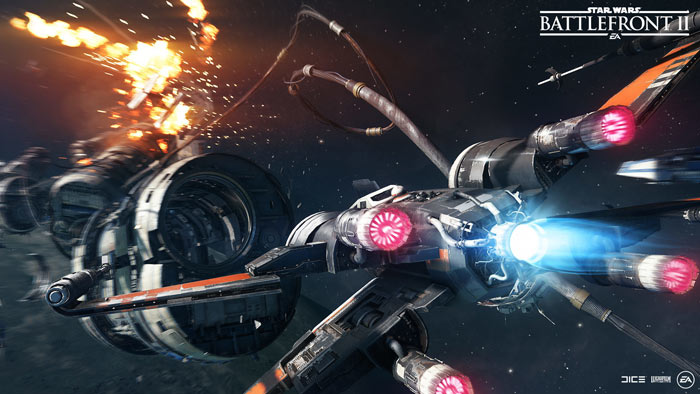 Söderlund ends his Verge interview by asserting that EA is “serious about building the best possible products, that we’re serious about treating the players fair, and we’re here to make the best possible entertainment that we can”. That is a worthy business model, if your games are up to scratch, but there is always commercial pressure to squeeze every extra penny from a product and microtransaction policies are unlikely to remain static forever.

It is easy to say the right thing in interviews, but ultimately EA will be judged by its actions in its upcoming game monetisation strategies.

Posted by LSG501 - Mon 16 Apr 2018 15:01
Considering they were getting voted ‘worst company’ or high on the list consistently and still manage to make this sort of screw up I'll believe it when I see it.
Posted by Bagpuss - Mon 16 Apr 2018 15:34
I find it beyond belief that all these very clever people didn't realise what they were doing was going to cause a backlash.

..they just didn't think it would snowball like it did and cause them any long term harm.

Further in the chat Söderlund suggests that EA’s intent with the loot boxes was to “have more people play it over a longer period of time,” but again he admits that EA simply “got it wrong”.

Further in the chat Söderlund suggests that EA’s intent with the loot boxes was to “have more people pay more over a longer period of time,” but again he admits that EA simply “got caught”.

Thus, Star Wars Battlefront II will again contain microtransactions from Wednesday, but only for cosmetic items.

So what's the betting that they'll now strip cosmetic items out of future content that you can earn in the game, replace that with terrible looking items, so that it pushes players towards the micro-transactions? No EA, I don't think you've learned anything from this, you just got caught with your pants down and got told off by Disney.