Starting from 27th September, Blizzard plans to introduce a new Overwatch ban system. The intention is to permanently block the worst gameplay offenders from competitive gameplay. In other Overwatch news, a free weekend is about to kick off for this highly regarded and popular team-based multiplayer online first-person shooter. You can play for free on PC, Xbox One or PS4 from 7pm UK time today, until 8am UK time on Tuesday 26th Sept.

Starting from Wednesday 27 Sept, Blizzard will begin to implement permanent bans in Overwatch competitive play. In brief, it's a 'three strikes and you are out' system. Any player who accrues three or more seasonal bans "may be permanently banned from Competitive Play, removing their ability to participate in any future matches in that mode," explains Blizzard. It is highlighted that your seasonal bans need not be consecutive to have a perma-ban levied.

Behaviour such as leaving early or being kicked for inactivity during a match will lead to restrictions on future competitive matches. Blizzard says that as these violations accumulate, access to Competitive Play will be locked for an increasing amount of time. Players at this stage can regain good standing by completing matches without incurring further penalties and thus avoid escalation to a seasonal ban. A full code of conduct is published here for reference. 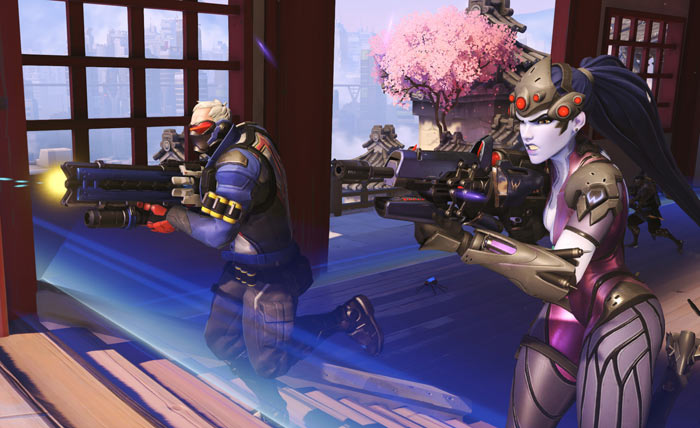 As mentioned in the intro paragraph, those interested in giving Overwatch a test run can do so for a generously long free weekend, coming up. Starting at 7pm UK time today PC, Xbox One (Live Gold) or PS4 (PlayStation Plus) users can play Overwatch, all the way until 8am UK time on Tuesday. 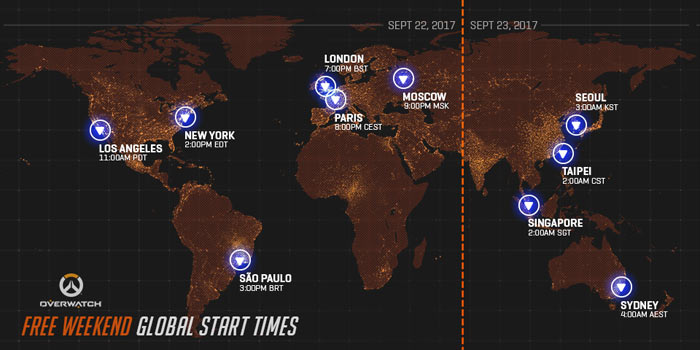 There are a few regional restrictions on the PC (there is no PC free weekend in Korea, for example) but during the weekend players will have access to Overwatch's full roster of heroes, maps, and a selection of features—including Quick Play, Custom Games, the Arcade, and Loot Boxes. There are 25 heroes and four different game modes and 14 different maps available - so there's plenty to explore and do.

Blizzard will make sure any progress, skins and other items earned in the free weekend will be carried over if you purchase Overwatch later - as growing the user base is of course the purpose of this exercise.

I remember when gaming used to be a bit of fun.
Posted by Tunnah - Fri 22 Sep 2017 13:33
Biscuit it's competitive play only, not the full game. It messes up a lot of matches apparently.

It's completely acceptable to me, i got put off LoL and OW competitive because of the amount of flaming thundercu…douches who scream and shout unnecessarily or irrationally go over the top. And considering they're behind a screen they tend to get quite filth ridden.
Posted by Ozaron - Fri 22 Sep 2017 14:11

Speaking from experience, it can hard for the game to be a bit of fun with some of the people who play it with you. I've only ever played quickplay, where games mean nothing (Blizzard recently removed the losses statistic for QP entirely so there's no visible metric for skill in QP at all) and yet people flame each other quite often. I have voice comms globally muted too, so I must be missing a lot of salty comments.

The worst offenders really do suck fun out of this game, like they do in every multiplayer game out there. Blizzard's goal is to repress negative behaviour by making it more difficult to be negative, which won't work but at least they care about toxicity levels. Competitive mode players do sort of deserve protection from long-term toxic types who have fun by ruining other people's.

IMO, this would be draconian if it were a single strike with evidence = account ban situation, but it isn't, and even banned players will get QP (which some of us prefer anyway..). In an age where people just go back, buy new accounts, then smurf, (usually resuming any toxic behaviour they had before) it might not be draconian enough.
Posted by SHSPVR - Fri 22 Sep 2017 15:35
WTF (Behaviour such as leaving early or being kicked for inactivity during a match will lead to restrictions on future competitive matches)
Look like this game will be going down the toilet real fast if there going to be do this kind carp.