Earlier this month Microsoft's Chief Product Officer of Windows and Devices, Panos Panay, penned a blog post about launching Windows 10X on single-screen devices. This news piece might have been crafted to soften the disappointment felt due to the revelation that Microsoft's Surface foldables, and similar partner designs, won't make it this year. We were previously expecting them in the run up to Xmas / New Year. 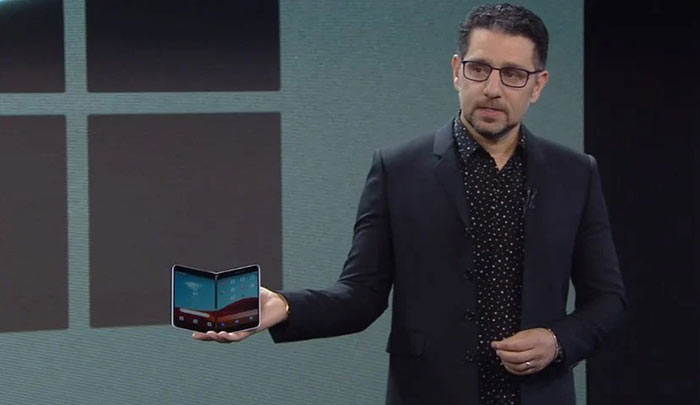 Windows 10X and associated dual-screen hardware development (like the Surface Neo) may have stalled, partly due to the Covid-19 pandemic. However, we have seen from various leaks and in-the-wild spottings, that the Android-powered Surface Duo mobile is quite a long way through its development phase and is being extensively tested in the real-world. 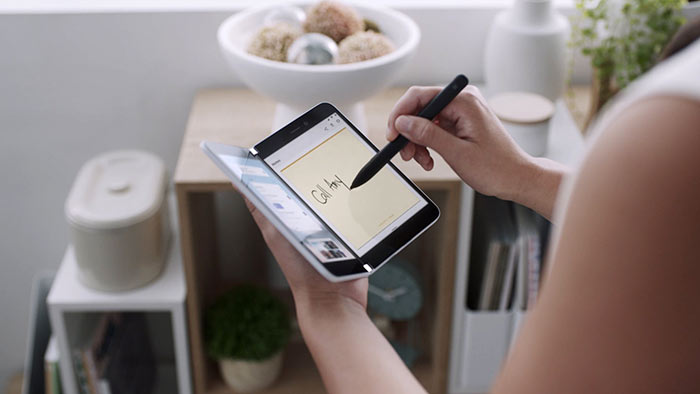 Just ahead of the weekend Windows Central published new details and what it claimed to be the final specs of the upcoming Surface Duo. The site talked to Microsoft sources about the device, which is in "take-home status at Microsoft internally," and compiled the following list of specs, which it reckons are pretty much set in stone for launch:

In addition to the above, Windows Central has some important details, like that the opened up device is just 4.8mm thick. It adds that while the device may ship with Android 10 it will receive an update to version 11 promptly. On the topic of software, of course Microsoft will pre-install all its own app suite with good dual-screen functionality ready. Understandably, not all Android apps will make use of all the dual-screen niceties (like drag & drop) available. 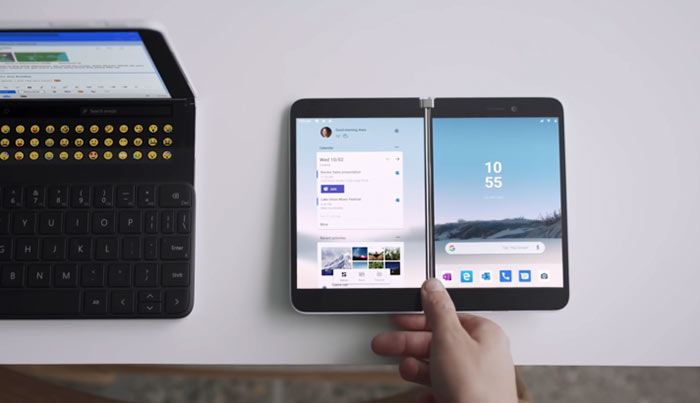 There are still quite a few unknowns with regard to the hardware; wireless charging, NFC presence, IPXX ratings, audio capabilities, overall device dimensions and so on. It is hoped that the use of last year's flagship processor from Qualcomm is an indication that the Surface Duo won't be prohibitively expensive.

If the above is correct then we might be graced with more details pretty shortly. As a reminder, Microsoft Build digital developer conference starts later today and runs for two days.

https://news.sky.com/story/microsofts-surface-duo-specifications-revealed-for-new-dual-screen-smartphone-11990882
Posted by excalibur1814 - Tue 19 May 2020 15:23
If I can play a game on one screen, with music playing from the other, or whatever social networking that I need to check, it might be a sensible buy. Not sure.
Posted by gagaga - Tue 19 May 2020 19:56
I <del>do</del>did a surprising amount on my phone on the commute to work that meant I had to keep swapping between apps - checking balances, moving money, lastpass to get app passwords etc. Would be great for that.
Posted by DavidC1 - Wed 20 May 2020 00:54
Sorry but pandemic delay is a convenient excuse.

Great ideal, great design, but feels like we'll get a rushed delivery to market that isn't quite ready and is a year behind the rest of the market. Bit like the Surface Book 3 really.

Never know though, the design appeals ot me from leaks so far but the specs are a bit of a killer if these are final. Lets hope they are just from a prototype ;)