Soaring sales of the Galaxy smartphone range, particularly the new Galaxy S III flagship smartphone, are thought to have helped push profits higher. The profit from the mobile phones division at Samsung has doubled during the last year and Samsung are currently selling 380 smartphones a minute according to Reuters. The Galaxy S III should be able to continue sales domination at the high end of the smartphone market at least until the next iPhone launch. We have to wait and see the impact of that. 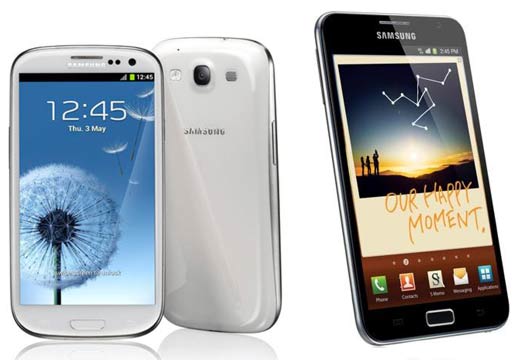 The outlook is optimistic “Samsung's profits have yet to peak, and with smartphone sales and recovering chip prices to propel earnings even higher in the second-half, the bar's been raised so high that even in-line earnings disappoint some optimists.” Said Mirae Asset Securities analyst, Lee Jin-woo.

Samsung’s large semiconductor division will also positively contribute to profits and analysts see improving DRAM and NAND demand. Samsung is a big supplier to smartphone and tablet rival Apple with its chips, NAND and displays used within iPhone and iPad manufacturing.

The record profits sound fantastic for Samsung but the company estimates that second quarter revenue will be slightly below its own forecast at 47 trillion won (rather than 50 trillion). The cause of the divergence is thought to be competition and price pressure in Samsung’s other markets of TVs and home appliances.

The weak Euro reduces repatriated profits for Samsung. Due to the ongoing Euro crisis the company has made a contingency plan which would initiate cost cutting and product price increases in order to maintain profit margins. The Euro has fallen five per cent against the Korean won since April.

A product price increase may or may not work out the nearer we get to the new iPhone launch. Also HTC has had some strong Android contenders emerge from its stables recently. Not standing still, Samsung will launch the Galaxy Note II in September, throwing an update to the surprise success story from last year into the mix.

8 Intel CEO talks about the AMD threat and pressurising Nvidia

Goes on to tease some "dramatic" tech changes Intel has "cooking in the labs".

A brokerage industry veteran has been hired as CEO of an 'Invest at PayPal' division.

To Samsung's credit it has changed its 970 Evo Plus box, part number, and spec sheets.