Microsoft has opened up its revamped Windows Store to third party app stores, as promised. The first such apps confirmed to be coming to the Windows Store are Amazon and the Epic Games Store. We don't know of any other stores on the way as yet, but it is possible we will see the likes of Valve (Steam) and CDPR (GOG) join in, as well as big software devs/publishers like Adobe, EA, and Ubisoft. 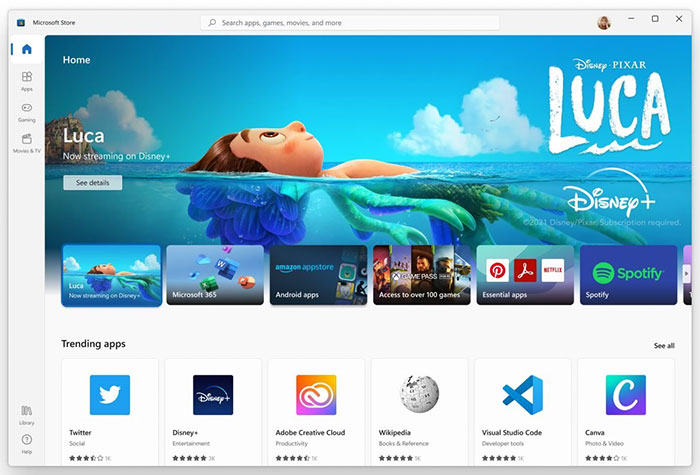 Giorgio Sardo, general manager of the Microsoft Store, confirmed the upcoming Amazon and Epic Games Stores, and said Microsoft was looking forward to welcoming further such apps to its store over the coming months. "Just like any other app, third-party storefront apps will have a product detail page — which can be found via search or by browsing — so that users can easily find and install it with the same confidence as any other app in the Microsoft Store on Windows," explained Sardo.

Importantly, and attractively for developers/publishers, Microsoft's policy changes for the Windows Store mean that these third parties will be able to keep 100 percent of the revenue from apps if they use alternative payment platforms. One exception is if the app sold in the third party store is a game, then revenue will be split 88/12. Epic Games CEO Tim Sweeney seems OK with this… 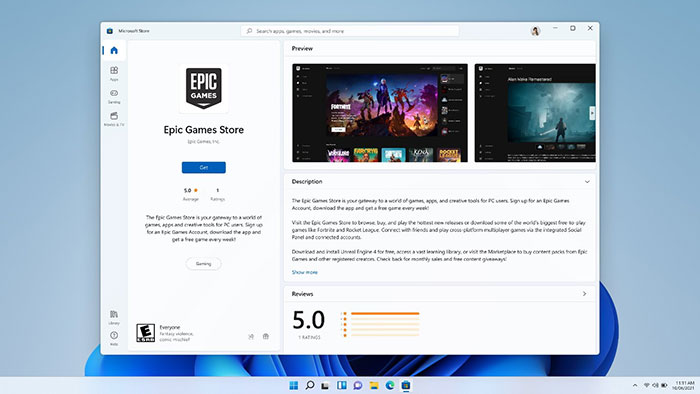 Microsoft's more open store policy has already attracted a lot of brands/apps, like Discord, Zoom, VLC, MusicMaker, and LibreOffice – plus Progressive Web Apps (PWA) from Reddit, Lyft, Wikipedia, TikTok, and more. It has even started to let alternative browsers into the store, and both Opera and Yandex are already present.

The new Microsoft Store will be available starting from 5th October, at Windows 11 launch, and it will be made available to Windows 10 users in due course.