AMD first showcased its Project Quantum ITX PC system back at E3 2015. It described the system as "a new PC form factor," enabled by the latest technology of the day and a comprehensive liquid cooling solution. Back in the pre AMD Zen CPU days the prototype Project Quantum was powered by an Intel Core i7-4790K 'Devil's Canyon' processor on a Z97 ITX motherboard with the graphics acceleration delivered by twin AMD Radeon R8 'Fiji' GPUs. 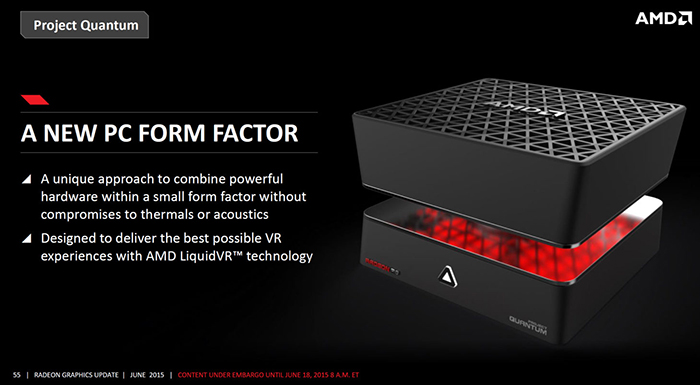 Later in 2015 AMD's gaming scientist Richard Huddy dealt a blow to those waiting for the 'autumn' launch by describing Project Quantum as an idea similar to that of concept cars - i.e. it would never be made as a mass produced commercial product. In April 2016 we followed up with a report explaining the Project Quantum no-show as being down to two major factors; the marketing the Radeon Duo Pro as a professional (not gaming) solution, and lack of suitable AMD CPU for the system. While we are champing at the bit to get 2020 over and done, there are still no AMD Project Quantum PCs available anywhere…

Over the weekend some Twitter tech enthusiasts unearthed a new patent suggesting AMD is continuing to work on Project Quantum in the background. Perhaps the timing will be right to make this a real commercial product, with Zen 3 and RDNA 2 parts becoming available? 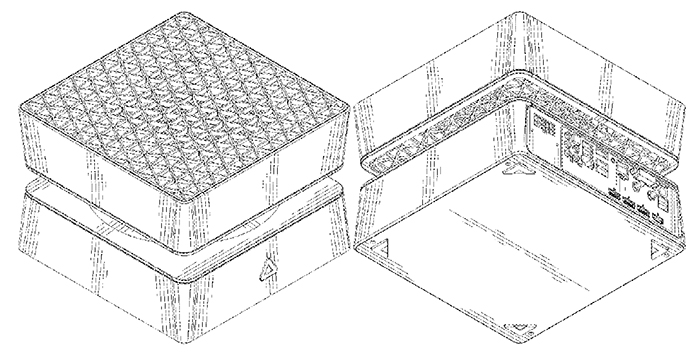 If you head on over to this FreePatents Online link, you will be greeted with a PDF copy of a patent lodged by AMD on 15th September 2020. There isn't a lot of meaty tech in the patent document. It appears to be solely about the Project Quantum chassis design. Specifically, the patent is for "the ornamental design for a housing of an electronic device as shown and described". The document thus has sketches of Project Quantum from all angles. 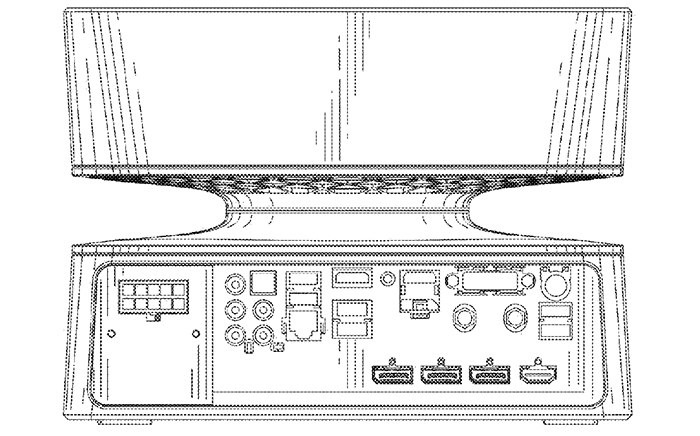 It will be interesting when/if the device is released how it compares to the likes of the Xbox Series X/S. If it comes with liquid cooling it could come with a beefy CPU/GPU combo, rather than an APU like the next gen consoles. For now, it remains a case of wait and see, but at least Project Quantum doesn't appear to be dead.

Posted by chj - Mon 12 Oct 2020 18:46
So basically an interesting small form factor PC with perhaps a greater than average cooling system allowing for a higher spec. I wonder how easy this would be to upgrade.