The University of Florida and Nvidia have announced a $70 million public-private partnership focused on building the most powerful AI supercomputer in academia. If you are looking for numbers, the planned SuperPOD of 140 Nvidia DGX A100 systems, boosting the existing HiPerGator supercomputer, will deliver 700 petaflops of AI performance. It is hoped that the project will make UF one of the leading AI universities in the US, a national leader. 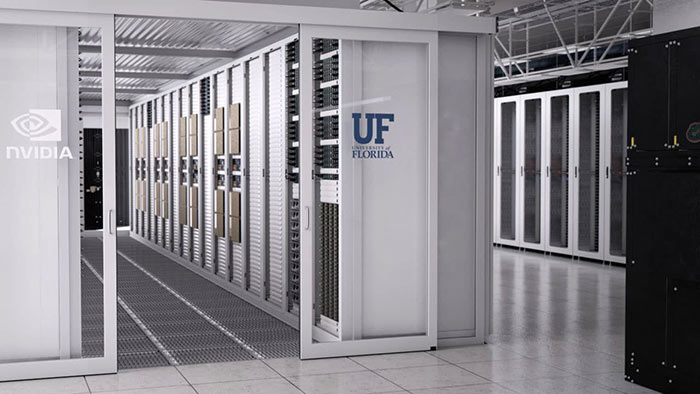 Interestingly the UF/Nvidia Ai supercomputer development is being funded by a $25 million from alumnus and Nvidia co-founder Chris Malachowsky, $25 million in hardware, software, training and services from Nvidia, plus a $20 million investment by the university. Malachowsky, an Nvidia Fellow, commented that the project "created a replicable, powerful model of public-private cooperation for everyone's benefit". I guess most big universities must have a super-rich yet generous tech giant founder among their alumni…

According to the Nvidia Blog, the new AI supercomputer will be used to tackle a multitude of challenges using AI tools and techniques. "Major challenges such as rising seas, aging populations, data security, personalized medicine, urban transportation and food insecurity," will be just some of the areas where the processing power of the Nvidia SuperPOD will be targeted.

To realise the project Nvidia's NVIDIA Deep Learning Institute will collaborate with UF on developing new curriculum and coursework for both students and the community. The UF will become the site of the latest Nvidia AI Technology Center. Last but not least, Nvidia solution architects and product engineers will partner with UF on the installation, operation and optimization of the supercomputer. 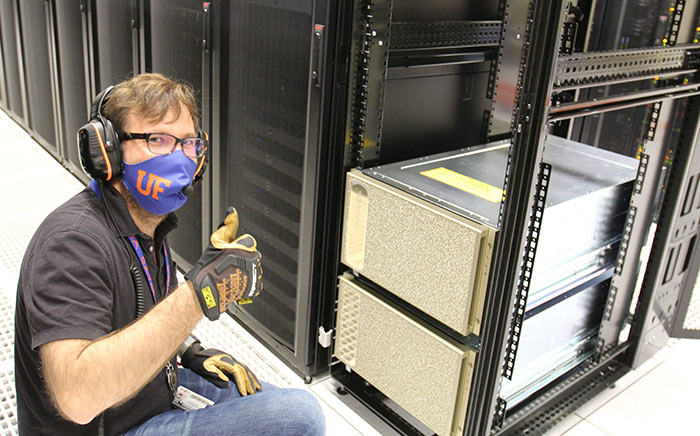 In total UF's boosted HiPerGator 3 supercomputer will integrate 140 Nvidia DGX A100 systems powered by a combined 1,120 Nvidia A100 Tensor Core GPUs. It will include 4 petabytes of high-performance storage. An Nvidia Mellanox HDR 200Gb/s InfiniBand network will provide the high throughput and extremely low-latency network connectivity.

For the UF, it will benefit greatly with 100 new faculty positions in AI and related fields in addition to the 500 recently hired faculty across disciplines, many of whom will weave AI into their teaching and research.

CAT-THE-FIFTH
For one second I was wondering why Nvida was teaming up with someone called U Florida.