The USA is poised to retake the number one position in the supercomputer charts with the Summit, installed at the Department of Energy's Oak Ridge National Laboratory (ORNL) in Tennessee. This envied position is currently held by China's Sunway TaihuLight supercomputer.

The Summit supercomputer is capable of 200 petaflops and is touted as "the most powerful and smartest machine in the world." It will be used for studying energy-related scientific matter such as fusion energy, alternative energy sources, material science, climate studies, computational chemistry, and cosmology. Furthermore, thanks to being an 'open science system' researchers in fields which have nothing to do with energy will be able to harness the Summit for their projects. For example, healthcare studies, looking at drug discovery, cancer studies, and addiction are expected to be advanced thanks to Summit too.

Summit supercomputer by the numbers

The above hardware is expected to easily outrun the 93-petaflop Linpack mark of the current TOP500 champ, China’s Sunway TaihuLight. Furthermore, thanks to the Nvidia V100 GPUs the Summit should deliver something in the order of 3.3 exaflops for deep learning performance. Thus "Summit ended up being an AI behemoth, as well as a powerhouse HPC machine," notes the Top500 organisation. 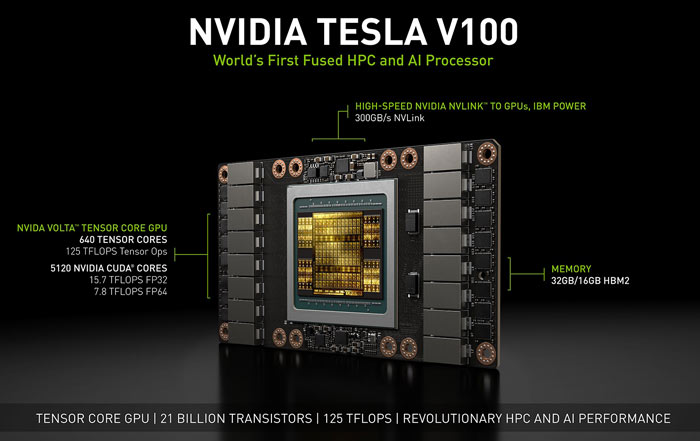 Compared against its predecessor at Oak Ridge, the Titan, the new Summit supercomputer is about 8x faster and five times more energy efficient. Meanwhile, the New York Times reports Supercomputers that are five times faster - 1,000 petaflops, or an exaflop - are in the works, both abroad and in the United States.

IBM CEO: World's fastest, smartest supercomputer one of our greatest achievements from CNBC.

3dcandy
Will it play Crysis?

Depends how well it's neural net is trained, though I'm not sure I want to train the world's most powerful supercomputer to play combat games as an AI ;) :D
Posted by lumireleon - Mon 11 Jun 2018 13:47
IBM? isn't that a dead CPU architecture?