You are here:
Storage Gadgets News

We last featured Samsung in the news with its pre-CES 2020 launch of the appealing Galaxy S10 Lite and Note10 Lite smartphones. It also introduced some new expansive and cool looking Odyssey Gaming Monitors just ahead of the weekend - featuring 1000R QLED 1440p screens, 240Hz VRR and 1ms response times (see image below). 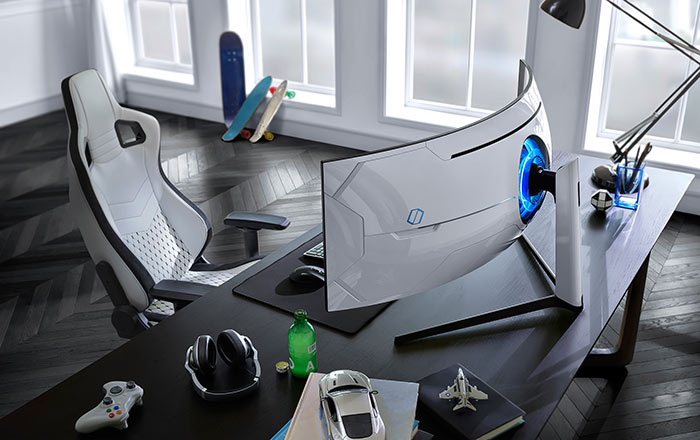 As CES started proper Samsung held its Age of Experience keynote at the Venetian Hotel in Las Vegas. The overall theme of the presentation was robotics, smart home and 5G gadgetry. That's not all it has to offer at the CES show though, it featured its 2020 QLED 8K TVs on Monday. Today it has launched the Portable SSD T7 Touch SSDs, which have been recognized at the CES 2020 Innovation Awards.

These external SSDs are the latest additions to Samsung SSD T-Series, with the most recent predecessor being the Portable SSD T5 from August 2017. The new series upgrades the internals from SATA SSD to NVMe SSDs which connect to your PC via USB Type-C. With the connection based upon the USB 3.2 Gen 2 standard and the speedy internal hardware, Samsung says users can expect up to a read speed of 1,050MB/s and a write speed of 1,000MB/s - approximately twice as fast as the T5 could deliver (and nearly 10x faster than an external USB HDD). 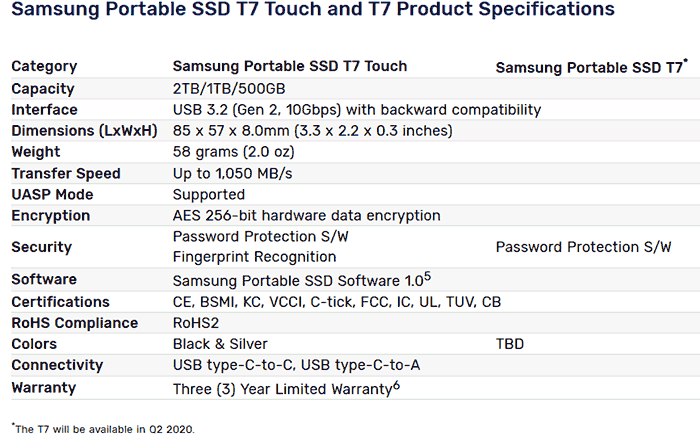 I saw the Samsung Ballie introduction video yesterday, and am glad to be able to add it to one of the CES 2020 stories as the video tells such an enchanting futuristic tale. Samsung describes this smart gadget as "the initial embodiment of Samsung's 'robotic companion' vision".

The self propelled little smart companion was on stage at the keynote, not just shown off in this slick video. If you watch the video above you will see Ballie controlling smart home connected items like curtains and screens, help its owner in their morning exercise routine, play with the pet dog when the owner goes out to work, and then summon the robotic vacuum cleaner when the dog accidentally knocks a bowl of cereal over… The keynote video of Ballie in action at CES 2020 is here.