Samsung has updated its 970 EVO NVMe SSD range with devices packing its latest fifth-generation V-NAND technology. The result is a higher performance and more power efficient range of devices and Samsung will be keeping the keen EVO prices too, as it perhaps readies an update to the 970 Pro range.

In claims made in an official press release, the newer V-NAND and optimised firmware in the Samsung 970 EVO Plus is said to deliver up to 57 per cent write speed improvements and greater power efficiency over its predecessor, the 970 EVO. Dr. Mike Mang, VP of Brand Product Marketing at Samsung said that this would be of great appeal to those indulging in "demanding tasks like 4K content editing, 3D modelling and simulation as well as heavy gaming".

Comparing the new 970 EVO Plus with its predecessor is made very easy thanks to Samsung's own table, reproduced below. I've highlighted the changes to make it even easier to see the spec and performance upgrades delivered. Of particular note are the increased sequential write speeds and IOPS performance uplifts. 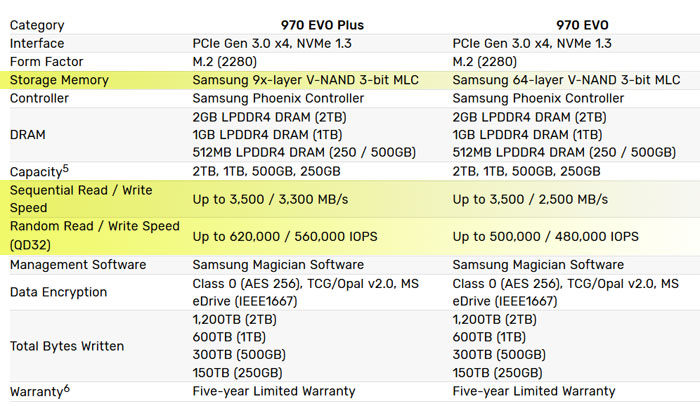 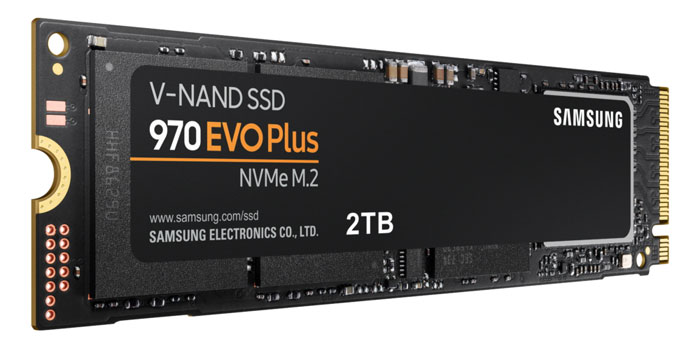 OilSheikh
So, the only improvement is write speed by 800MB/s. Phew, my 970 EVO NVME isn't obsolete yet.

Faster IO speeds as well as much improved write speeds. Nice on paper but unlikely to have a noticeable real-world effect unless you hit them hard, in which case you'd likely have bought the PRO so it's a moot point.