You are here:
RAM CPU News

Intel's mainstream processors have never supported more than 64GB of system RAM. However, yesterday AnandTech noticed that HP had announced some new PCs which would ship with up to 32GB of RAM, and in footnotes it said they would be further expandable up to 128GB. The tech magazine reached out to Intel about the upgradeable RAM amount and received confirmation that the upcoming Intel 9th gen Core processors would be able to support this quantity of RAM.

Previously Intel's mainstream platforms were limited to 64GB of RAM, while AMD is flexible about supporting future memory that comes to market, following some qualification. Of course Intel would suggest mainstream users shift to its Xeon platform which can support >64GB for RAM-intensive demanding tasks.

The reasoning for the max memory upgrade according to a statement made to AnandTech reads as follows:

"The new 9th Gen Intel Core processors memory controller is capable of supporting DDR4 16Gb die density DIMMs which will allow the processors to support a total system memory capacity of up to 128GB when populating both motherboard memory channels with 2 DIMMs per Channel (2DPC) using these DIMMs. As DDR4 16Gb die density DIMMs have only recently become available, we are now validating them, targeting an update in a few months’ time." 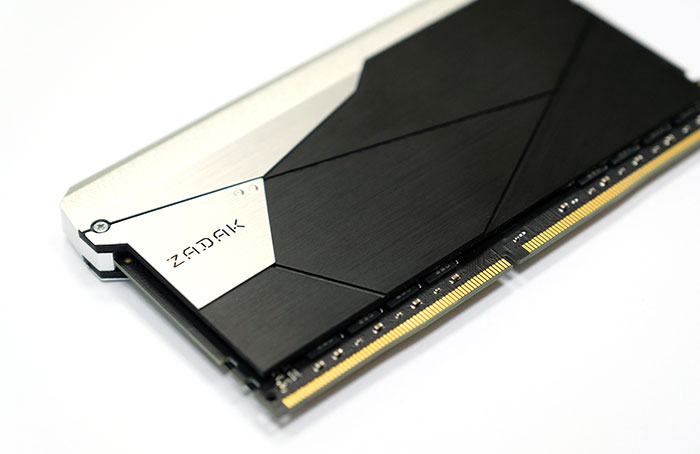 Intel's new Core 9th Gen processors are due to hit the market on Friday, 19th October. At the moment there are just three SKUs that have been revealed; the top-end Core i9-9900K with its controversial benchmark comparisons, plus the Core i7-9700K and the Core i5-9600.

Currently the Intel Core i9-9900K is on pre-order for approx £600. To max out the RAM on a system based around this processor will likely cost double that processor price, according to AnandTech estimates, as we await the 32GB DDR4 DIMMs to reach retail.

Doubt it, they've got to segment the market somehow so they don't leave a steaming turd on the xeon markets table.
Posted by Tunnah - Tue 16 Oct 2018 10:41
“Currently the Intel Core i9-9900K is on pre-order for approx £600” lol. Truly more money than sense.

ECC hasn't been supported on Core processors since the MMU moved from the chipset onto the CPU die (with the notable exception of some Core i3 processors).

As Tabbykatze correctly states it's all part of Intel's glorious market segmentation.
Posted by EvilCycle - Tue 16 Oct 2018 11:48
They had to find one way of convincing gamers they need a new top end CPU (anybody that would truly benefit from this CPU on pro workloads are probably in the market for a full workstation CPU instead), oohh I can see the conversations now…

“You don't really NEED that CPU just yet my friend, and 128GB RAM is pure overkill, why don't you improve X part of your system as it would actually benefit and be a lot cheaper”

“I don't care, it's higher numbers meaning it's better, so what if we both have the same frames at the same settings on the same game and I paid twice as much money as you, mine is better, look it says so on the box, it supports more ram than yours, I don't care that my temps are high and my PC looks and sounds like a rainbow puking rocket ship, I have 128GB ram that will be too slow when this amount is needed in games!!”