Intel has wrapped up its Fall Desktop Launch Event in New York. The most eagerly awaited news, that was revealed today, concerned the new Core i9-9900K, i7-9700K and i5-9600K processors with STIM. Intel’s Anand Srivatsa, VP and GM in the Client Computing Group, claimed on stage that his firm has tested the new i9-9900K against the competition and previous gen CPUs and “The results are absolutely clear. It’s the best gaming processor in the world, period.” 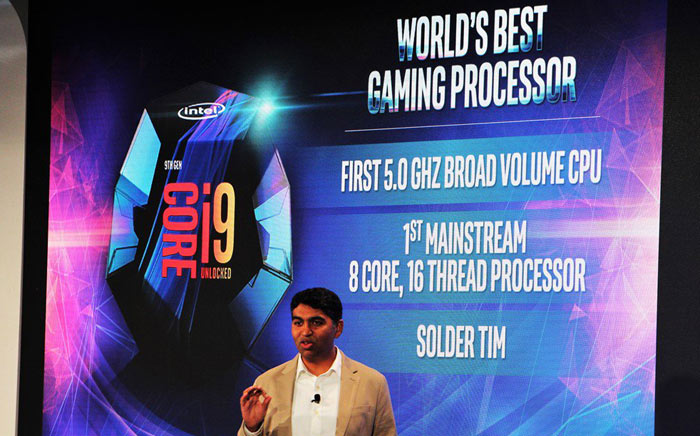 Stepping down the ladder, we find the Core i7-9700K. This also boasts 8 cores but doesn’t offer Hyperthreading. Again it has a base frequency of 3.6GHz but the default max turbo is 4.9GHz on a single core or 4.6GHz on all cores. This is quite a different configuration to its predecessor, the Core i7-8700K with 6C/12T but the same base Coffee Lake architecture. In other comparisons the 9th gen chip has slightly improved turbo but less L3 cache per core. 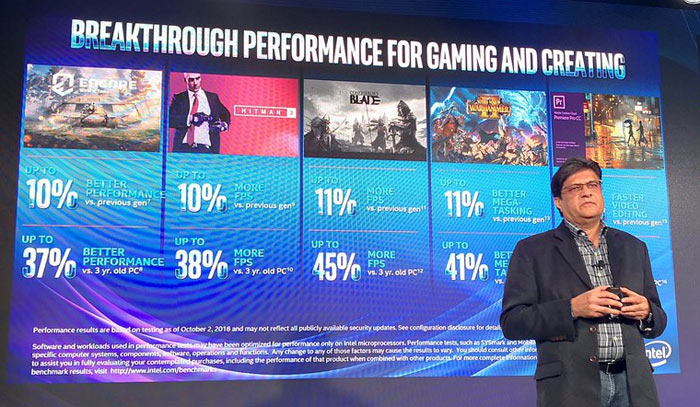 The supporting act today is the Core i5-9600K, with six cores but no Hyperthreading. It has the fastest base clocks of all the new processors at 3.7GHz but its turbo clocks are somewhat lower at 4.3/4.6GHz for all/single cores. 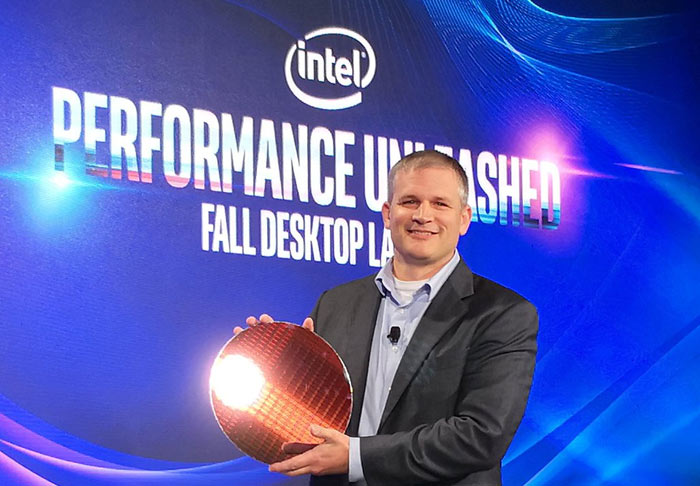 The new Intel processors will become available for pre-order today priced as follows:

Processor shipping will begin on 19th October, and unfortunately the review embargoes end on that same date. 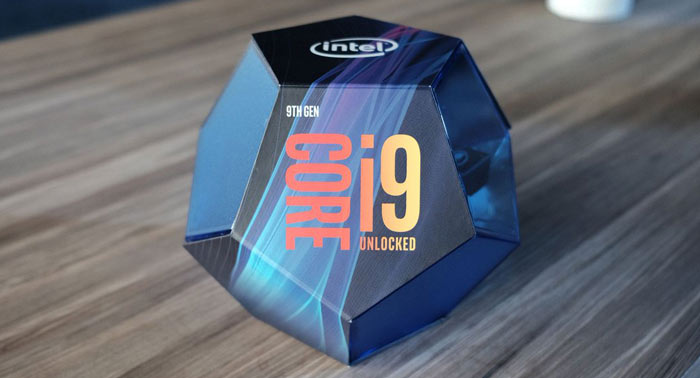 Regarding this - How are they allowed to legally have that on their marketing poster? It's quite obviously a massive lie.
Posted by Tabbykatze - Mon 08 Oct 2018 18:01

Hoonigan
Regarding this - How are they allowed to legally have that on their marketing poster? It's quite obviously a massive lie.

They could argue it's Intels worlds first mainstream and probably get away with it. I mean, they got away with the “28 core at 5GHz will be mainstream bs” quite easily.

Officially, what they've said is totally wrong but, it depends what mainstream means. If mainstream is the majority market share then Intel is correct. They're still massive wangs to me for saying that though.
Posted by quantasm - Mon 08 Oct 2018 18:20
In the livestream the presenter said Intel broke the laws of physics to bring you the 9900K.

Scan are selling this for £599.99, what a complete ripoff when compared with $488 launch price by Intel.

Mind you, it would be worth working out how many minutes/hours this CPU would save in a year, if it's saving me hundreds of hours then a few hundred pounds extra is nothing compared with my hourly rate.