EVGA has launched its new SuperNOVA G5 Series power supplies. Designed to succeed the SuperNOVA G3 Series PSUs, which were launched in 2016, the new series builds upon the compactness, efficiency, performance and reliability to "push the envelope" further. 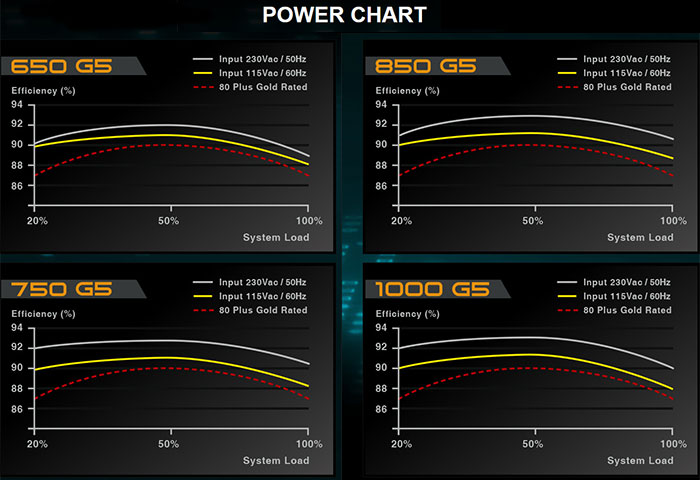 EVGA shares power charts for each of the new G5 PSUs (650, 750, 850, and 1000W models) which shows they clearly operate well beyond the 80 PLUS Gold standard. Another aspect of the design that will be instrumental to efficient and trouble free performance is EVGA's use of the "highest possible quality Japanese capacitors". EVGA says the modular board features 100 per cent aluminium solid state capacitors. 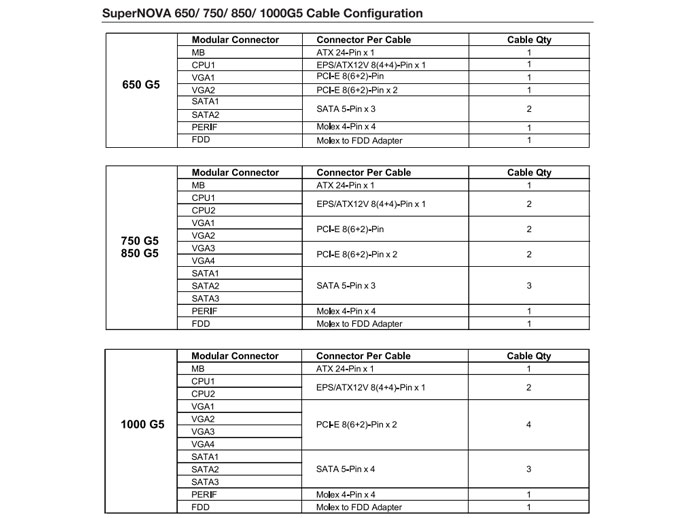 As you would expect of the successor to the SuperNOVA G3 Series PSUs, the G5 Series is fully modular. Using only the cables you need helps keep your system build tidy and improve airflow within the chassis. On the topic of airflow, and cooling, EVGA has equipped an ultra quiet 135 mm fluid dynamic bearing fan. It uses a larger fan than the G3 Series, to shift more air at lower RPM, while not making the PSU any larger. Furthermore, it uses the new EVGA ECO Mode fan profiles. Fan noise charts are provided for each of the four new PSUs if you want to peep at them.

These new PSUs are available to order now in the US (didn't seem to be listed in Europe). 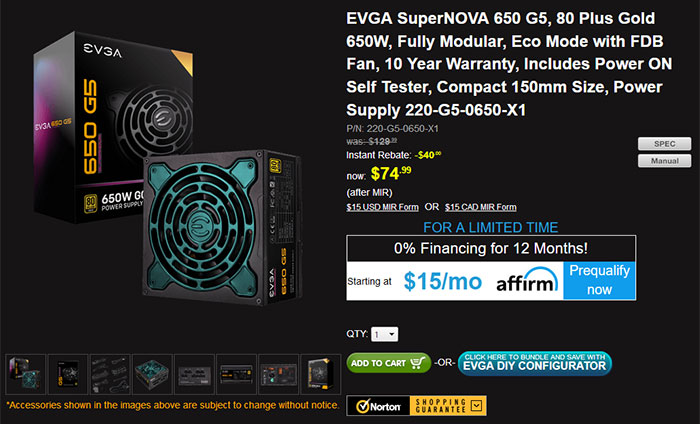 Output
The obvious question is: Why did they skip a number?

siu99spj
Maybe because ‘4’ is unlucky in most of Asia?

Good point, I hadn't considered that as a potential reason.