Gigabyte is readying an attractive new 43-inch gaming monitor that will be of appeal to both PC users and console gamers. The new Gigabyte Aorus FV43U 4K pro gaming monitor was showcased in a special event in Vietnam, where VideoCardz reports it was "the star of the show". According to the source the FV43U is available to pre-order at various etailers across Asia. 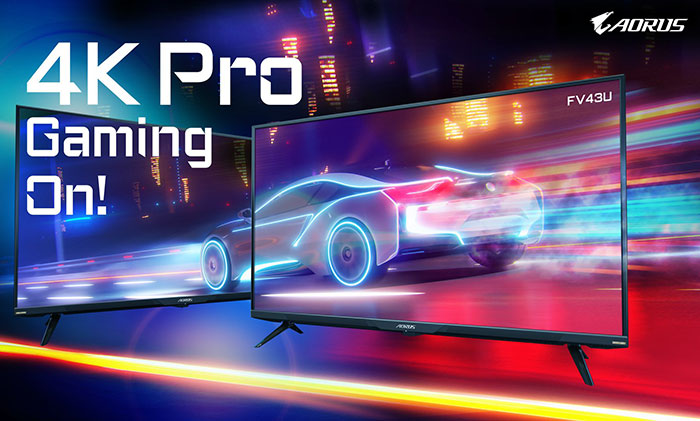 We don't have an extensive specs list for the Aorus FV43U 4K at the time of writing. However, we have most of the key details thanks largely to the etailer listings: 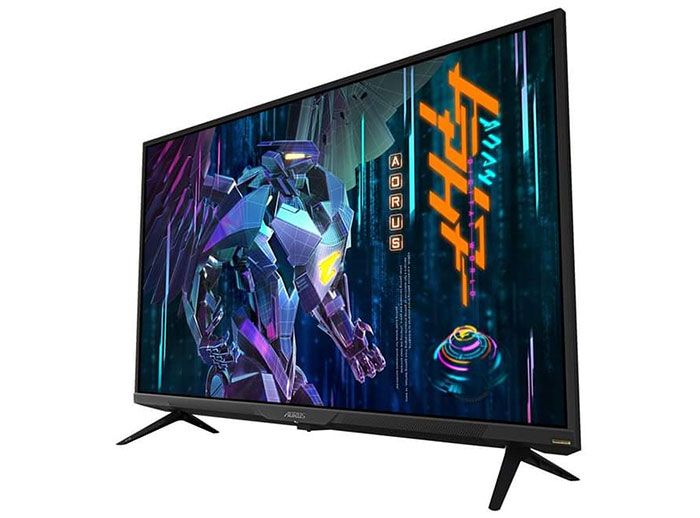 One key piece of information missing regards the monitor's I/O. It would be logical if there was an HDMI 2.1 port present here to support 4K 120Hz gaming on the PS5 and Xbox Series X, but it isn't specified anywhere we can see.

If you are interested in this kind of monitor / specification, Asus has the ROG Strix XG43UQ which is confirmed to sport an HDMI 2.1 port lined up for release this May. It claims that its screen is "the world's first HDMI 2.1 gaming monitor," so perhaps it will be available before the Aorus FV43U, or the Aorus won't support HDMI 2.1 (or it is a PR writer's error). 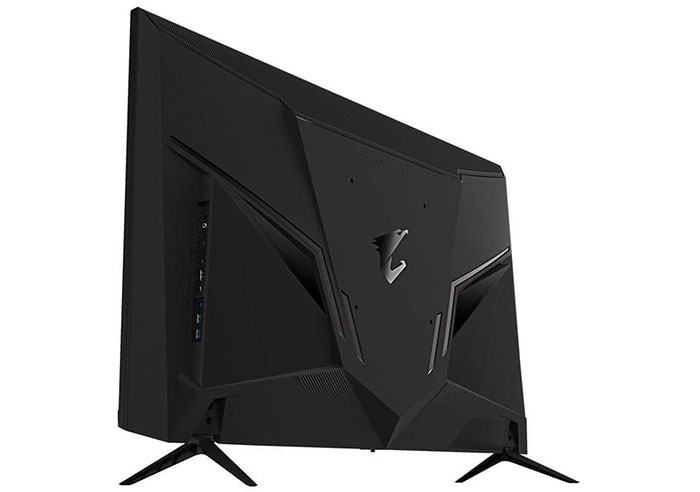 You can see the Gigabyte Aorus FV43U 4K pro gaming monitor being promoted by the Aorus Philippines Facebook account, and at Vietnamese and Japanese retailers, though I don't have the retail links. VideoCardz says that it is being listed at the local equivalent of approx US$1,500.

Posted by Iota - Fri 02 Apr 2021 18:35
Looks more like a 4K TV with that choice of stand….
Posted by QuorTek - Fri 02 Apr 2021 22:37
Pro-gamers would most likely use a smaller screen to have a better overall view, without losing milliseconds having to look over a large surface.
Posted by rabidmunkee - Sat 03 Apr 2021 09:26
I'm waiting for the LG 27GP950 tbh this one is too big
Posted by JerryTheC - Sat 03 Apr 2021 14:43
A big 4K monitor would be very nice for non-gaming use if you're sitting close to it. And I enjoy (1080p) gaming using a projector - though I'm sitting further away from the screen with that.
I think QuorTek has a good point - if you want to take everything in at a glance, you want to keep the field of view down to something manageable.
There are similar effects with astronomical eyepieces - with traditional and moderate wide angle designs (up to around 65-70 degrees Apparent Field Of View) you see the image as an obvious
circle on a dark background, and can take it all in in one go. With the newer ultrawide eyepiece designs (82-110 degree AFOV) the edges are far less noticeable even at 82 degrees, and you have to
look around to take it all in. While it's much more immersive, it makes scanning for something slower since you can't take it all in at once and have to look around. Not a huge deal for astronomy - I find the immersive view worthwhile, though I usually use a non-ultrawide for looking for things - but could be a big drawback for pro combat gamers.
Posted by rave_alan - Tue 06 Apr 2021 02:46
A good one, would be perfect with 100% adobeRGB coverage.In this case it would be interesting not only for gamers, but for photographers, designers.