Dell has launched what it claims to be the "the world's first 40-inch ultrawide curved 5K2K monitor". The new Dell UltraSharp 40 Curved WUHD Monitor (U4021QW) has that claim to fame. The U4021QW is one of a raft of new creative productivity enhancing products announced yesterday alongside; some new laptops, new modular AiOs, and a trio of video conferencing monitors. 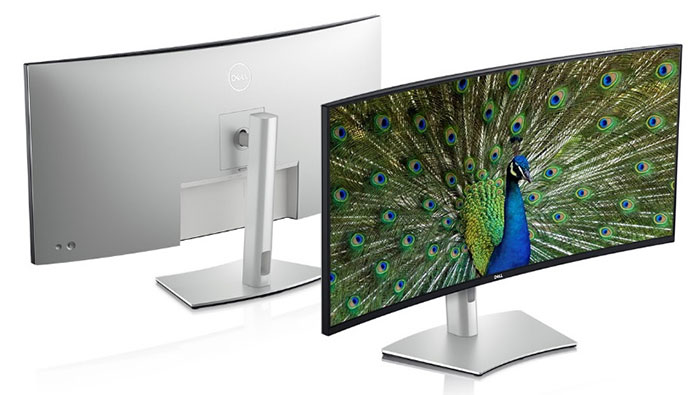 Focussing back onto the main attraction, the U4021QW offers a 40-inch diagonal and a resolution of 5,120 x 2,160 pixels (104 ppi). That is a little wider than a 4K monitor but not exceptionally wide. It might be good for 4K video editors seeking to edit footage at 1:1, while keeping the control panel UIs on the same screen. This screen's curvature is a rather gentle 2500R. Other important screen stats are the colour coverage of 100 per cent sRGB, 100 per cent Rec. 709, and 98 per cent DCI-P3. In 'fast mode' the screen has a 5ms response time.

For connecting up to the U4021QW you can pick from DP 1.4 (1x), HDMI 2.0 (2x), or Thunderbolt 3. A USB hub is present with a USB Type-B upstream port complemented by a UDB Type-C downstream connector as well as five USB Type-A 10Gbps ports (one with fast charging), an RJ45 port, plus a 3.5mm audio jack. Further attractions of this 40-inch dazzler are its dual 9W speakers, built-in KVM functionality and PbP mode.

Dell has won a CES 2021 innovation award thanks to this monitor which is expected to ship starting 28th January, priced at US$2,099.

Before signing off on this Dell-based story, the new OptiPlex 3090 Ultra and larger screened OptiPlex 7090 Ultra AiOs are worth a mention with their interesting approach to modularity – they pack the computer into a rectangular pack that sits betwixt the monitor and the stand. In theory this will make them easier / cheaper to upgrade when the time comes. With the new range you can choose up to an Intel Corei7-1185G7 processor, which should stave off the need to upgrade for quite some time. These Dell AiOs are also released on 28th Jan, starting at US$659 and $769, respectively. 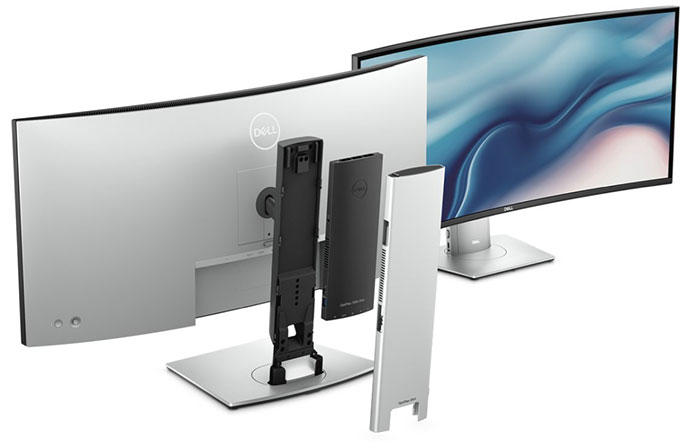 Terbinator
Weird product. Seems to have a lot of stuff that no one wants - curved 40" screen (I'd have thought flat is better for workflow?), lower PPI, no HDMI 2.1 / gaming features?

It's made by Dell, which is a business brand first & foremost.
They've been moving their gamer stuffs to their Alienware brand.
Posted by abcvd22 - Wed 06 Jan 2021 18:27

Terbinator
Weird product. Seems to have a lot of stuff that no one wants - curved 40" screen (I'd have thought flat is better for workflow?), lower PPI, no HDMI 2.1 / gaming features?

It's made by Dell, which is a business brand first & foremost.
They've been moving their gamer stuffs to their Alienware brand.

Not using HDMI 2.1 was pretty stupid though, at that resolution HDMI 2.0 doesn't have enough bandwidth for 60hz hence the 30hz limit we see

This seems pretty cool overall but skimped in enough areas to become not so appealling. I'll wait for other more feature complete monitors with this panel to appear on the market, preferably at more reasonable prices