You are here:
Monitors Android News

A number of sources suggest that Lenovo is developing an Android tablet that will double as a secondary (micro)HDMI display for your smartphone, laptop or Nintendo Switch. For now sites like XDA Developers and its sources - Deletescape and EVLeaks - are referring to this Lenovo device as the Lenovo Yoga X.

A developer document about the functionality of the Lenovo Yoga X, provides some insight into appealing dual-functionality. The tablet works simply as an Android smart device, as expected, but plugging in another micro HDMI attached device makes it function slickly as a second screen.

When you connect your PC, say, to the tablet, the Android OS is suspended and the screen can be used for content you have shifted to it. Windows 10, for example, gives plenty of second screen options using the Windows+P shortcut - PC monitor only, screen duplicate, extend, and second screen only are quick and easy to select or switch. 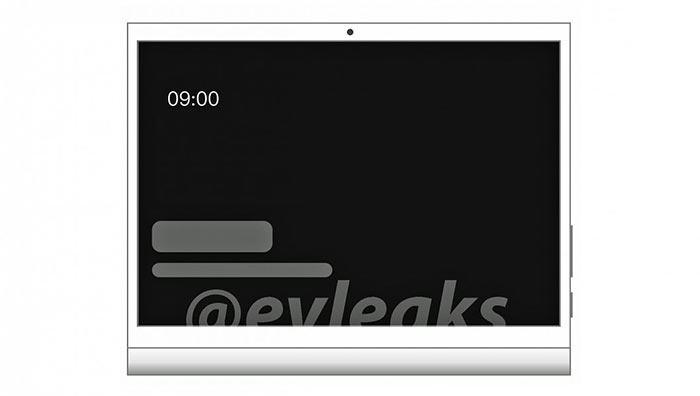 Some niceties of the Lenovo Yoga X dual-screen functionality are that its touch screen can still be used for tweaking settings, even when it has been taken over by the attached device. This means its power and volume buttons still work as expected and touching the screen allows you to twiddle I/O settings, plus brightness, power, and output config.

Apple has enabled modern iPads to work as a secondary screen for its Mac computers using the Sidecar feature. I've used a third party software tool to do similar previously (PC to iPad), but it is good to have these features built-in and considered as a selling point of a product like a tablet.

In the meantime, Lenovo has recently officially released the ThinkVision M14t Mobile Monitor. This provides a 14-inch Full-HD display with 10-point touch capability, 4096 pressure level active pen support to PC and smartphone users, and TÜV Rheinland Low Blue Light technology. On screen adjustments for brightness, contrast, and rotation are available - but the screen orientation can be set to auto-rotate.

Users can position the ThinkVision M14t in portrait and landscape modes, with an L-shaped dongle providing two full function USB Type-C ports. It weighs a little under 700g with kickstand. Lenovo's ThinkVision M14t Mobile Monitor will become available in September, costing around US$450.

Posted by cheesemp - Mon 13 Jul 2020 13:10
"Some niceties of the Lenovo Yoga X dual-screen functionality are that its touch screen can still be sued for tweaking settings"

Like what? I get updates regularly on my thinkpad/thinkcentre. Download the Lenovo Vantage app from the MS store.
Posted by ammocave - Wed 15 Jul 2020 10:40

I support, they do too much, but bugs do not fix :wallbash::yucky::woowoo: