Aorus is teasing a big announcement for Thursday. On various social media platforms the company is suggesting its products will "soar to new heights" starting on 30th April at 10am PT (6pm in the UK). Gigabyte / Aorus hasn't actually said what will be revealed but its promo materials include various images and videos showing glimpses, silhouettes, and obtuse views of motherboards. Furthermore, there have been a significant amount of leaks suggesting all the usual big ODMs have Intel Z490 chipset motherboards poised at the starting blocks, and the motherboards / chipset launch will coincide with Intel's release of its Comet Lake-S desktop processors, which fit in the new LGA 1200 socket. 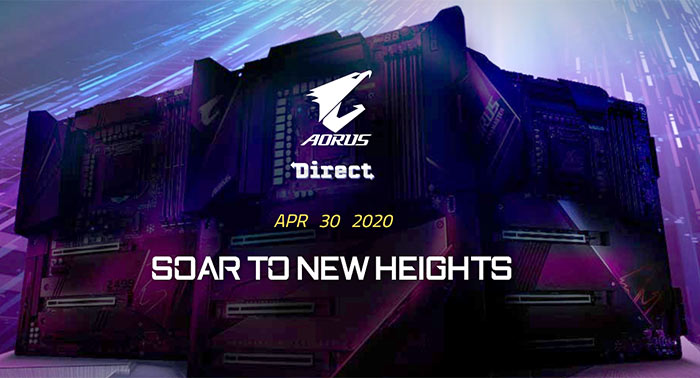 Our previous article on the leaks, mentioned in the intro, suggested that Gigabyte / Aorus had an impressive fifteen Z490 motherboards ready for the starting pistol. There are currently seventeen Z390 boards in the Gigabyte / Aorus stables and most of these will be revamped to create the new line. One thing that was a bit worrying about the previous leaks were that prices appeared to be about 30 per cent higher than the current gen, on average. 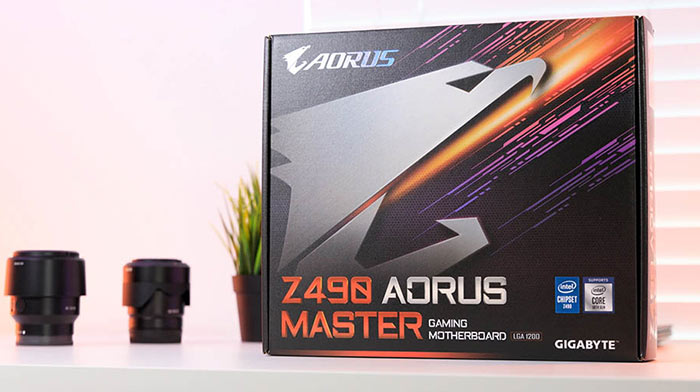 Intel typically starts by launching its higher tier CPUs with a new platform like the 400 series chipsets enable, so its natural these high end / enthusiasts / PC gamer Z490 motherboards come out first. However down the line we should expect a full range of 'horses for courses' which is likely to include the likes of the Q480, H470, B460, and H410 chipsets with LGA 1200 sockets and a sprinkling of more modern features than their respective predecessors.

With Gigabyte / Aorus gearing up for Thursday one might expect similar teases and consequent announcements on the day from the likes of Asus, MSI, ASRock and others.