Gigabyte has launched a new enthusiast motherboard with an integrated all-in-one monoblock. The new Z390 Aorus Xtreme Waterforce delivers a nicely integrated cooling design covering the essential CPU and PCH areas with Gigabyte's Perspex RGB LED lit monoblock, claimed to "ensure stability and low temperature under full load". The transparency and colour lighting of the monoblock sets off the dense blacks of the motherboard's nanocarbon baseplate. 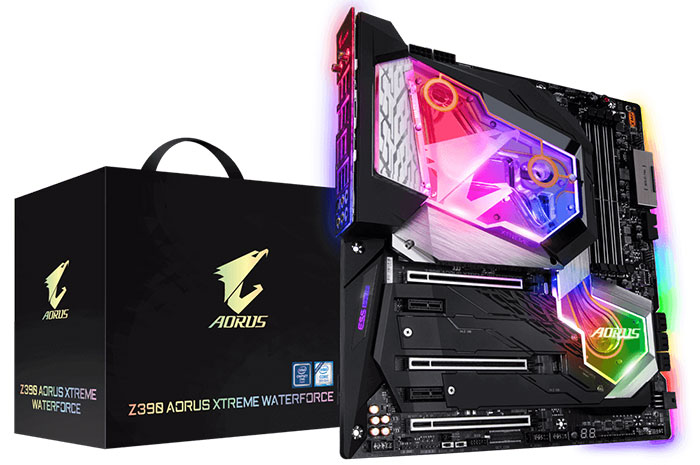 While it is an 'all-in-one' design, there is still quite a bit of assembly and setup to do. Buyers must decide upon, purchase, and fit a CPU before fitting the cooling block and then connecting the monoblock to a new or existing liquid cooling system. After that, the usual RAM, expansion card(s), and storage will be connected up. Then users will be dabbling with the RGB Fusion lighting on board the Z390 Aorus Xtreme Waterforce and possibly installing some additional RGB LED strips. 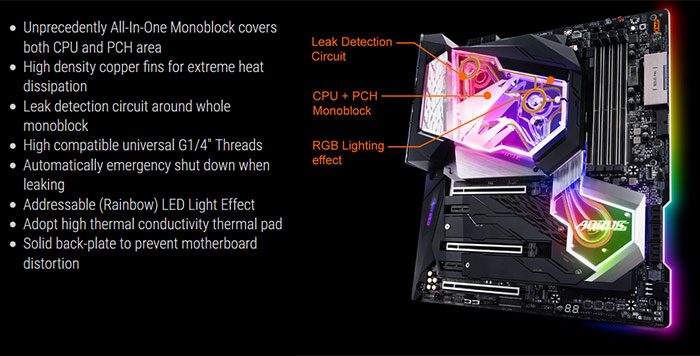 Beneath the monoblock cooler, and other key areas of the motherboard, Gigabyte has an array of sensors (10x) and there are plenty of hybrid fan headers too (8x) to keep your motherboard and components monitored and cool under pressure. This motherboard is designed for high spec systems and Gigabyte boasts the board offers appropriate features such as 16-phase IR digital VRM, OC Touch control panel expansion, M.2 thermal guards, hi-fi audio, and next gen connectivity. 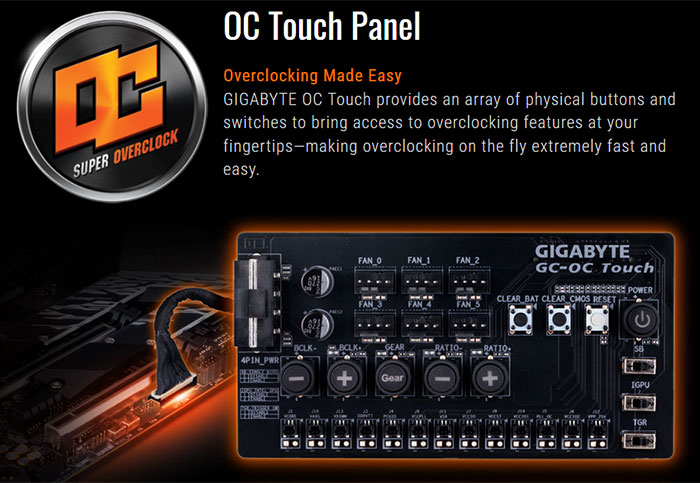 The official highlights of the Gigabyte Z390 Aorus Xtreme Waterforce motherboard are as follows, but you can read through the full tech specs here.

Gigabyte hasn't provided product pricing or indicated availability at the time of writing. However, the 'regular' Z390 Aorus Xtreme costs about £530, so the addition of the custom monoblock could easily push the price up to £600 or higher.

It also has DiplayPort 1.4 Input so that the Thunderbolt ports can utilise extrenal graphics card processing. This brings support for 8K via the USB-C ports, which means the Thunderbolt chipset might be the new Titan Ridge.