Both Gigabyte and ASRock have released Gemini Lake motherboards with pre-installed Intel Pentium Silver and Celeron processors. Looking through the offerings all three motherboards seem to currently only be available with the Intel Quad-Core Processor J4105 (up to 2.5 GHz) Celeron pre-installed. However Gigabyte mentions that its J/N Series motherboards will be made available with a choice of the “latest Intel Pentium Silver/ Intel Celeron processors”. All the new boards are fanless solutions and can handle 4K video. There will also be pre-built systems built upon this platform, so far there are confirmed Intel NUC and Zotac Z-Box machines.

Gigabyte is among the first companies to release a Gemini Lake motherboard for those who would like to build their own more customised ITX PC systems. Gigabyte’s first J/N motherboard offering is the J4005N D2P. It sports, a PCIe 2.0 x16 slot, and both parallel and serial ports. For storage it offers integrated PCIe Gen2 x2 M.2 slots, and an M.2 SATA option, and two SATA3 ports. There’s a Wi-Fi choice; between the native Intel WI-FI via the M.2 Connector or the Intel CNVi wireless networking solution for an extra fee. 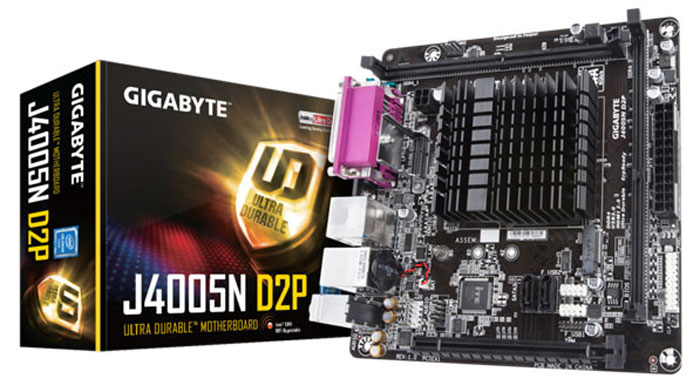 Particular attractions of the Gigabyte board include its use of UDIMM DDR4 modules rated for 2400MHz. Furthermore, Gigabyte says it will offer customers the flexibility of changing the SoC. The usual Gigabyte Ultradurable components are employed too; humidity protected glass fabric PCBs, long acting capacitors, anti-surge ICs, low resistance MOSFETS.

At the time of writing I couldn’t find a direct link to the Gigabyte J4005N D2P.

The ASRock J4105B-ITX is very similar to the Gigabyte board described above except that it uses SO-DIMM modules. Meanwhile the ASRock J4105-ITX offers a PCIe 2.0 x1 and M.2 (Key E) in place of its sibling’s PCIe 2.0 x16 (x2 mode), doubles up the SATA3 connector count to four, but drops the parallel and serial ports. There are other small differences you can check through on the respective product pages. 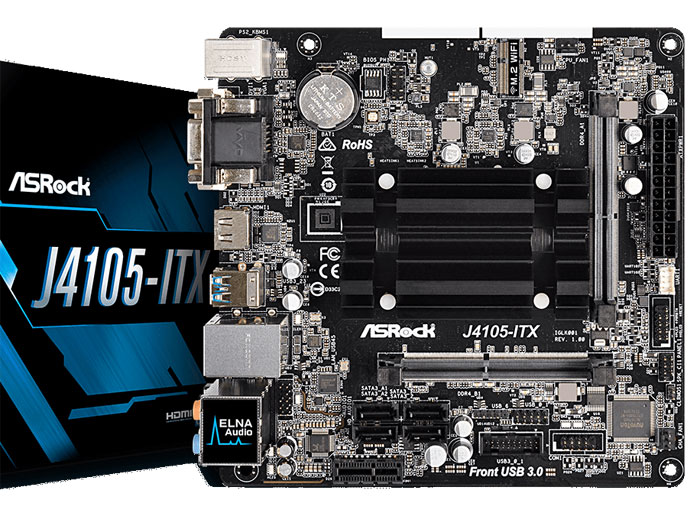 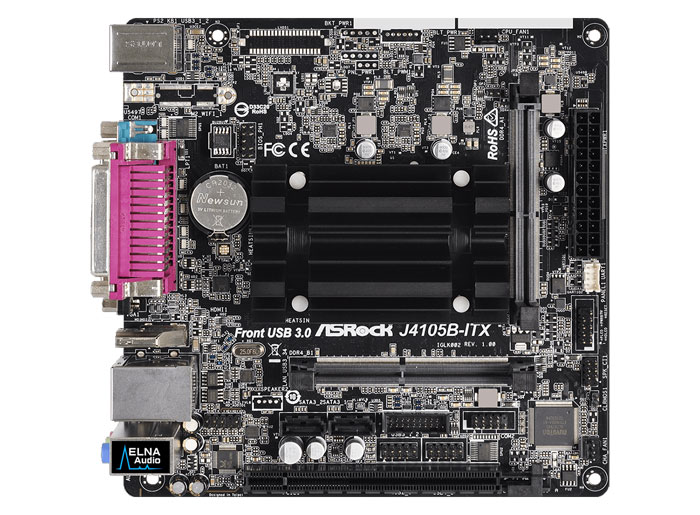 Posted by this_is_gav - Mon 22 Jan 2018 10:21
I assume the only reason for serial and parallel ports is legacy hardware? I can't imagine there's much outside of specialist organisations (NHS)?

Even in a school our oldest obsolete equipment (eg digital microscopes) was USB.
Posted by afiretruck - Mon 22 Jan 2018 11:17
Am I the only one who thinks the RCP of $107 is far too steep for these Celeron CPUs?