As the value of Ethereum (ETH) revisits and climbs beyond the heights of the previous boom, there is more bad news for PC gamers and enthusiasts looking to get their hands on the latest and greatest GPUs. This weekend there were reports pointing to Chinese crypto mining organisations buying up GeForce RTX30 laptops in bulk. Some might have hoped this was one way to get the latest AMD/Intel/Nvidia tech and enjoy PC gaming - but it looks possible these portable objects of desire could be swiped from the shelves before you get to them – especially the best value offerings. 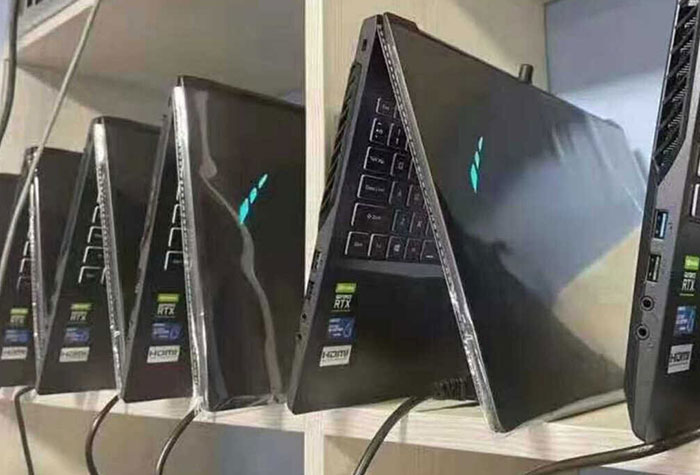 A few days ago this laptop mining activity came to light as Chinese social media users shared images of RTX 30 laptop installations busily mining ETH. Nvidia partner laptops featuring Ampere GPUs are only just starting to become available, depending on your region, so to see them repurposed in this way will be depressing to some.

Demonstrating the ETH mining capability of a new laptop featuring an RTX 3060 Mobile GPU, a Chinese content creator headed to Starbucks with her portable, plugged it in at the café and after a couple of hours had made enough crypto (0.00053ETH) to pay for the coffee… Apparently, a Starbucks coffee is just 62p in China.

In related news, there are reports that Chinese crypto mining firms have been setting up in Iran due to the country's particularly low electricity prices. In recent weeks this business venture has begun to have an impact on Iran's power networks. Iran has started to see more frequent blackouts as the demand for electricity is becoming too much for the infrastructure to bear. 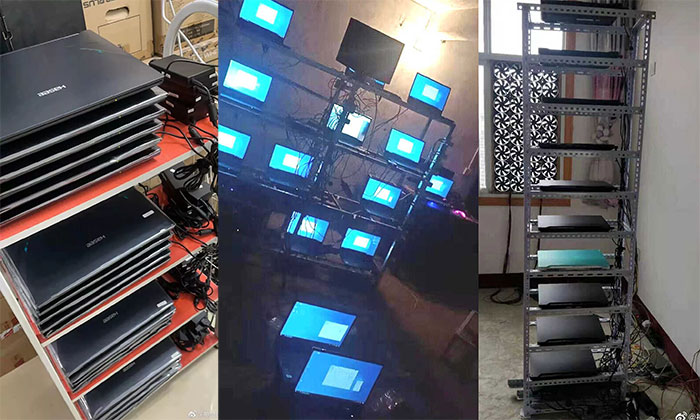 Reports suggest there are 14 massive crypto mining farms in Iran that consume 300 megawatts of power – comparable to a conurbation with 100,000 residents. That doesn't sound incredibly large, but problems might arise to the concentration of consumption.

Ethereum is a cryptocurrency that is one of the most popular with GPU miners, and it is currently valued at 1ETH = US$1,620. A year ago you could have bought 1ETH for US$225, and it dipped to $125 in March.

Posted by DanceswithUnix - Mon 08 Feb 2021 13:23
Why can't they just buy tulips like sensible people…
Posted by Wirko - Mon 08 Feb 2021 13:35
Now if the whole world starts doing the same, the price of electricity will remain constant … in ETH.
Posted by cheesemp - Mon 08 Feb 2021 13:39
I've got to be honest it still seems as crazy as the Dutch bulbs boom. I've not touched any crypto currency when some brilliant mathematician could find a vulnerability and wipe the entire value out overnight. (Still feeling glad I got a xbox series X as it doesn't look like I'll be replacing my rx480 anytime soon!)
Posted by badass - Mon 08 Feb 2021 14:52

cheesemp
I've got to be honest it still seems as crazy as the Dutch bulbs boom. I've not touched any crypto currency when some brilliant mathematician could find a vulnerability and wipe the entire value out overnight. (Still feeling glad I got a xbox series X as it doesn't look like I'll be replacing my rx480 anytime soon!)

It absolutely is crazy and is simply a tulip repeat. There is no significant use case for any cryptocurrency where there isn't an other way of achieving the same things cheaper. Other than money laundering.

The same applies to any blockchain tech. I've still not had anyone present a business case for any blockchain technology that isn't better solved some other way. My opinion will not change once some of them get proof of stake working either.
Posted by QuorTek - Mon 08 Feb 2021 15:27
what is it that makes GPU's so good for this?