We saw evidence of an impending Dell XPS 15 and XPS 17 launch a fortnight or so ago, when Dell France accidentally spilled images and detailed specs for these high-end laptops. Now they have become official, with Dell heralding their arrival via its Direct2Dell news blog. Moreover, these attractive Windows laptops are available to purchase immediately, depending upon your region. 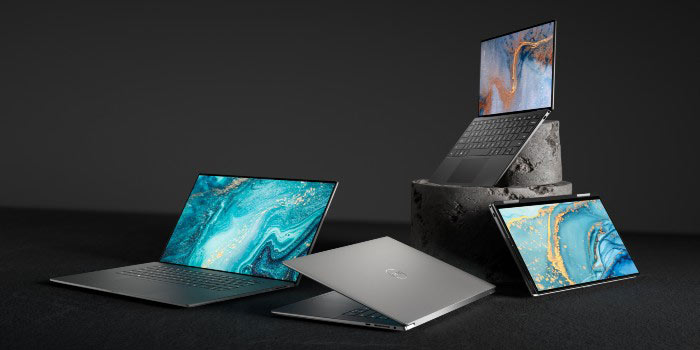 The Dell XPS 15 and XPS 17 share a design which marks a departure from what we have seen for several generations of XPS 15. It isn't a huge change as the designs stick to premium aluminium and carbon fibre construction. However, the machines come with 4-sided 16:10 aspect ratio InfinityEdge displays and two upward firing Waves Nx 3D audio powered speakers flanking the keyboard deck. Another significant change is the port selection has been modified with USB Type-C destined for most duties but thankfully an SD card reader, and combi audio port, remain in place.

Dell's new XPS 15 is claimed to be the world's "smallest 15.6-inch performance class laptop". This is quite an impressive feat with the larger 16:10 display. The reduction bodes well for the portability of the XPS 17, but more on that later.

Buyers can spec the XPS 15 with the 10th Gen Intel Core Processors, Nvidia GeForce GTX 1650 Ti graphics with Max-Q design, up to 32GB RAM, and a battery delivering up to 25-hours away from the mains socket.

Despite the slim screen bezels Dell has fitted a webcam and mic above the screen, its preferred position in a laptop design.

Perhaps the bigger news is the first XPS 17 laptop launch in nearly ten years. This machine is claimed to be both the "most powerful XPS laptop ever," and the "smallest 17-inch laptop on the planet". Again, thanks to the use of the 4-sided 16:10 aspect ratio InfinityEdge display, and some clever engineering, the new XPS 17 is physically smaller than 48 per cent of 15-inch laptops on the market today. For reference the XPS 17 measures 248 x 374 x 19.5mm and the starting weight is 2.11kg for the 56Wh battery version. 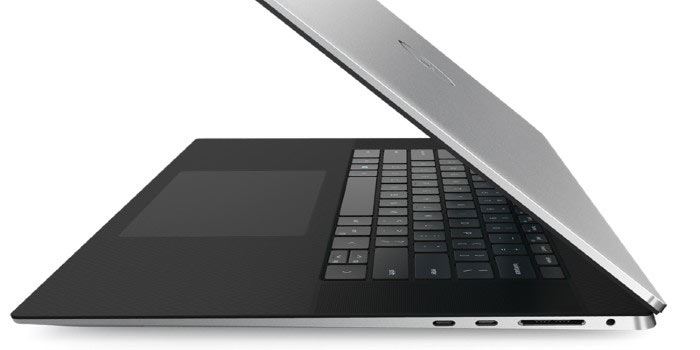 Intel 10th Gen Intel Core Processors feature again. However, the largest XPS laptop can be specced with a more powerful GPU than its stable mate - up to an Nvidia GeForce RTX 2060 graphics with Max-Q design. Up to 64GB RAM is configurable too.To cope better with the thermal repercussions Dell has implemented a new thermal design to make sure the XPS 17 is calm under pressure. You will have seen a diagram of this cooling system in the leaked images from April. 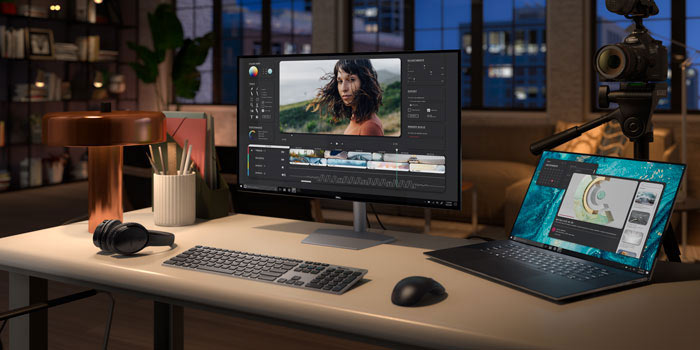 Dell XPS systems traditionally come with high-spec built-in displays and that remains the case. These machines can be configured with various colour accurate, bright and vibrant displays with FHD+, 4K+, HDR, and touch options.

The Dell XPS 15, starting at US $1,299.99, is available in the U.S. and Canada today and across participating European and Asian countries throughout this week. Dell's XPS 17, starting at US $1,499.99, will be available in the U.S., Canada and participating European and Asian countries this summer. Dell is also launching Creator Editions of both the XPS 15 and XPS 17.

Scare bleu.
Posted by Tabbykatze - Thu 14 May 2020 13:54
So much more flare given to these mediocre upgrade processors.
Posted by Gentle Viking - Thu 14 May 2020 14:22
Hehe yeah it is also not like i have ruled out Intel, but AMD have tried hard lately and done well, and i like to support such persons / companies.
But i am still going to let common sense decide in a few months if i go for a laptop.

With the new GFX lineup, i am sort of hoping there will be a trade in option, even if my 5700 XT are not lagging in any way from what i throw at it at the moment.
Hell same go for the CPUs, but i am not made of money, and my only avenue of CPU upgrade are Threadripper 2 processors ( TR4 chipset ) but then again for the right deal i might be open to update to 24 cores from 12 :rockon: