Microsoft has just launched a raft of new Surface devices. The 'star of the show' is the Microsoft Surface Book 3 - the firm's most powerful laptop ever. Other tasty hardware morsels that have appeared on the Surface menu include; the Surface Go 2, Surface Headphones 2, Surface Earbuds, and Surface Dock 2. 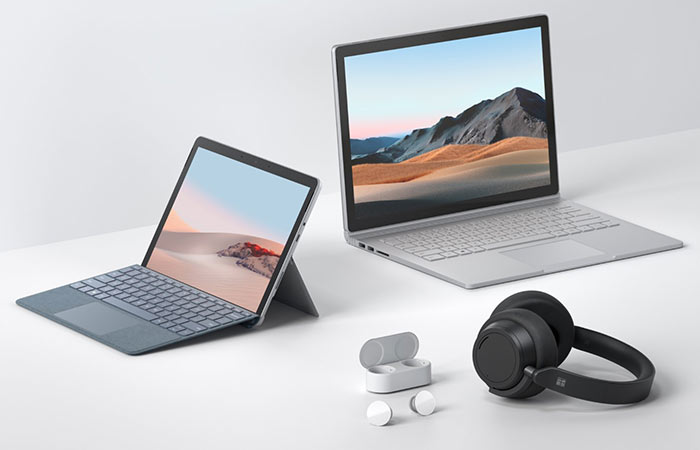 Microsoft claims that the new Surface Book 3 is up to 50 per cent faster than the Surface Book 2, yet still delivers great battery life up to 17.5hrs. Buyers will have quite a few choices to make with the new Surface Book 3; a 13- or 15-inch high-DPI PixelSense screen, choice of 10th Generation Intel Core processor, and choice of discrete Nvidia GeForce GTX or Quadro RTX GPUs. Additionally Microsoft has upped support for RAM, now up to 32GB, and the storage is upgraded to the fastest SSD yet.

Surface Book 3 specs are tabulated below for easy comparison

Discussing the portable power available from these hybrid machines, Microsoft said that the 15-inch machines are powerful enough "to play the top Xbox Game Pass for PC titles at 1080p in a smooth 60 frames per second." It went on to pitch the Quadro RTX 3000 equipped models at commercial customers and educational institutions. 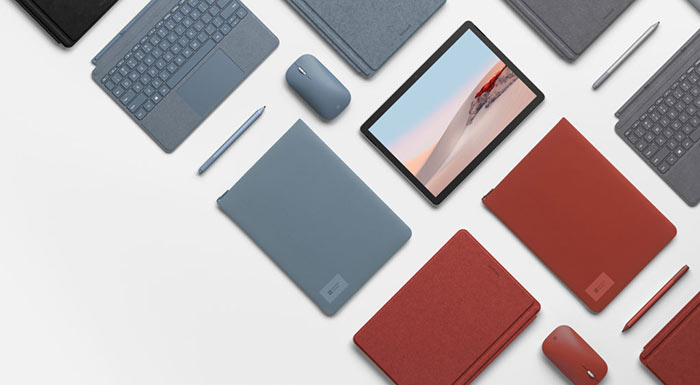 Earlier today HEXUS wrote about some Surface Go 2 leaks and mentioned the possibility of a launch event this afternoon. What we mentioned in the previous article(s) appears to have been bourne out by the news release this afternoon. The new Surface Go 2 is indeed based around a new 10.5-inch display. The new compact device is "up to 64 per cent faster" thanks to the move from 8th to 10th gen Intel processors, especially for the first time the Core M series.

Other improvements to the entry level hybrid device from Microsoft are; dual microphones, updated 5MP webcam, and the new colourful choice of type covers, sleeves and accessories.

Thankfully Microsoft hasn't upped the price of the entry level Surface device, it will again be available from $/£399. It ships from Monday, 11th May. An LTE enabled version will be coming later. 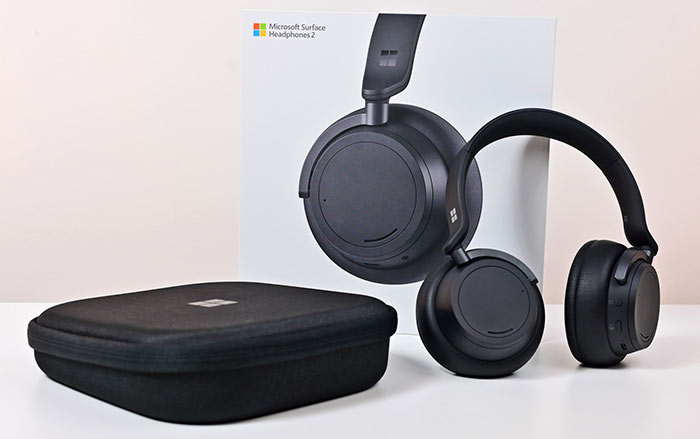 Microsoft has also launched the Surface Headphones 2 ($249, 12 May) and Surface Earbuds ($199, 12 May) to complete your Surface experience. It says the headphone design includes noise cancelling to help you "find focus wherever you are and stay connected to the people and content that matters". Meanwhile, the earbuds have intuitive touch controls and all-day battery life.

Microsoft's Surface Dock 2 ($259) is now magnetically connecting and delivers faster charging, higher data transfer rates "and the enterprise management tools people have been asking for". If you don't need such a wide range of connectivity the Microsoft USB-C Travel Hub might suit and it has a lighter price at $99.99. 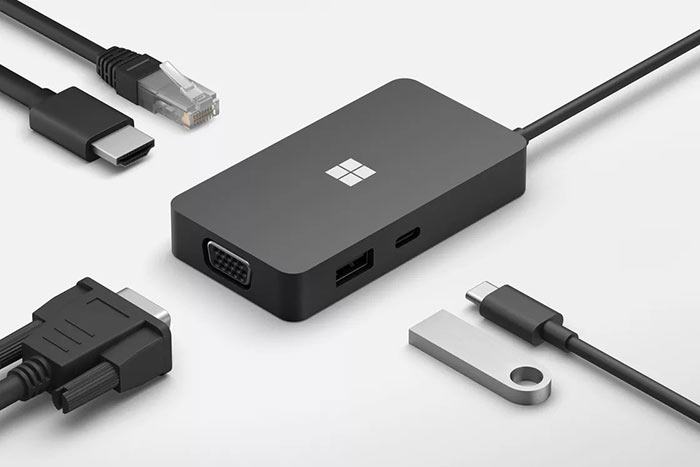 Posted by mtyson - Wed 06 May 2020 15:22
Just got a UK specific email after I uploaded the article, so for completeness:

Xlucine
I'm gonna keep saying it till they listen! A surface book 15 with the quadro GPU and an 8 core chip would be a very fancy way of doing CAD & FEA on the go

Well until you can a cpu with 8 core and built in gpu that can basically run at 15w (current lowest ryzen 8core is 35w) that isn't happening anytime soon on the surface book range… remember the cpu is in the ‘screen’ not the chassis.
Posted by afiretruck - Wed 06 May 2020 16:30

LSG501
Well until you can a cpu with 8 core and built in gpu that can basically run at 15w (current lowest ryzen 8core is 35w) that isn't happening anytime soon on the surface book range… remember the cpu is in the ‘screen’ not the chassis.