Gigabyte has announced that it has redefined its premium laptops lines with the latest and greatest processors from Intel and Nvidia. This of course means that its newest laptops will feature the latest 10th gen Intel Core i9/i7 H series 8-core CPUs and Nvidia GeForce RTX 20-series Super GPUs announced earlier today. Gigabyte's latest news bulletin provides highlights of the changes delivered to its Aorus Gaming, and Aero Creator laptops - and this involves more than just swapping out the CPU and GPU.

A brand new line of laptops unveiled today forms the Aorus Extreme Pro Gaming Line, which consists of the Aorus 17X, Aorus 17G and Aorus 15G. Gigabyte partnered with G2 Esports to launch these brand new gaming notebooks and explains that they are "tailored to match the requirements of pro gamers, including features like mechanical keyboards, a 240Hz refresh rate display, and enhanced cooling technology."

In addition to the standard 240Hz refresh rate displays, Gigabyte is particularly proud to claim that its Aorus Extreme Pro Gaming Line are the industry's lightest laptops to feature "true mechanical keyboards". Gigabyte partnered with Omron to make these keyboards which feature shortened switch travel distance to an actuation point plus tactile feel and crisp switch feedback. 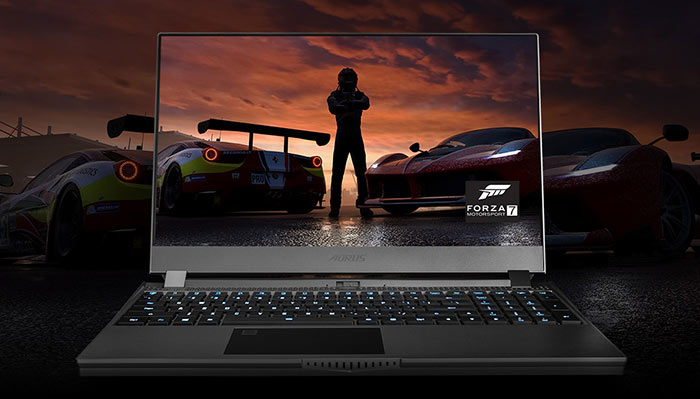 The Aorus Premium gaming laptops like the Aorus 7 and Aorus 5 have also been updated to the latest processors from Intel and Nvidia. These are still premium in that they offer punchy mobile performance, 144Hz displays, fast storage, and RGB backlit keyboards. All of the new Aorus designs feature exclusive Gigabyte WindForce Infinity cooling technology. 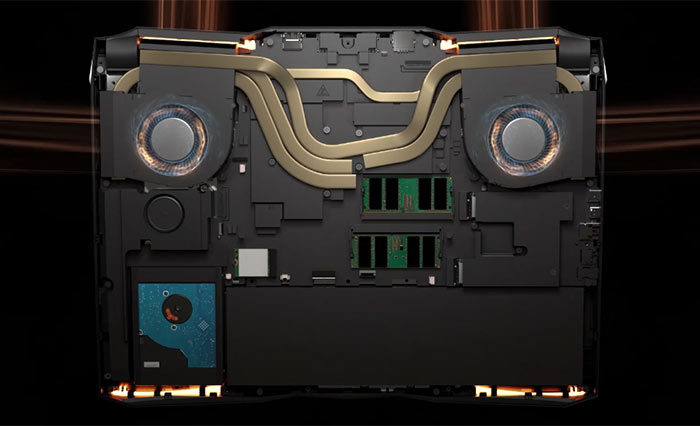 Gigabyte began producing the Aero line back in 2016 and has just launched some major upgrades across the range. These Nvidia Studio certified machines of course implement the latest 10th gen Intel Core i7/i9 processors and Nvidia GeForce RTX Super GPUs but it sounds like the display options have been enhanced significantly too.

The new displays used by Gigabyte in its Aero series have been configured with the help of Xrite Pantone for colour calibration and achieve Delta E < 1. Creators will welcome the AMOLED 4K display and HDR True Black panel options too.

MSI has revamped its laptop ranges too. You can head on over to the official MSI news blog to check out all its new and updated laptops for gamers and creators (12 new models) if you like this brand.

Actually as it is now having tried the latest version a few weeks ago i have lost control over my RAM, which in leu of better i have been controlling with the software from the RAM maker ( geil )
But now its just gay RGB rainbow and there are nothing i can do about it, at least not without reinstalling something or maybe even everything.

So i think i will stay clear of gigabyte in the future.
Posted by Jonj1611 - Thu 02 Apr 2020 15:30
I have an RGB option in the bios, have you turned it off in there?
Posted by Gentle Viking - Thu 02 Apr 2020 16:39
Yes i did turn it off a while back as i dident want to look at the mess.
But i of course turned it on again for trying the new RGB fusion software, and i think it turned it off in bios again at least the only light are on my RAM and GFX ( also controlled by its native software, but the powercolor red devil GFX was not detected by the RGB fusion software )
Posted by Jonj1611 - Thu 02 Apr 2020 16:49
I have an EVGA GTX1080 and you need to use the manufactures own software to control the RGB, RGB Fusion doesn't do it

I expect its the same with the powercolor. It will be in its own driver/software somewhere.
Posted by Gentle Viking - Thu 02 Apr 2020 17:15
Yes the powercolor program work like a charm, a bit limited in what it can do, but i can make it work, beside putting on a full cover EK cooler mean i will have to use its build in RGB, just not sure how ATM.

TBH i am in the process of building / modifying a new home to my hardware, and i also have some plans about tearing into the Aorus extreme motherboard.
BUT ! those i think will have to wait until the hardware are up and running in its new home, and what i plan to do i also think i can do without needing to decouple the cooling loop and detach the motherboard from its tray.

I should maybe also just mention i am of course also on the newest bios version, in the case named F5.