Today Dell has unveiled the latest XPS 13 2-in-1 laptop. The iconic PC systems maker claims that since the previous version, the XPS 13 has been "improved in every conceivable way". It certainly is an attractive machine, which delivers an enhanced display in a thinner, lighter, and more powerful form than ever before. The XPS 13 offers a 2x performance uplift compared to the 2015 model, while becoming both thinner (30 per cent thinner) and lighter, according to Frank Azor, VP and GM of Dell XPS. In fact Dell claims the XPS 13 is now the smallest 13-inch laptop on the planet.

Beyond its purely technical improvements Dell has also tuned the looks of this machine with inspiration from the fashion world and use of a new crystalline silica material with the colour woven in, like a fabric, in nine composite layers. The glass weave has a titanium oxide coating for a pearlescent sheen and UV and stain-resistant protection plus superior heat resistance to metal. Elsewhere the chassis is constructed with CNC machined aluminium and the machine is available in platinum silver (black carbon fibre inside) or rose gold (white glass fibre inside). 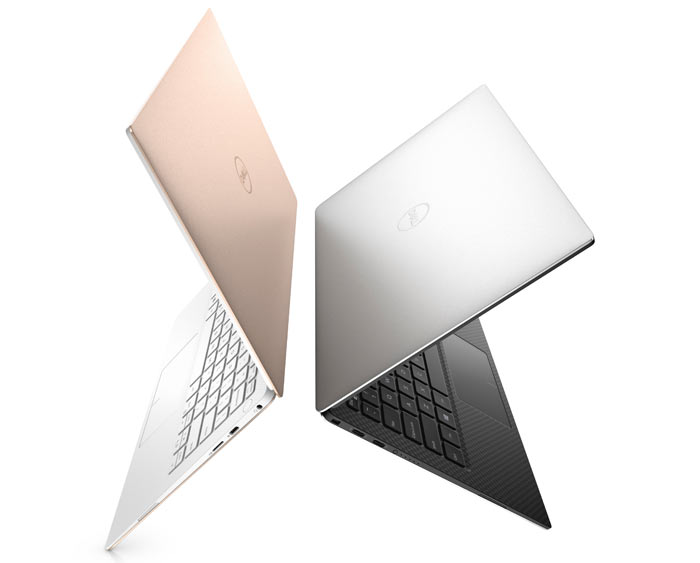 Inside the XPS 13 you will find the following key hardware components:

In addition to the above Dell says the new XPS 13 is the first laptop built with GORE Thermal Insulation. It is claimed that GORE, a silica aerogel as used in space vehicles, directs heat out of the device to keep the machine's internals cool. 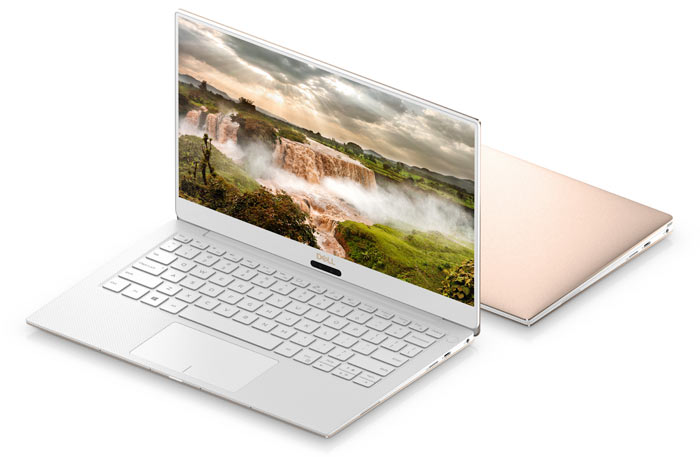 For pricing and availability we see from the supplied press materials that the all new XPS 13 is available immediately in the US starting from $999.99. Here in the UK, Dell told us in an email that the new XPS 13 will also be available straight away via Dell.com and John Lewis priced from £1,269. The Ubuntu based developer edition starts at £1,319 beginning today on Dell.com in the US and Europe. If you want the XPS 13 rose gold version you will have to wait until Feb and it will start at £1,669 (not sure if higher base spec, at the time of writing).

$999 in the US but £1,269 here, when did the price stop being digit for digit? That's an insane increase, even accounting for VAT, you could probably import from America and be in pocket substantially rather than just shaving a little bit off the top…
Posted by ik9000 - Thu 04 Jan 2018 10:47
thinner hey? So presumably still hamstrung and throttled by the poor thermal paste, de-soldered chips and questionable cooling system? I'll believe this GORE guff when I see the test results.
Posted by meesmaalt - Thu 04 Jan 2018 10:48
Why dont they put ryzen mobile in the new laptops, they perform better.
Posted by ET3D - Thu 04 Jan 2018 11:22
I find the claim that it's “improved in every conceivable way” inconceivable, considering the reduced battery size and continued use of DDR3.
Posted by LSG501 - Thu 04 Jan 2018 11:50
“XPS 13 2-in-1 laptop”…..Maybe I'm missing something but this isn't a 2in1.

Also the price gouging on this is a little high. And why can't they do a nice all black or all silver option….

And as a little sidenote: Why do companies keep insisting on sticking their branding on the screen, we know which laptop we bought or are using…. that incessant need to brand the screen by dell has increased the bottom bezel too due to the screen placement and then the weird placement of the camera, something I'm sure they could have moved to the top because most people didn't like it down low…