Nvidia is preparing to launch the Nvidia GeForce RTX 3080 Ti GPU in May, according to several sources talking to leak loving website VideoCardz. With the time to launch narrowing we are seeing more leaks and spills about this high-end consumer graphics card and the VideoCardz report offers a bumper harvest including; one of the first die shots, some ETH mining performance tests, and a GPU-Z screenshot revealing some key specs. 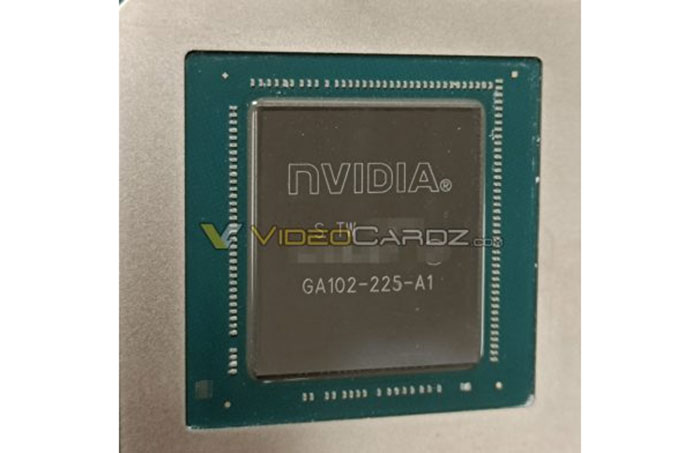 Above you can see the GA102-225-A1 GPU which you wouldn't normally see on your graphics card unless you repast or replace the stock cooler. This GPU sits comfortably between the one featured in the RTX 3090 and the 3080, with the CUDA core count close to the former and the memory allocation nearer the latter. Thankfully its MSRP is also much nearer the RTX 3080 – but as you must be used to by now, it will be a feat if you manage to secure one of these graphics cards next month. 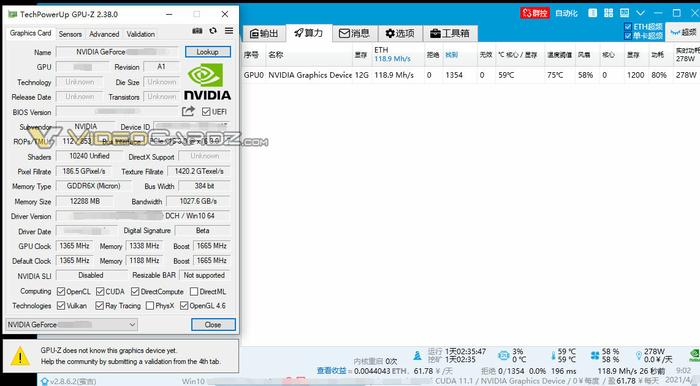 A bit of ETH mining was done on the sample, and you can see the card mustered an impressive 118.9Mh/s. The mining app reveals that some mining optimizations have been done. The source ponders whether this is a qualification sample under test - on which Nvidia hasn't implemented the crypto limiter. Nvidia is supposed to be revamping the crypto-nerf tech it uses in a refresh of all Ampere cards, as well as ensuring ResizableBAR support.

Sounds ideal for mining ;)
Posted by Spud1 - Fri 23 Apr 2021 12:05
It's a rather daft card for them to release really isn't it. They can't make their current cards fast enough, so they decide to release yet another SKU that they know they also can't make fast enough, further increasing demand and constraining supply etc.

Crazy timing..really don't get why they don't just abandon this one and leave it until next year. They don't even need to release a 12GB card to fight back against AMD - they already have the superior or equal product (choose depending on whether you care about DXR) for gamers (who don't currently need 12gb, and certainly don't need 16 or 24gb of memory).