The video games industry often finds itself in a sticky situation with regards to next gen titles and next gen hardware. In the console industry new hardware launches are typically accompanied with a splurge of new and highly anticipated titles to inspire would be purchasers to part with their cash for the requisite hardware. 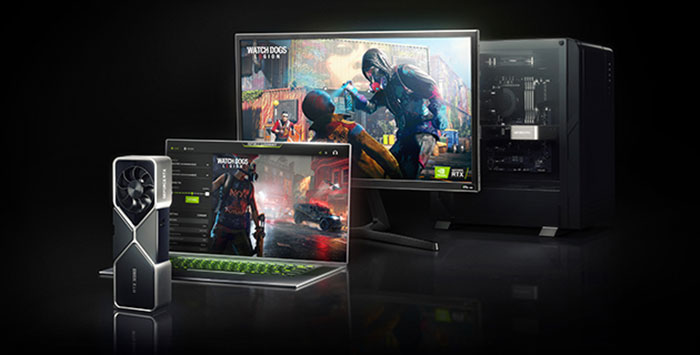 Naturally, with the PC being an ever evolving platform changes are less 'spiky'. Thus some who buy the latest PC components might have to wait quite a long time until support for the new tech gets utilised by the majority of PC games being developed. This is definitely the case with real-time raytraced games which have not been flooding the market by any means - but that support seems to be building very steadily now. And yes, it might be helped by the widespread adoption of real-time raytracing hardware in next gen Microsoft and Sony consoles before the year is out.

Today Nvidia PR emailed HEXUS with a list of a dozen titles which will be released before we say goodbye to 2020. All the titles feature real-time raytracing and/or DLSS technology support. Eight of the games are new with four of them being existing titles which will add 'RTX features' before the end of November.

Nvidia has a dedicated GeForce RTX page here if you want to read more about its latest GPU technology aimed at gamers and enthusiasts. If you scroll down you can check through the growing list of 'RTX Games' with links to learn more, watch videos, and some have downloadable demos/trials.

AMD will step into the real-time raytraced games hardware supply business shortly. Both consoles and PCs will benefit from AMD hardware assisted raytracing and other features before the year is out. Perhaps then we will see even more games announced with hardware agnostic raytracing support and patches / updates to enable this on existing titles.

QuorTek
the thing is, we do not really want DLSS… we want a card that can actually physically handle it all, and not grant us a massive powerbill as well.

Without dedicating several times more hardware to the ray tracing, that won't happen.
As good as the implementation is compared to brute forcing it, it is still way short of what it really needs for “real-time” in gaming.
Ray tracing for gaming just isn't ready yet, not by a long way.
Posted by Gentle Viking - Tue 20 Oct 2020 15:38
Isent it funny how modern games now feature so many rain puddles on the ground / streets.

Okay it could of course be they was there before and we just did not see them :-)
Personally i am not that big a fan of visual realism, or for that matter in game realism
Posted by Lord Midas - Tue 20 Oct 2020 15:49
Sweet, the more the merrier. Lighting is always key to more realistic graphics.