You are here:
Graphics Distribution News

If you are keen to get your hands on one of Nvidia's latest and greatest consumer graphics cards then 2020 looks like it could be rather unsatisfying. Nvidia CEO Jensen Huang took part in a Q&A session yesterday, rounding off the day's GTC schedule and was surprisingly candid about the GeForce RTX 3080 and RTX 3090 shortage situation. 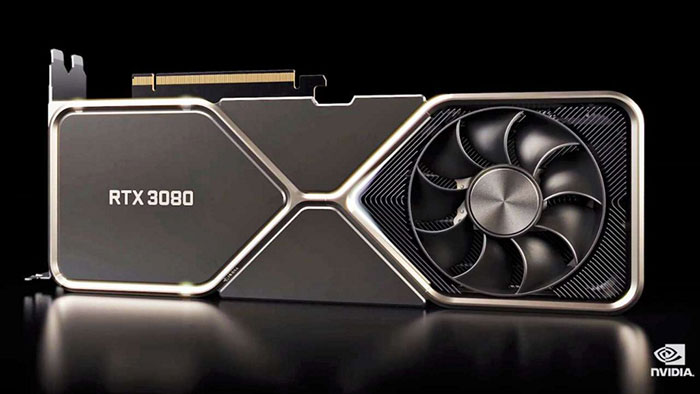 I've read a few summaries of the Q&A, like this one from CRN's Dylan Martin, but Tom's Hardware's Paul Alcorn looks to have delivered the fullest quote-packed coverage. On the topic of GeForce RTX 3000 series GPU shortages Hunag said "I believe that demand will outstrip all of our supply through the year". Instead of things getting better soon, Huang warned about the "double whammy… Ampere holiday factor" - a Christmas-time demand spike making cards even harder to hunt down.

Trying to provide some unforeseen demand excuses for the inadequate stock levels, Huang sais that "Retailers will tell you they haven't seen a phenomenon like this in over a decade of computing. It hearkens back to the old days of Windows 95 and Pentium when people were just out of their minds to buy this stuff," and thus "we just weren't prepared for it." Meanwhile the Nvidia CEO assured that partners are ramping really hard and "yields are great," but he can't really do much more to boost the supplies. 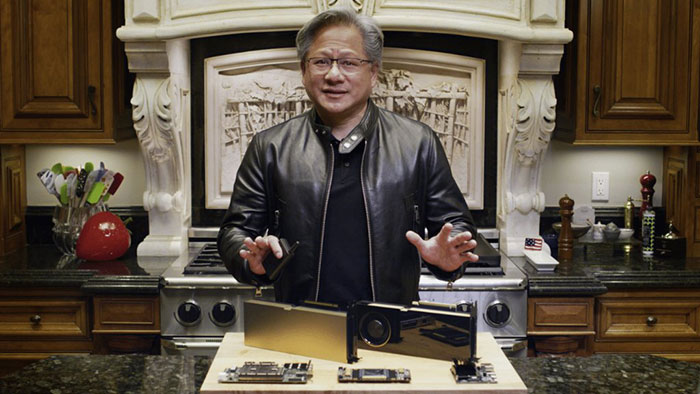 One might expect the upcoming GeForce RTX 3070 to offer even broader appeal and sell in much greater quantities. Recently Nvidia made the decision to delay the RTX 3070 launch by a fortnight. A larger day one stock level should give an adequate window to ordinary gamers and enthusiasts who are keen to purchase right away. That general availability also relies on partners and tech retailers getting their anti-scalper-bot shopping carts sorted out.

On the topic of making sure consumer products get into the hands of consumers directly, EVGA has announced that it is now using a queue-based notification system for orders in the US, and is looking to roll this system out to other regions if it works as intended.

Posted by ColinP - Tue 06 Oct 2020 11:34
So from now on, when you next wait ages for a bus and then two come along at once, just remember that it isn't that the first bus was late, it's that the bus company delayed it to ensure there was sufficient supply of buses for those who want to catch one.
Posted by chj - Tue 06 Oct 2020 11:39
"This will be the case until 2021 AMD release Big Navi" indicated Jensen Huang in a GTC 2020 Q&A session.
Posted by LSG501 - Tue 06 Oct 2020 11:53
This does seem a lot of pr bluster in all honesty…. basically implying the card is ‘brilliant’ and incredibly popular when in fact they just haven't made enough and arguably rushed it out before AMD got theirs out first.
Posted by kalniel - Tue 06 Oct 2020 12:09

What facts point to the latter over the former? Until financials get released we've no way of knowing whether demand was higher than expected or supply was less than expected (or both).