The intensity of rumours concerning new entrants to the Nvidia GTX 16 range of graphics cards has been turned up in recent days / weeks. HEXUS has reported on both the purported GTX 1650 Ti and GTX 1660 Super this month. Today's updates suggest that previous chitter-chatter has been rather accurate about Nvidia's intentions.

Video cards leaks specialist site VideoCardz says that its Asus HQ mole has given them the nod that the GeForce GTX 1660 Super is coming soon. At least three variants of the GTX 1660 Super are being prepared says the Asus source. Not surprisingly, given the current lineup of GTX 1660 cards from Asus, you will be presented with models that will fit within the Dual, EVO, Phoenix, and TUF3 series. 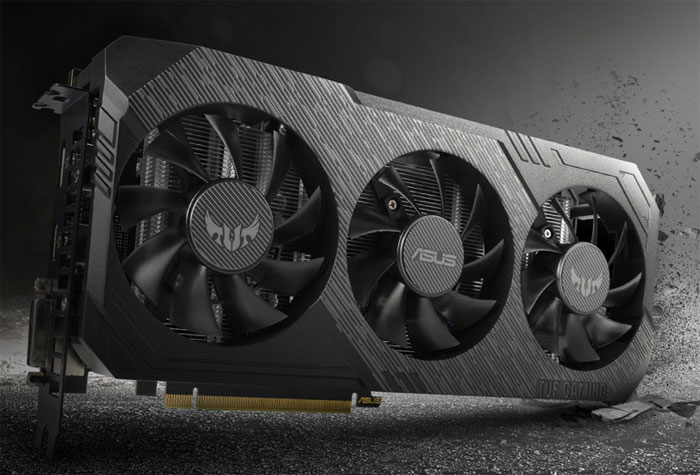 Alongside the GeFOrce GTX 1660 Super, Nvidia is expected to fill the gap between the GTX 1650 and GTX 1660 with the new GTX 1650 Ti. For this card we expect a full implementation of the TU117 GPU but there are varying reports on the memory config – but it is broadly tipped to be 4GB of GDDR5 VRAM, on a 128-bit memory bus.

Nvidia will launch these on 22nd October, say the sources, in an attempt to take attention and potential buyers away from AMD's latest low-to-mid range graphics card releases.

This article is wrong.

Apparently, the Bean can be hard to find.

This is all about shelf space - Baked Beans and toothpaste are a prime example of loads of products with little difference but take up half an aisle in the soupermarket.
Posted by globalwarning - Thu 26 Sep 2019 14:14

philehidiot
…This is all about shelf space - Baked Beans and toothpaste are a prime example of loads of products with little difference but take up half an aisle in the soupermarket.

I suppose this is true, but most people get their toothpaste and baked beans from a brick and morter store,, most people get their GPUs either from online, or from a computer that's got it pre-installed (and still probably from online). I'm really not sure how this helps Nvidia beyond market saturation, and certainly there must be diminishing returns on this, unless it really is just a binning process. I can't imagine how having to do all the AIB development and marketing is even remotely the most profitable option for Nvidia's partners…