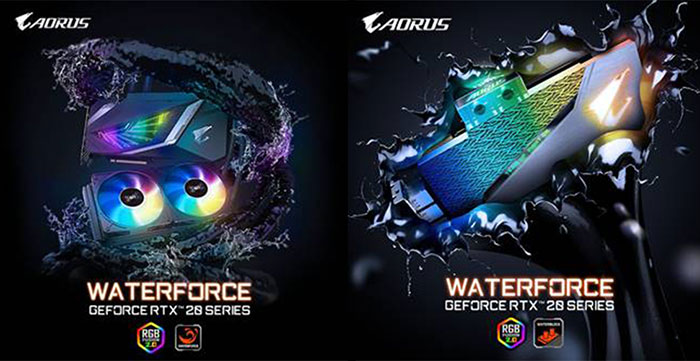 Whichever model you choose you will get a card that comes out of the box running with the following core and memory clocks:

As noted by Gigabyte in its comparison tool, these cards run at a 1860MHz core clock by default, compared to the 1815MHz reference model. Gigabyte says it has picked the best GPUs for these cards using Gigabyte GPU Gauntlet sorting technology. Whichever model you choose Gigabyte has prepared a 12+2 Power Phases design for 'extreme overclocking'. 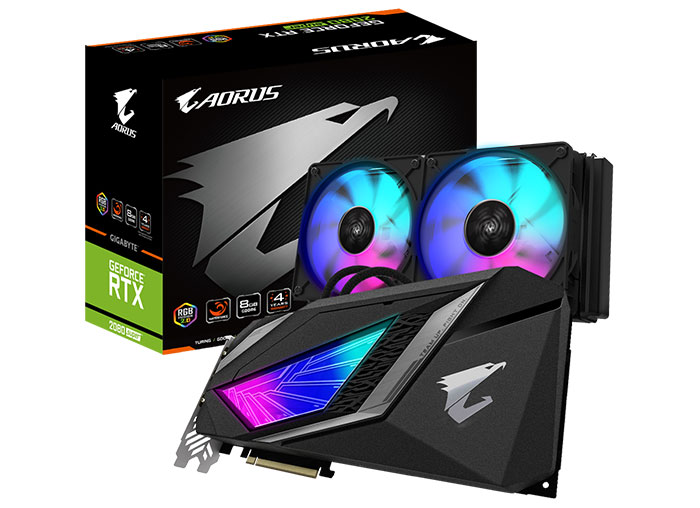 A big difference you will find is in the physical dimensions of the AiO vs the WB card. Naturally the WB model is quite a bit slimmer due to the cooling solution but relies on other cooling equipment in your PC. Both cards feature 7 outputs - an improvement on the reference 5 output design.

The AiO card includes a large copper base plate, and a built-in pump over the cooling shroud. Gigabyte says the base plate covers the GPU, VRAM and MOSFET areas to help maintain stable overclocks and extend the life of the product. The accompanying radiator is a 240mm model with 2x 120mm RGB fans. Both the card and radiator have RGB lights which can be controlled via RGB Fusion 2.0. 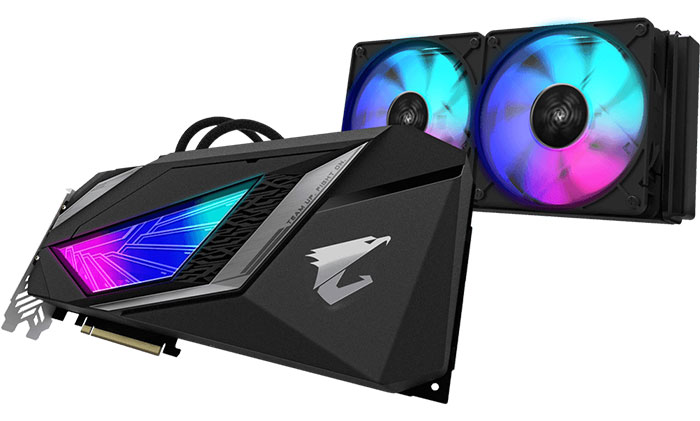 Moving to the WB model, this has a metal backplate, ultra-durable components, and a critical component covering copper base plate - like the above model - but atop of this is the large but slim water block with RGB illumination and liquid in/out section atop of it. Again the RGB lighting is configurable with RGB Fusion 2.0. 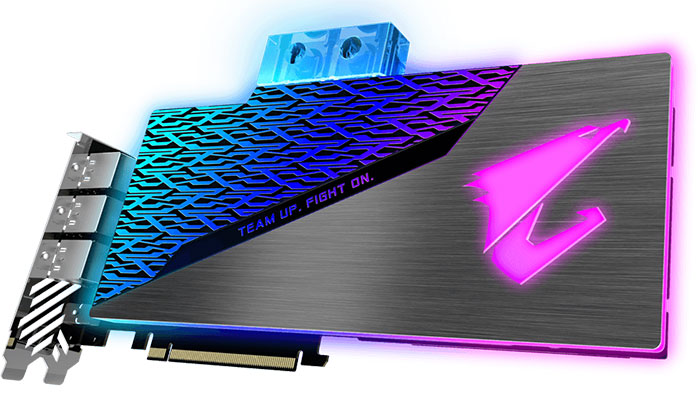 Both cards are backed by a 4 year warranty from Gigabyte. However, the firm hasn't announced availability or pricing for these new liquid cooled graphics cards as yet.

The last time the HEXUS editor looked at a Gigabyte Aorus WaterForce card was with the RTX 2080 Ti WaterForce (AiO), back in November 2018.

GinoLatino
Quietly because nobody cares :)

bit harsh. I was interested. What pump does the AIO version use, and is it noisy like the old Asetek-using cpu coolers?
Posted by iworrall - Wed 31 Jul 2019 08:44

GinoLatino
Quietly because nobody cares :)

bit harsh. I was interested. What pump does the AIO version use, and is it noisy like the old Asetek-using cpu coolers?

It does look suspiciously identical to the cooling setup on the RTX 2080Ti WaterForce Hexus link to at the end of the article, which mentions Asetek.