MSI was showing off its GeForce RTX 2080 Ti Lightning 10th Anniversary Edition graphics card last week at Computex last week but it didn't have the product pages with specifications ready when I checked, instead we just had some nice pictures and a piece of PR fluff. Now the Taiwanese PCs, accessories and components maker has put that right and you can head on over to the official product pages, check out specifications, a data sheet, and even a gallery too. 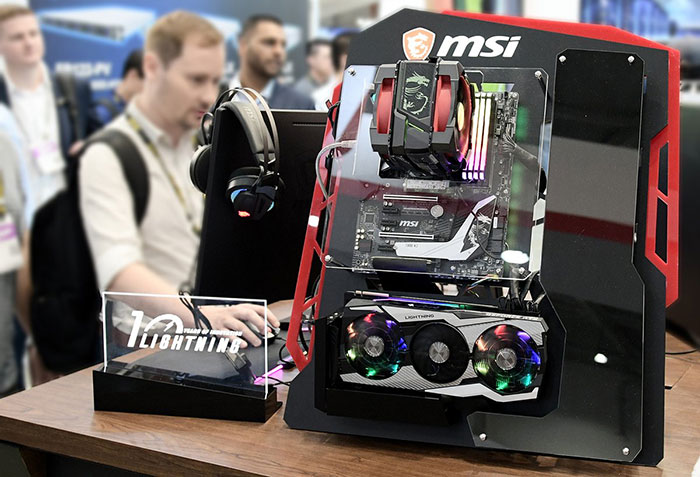 MSI hopes to build upon the Lightning heritage with the new 10th Anniversary Edition, based around the GeForce RTX 2080 Ti - and using a specially binned TU102 die. It has listened to feedback to refine the card's PCB layout, component choices, and implement extreme OC features. This latest incarnation of the range adds to the best in available performance and cooling technology with its aesthetics featuring improved premium RGB lighting, an OLED display, and choice of platinum or pink shroud accents. 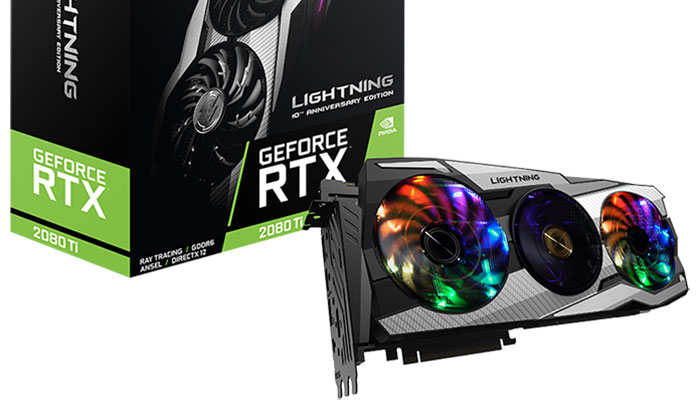 The new lightning is equipped with 3x 8-pin power connectors for any OC athletics you might have in mind and you are recommended to pair it with at least a 650W PSU.

Other key features of this 11GB GDR6 anniversary graphics card are: 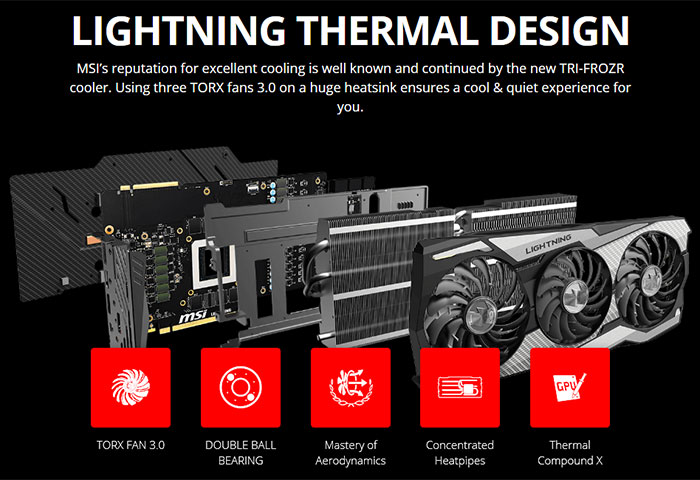 The above quoted core boost clocks are relatively sedate but as a Lightning card it won't be deployed at such speeds for long after a few tweaks in MSI Afterburner. For reference, the Nvidia GeForce RTX 2080 Ti Founders Edition is clocked at 1635 MHz (OC) out of the box.

In our review of the MSI GeForce RTX 2080 Ti Lightning Z (non Anniversary Edition) in January, we managed to quickly tweak the card to run at a boost clock of 1,857MHz, and memory had no issues running at an effective 16Gbps.

Pricing for the MSI GeForce RTX 2080 Ti Lightning 10th Anniversary Edition graphics card is set to go beyond the £1300 or so that you can purchase the non-Anniversary version for currently. I don't have any information about availability at the time of writing,

Faiakes
Isn't it better to buy a car with that money?

Name me a game that can physically transport you from Leicester to Sheffield :)
Posted by philehidiot - Tue 04 Jun 2019 16:18

Name me a game that can physically transport you from Leicester to Sheffield :)

Games have transported me to Mars before.

My wife has an MX5 with an Android head unit which I think has 8 cpu cores and 4GB of ram and I believe there is an Android port of Crysis? More fun to just drive the car though.