PC gamers and enthusiasts might be waiting less than patiently to see what Nvidia does to replace the GeForce GTX 1060, Turing-wise. However it looks like the Green Team, or at least its partners, haven't finished churning out GTX 1060 variants yet. 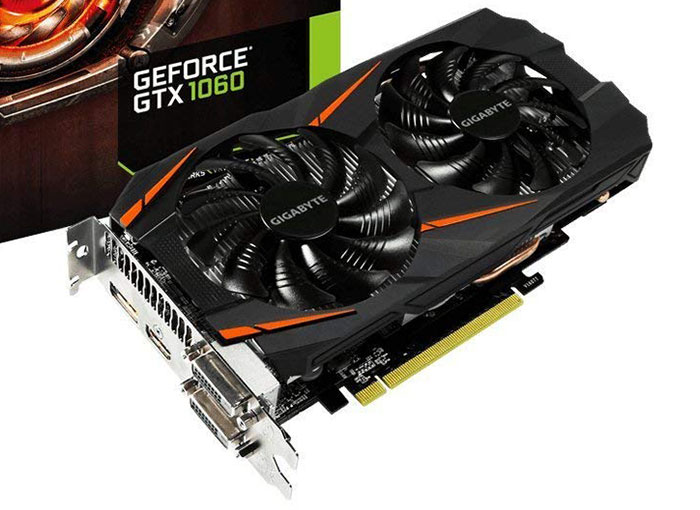 VideoCardz' sources at Gigabyte have tipped off the graphics-card centric site that a new GeForce GTX 1060 with GDDR5X memory is in the pipeline. That could make it the fifth GTX 1060 variant, though some of these only get released in China.

At the heart of the new GTX 1060 will be a cut-down Pascal GP104, the GPU upon which the GTX 1080 is based. VideoCardz notes that GTX 1060 boards based upon this GPU have been rumoured for some time, spotted in software drivers, but no models based on this SKU have been seen in the wild so far.

This new GTX 1060 is believed, again, to be a China market exclusive, where the GTX 1060 is very popular among cyber-café owners. It is thought unlikely that we will see this SKU in the west.

It is interesting to see Nvidia partners ready a new GTX 1060 as rumours swirl of an AMD Radeon RX 590 in the pipeline. At launch the GTX 1060 and RX 480 were close competitors so it could be that the Green Team doesn't want to be left behind in this volume segment - at least in China.

If you are more interested in the Red Team's products, VideoCardz also ran a story today concerning an Asus Radeon RX 590 ROG Strix Gaming. Word came about this product from the site's "spies at Asus HQ" to corroborate the recent news of purported RX 590 benchmarks leaking via the 3DMark online database.

Please check the official Nvidia product page which will show you the outline specs as follows in the image. 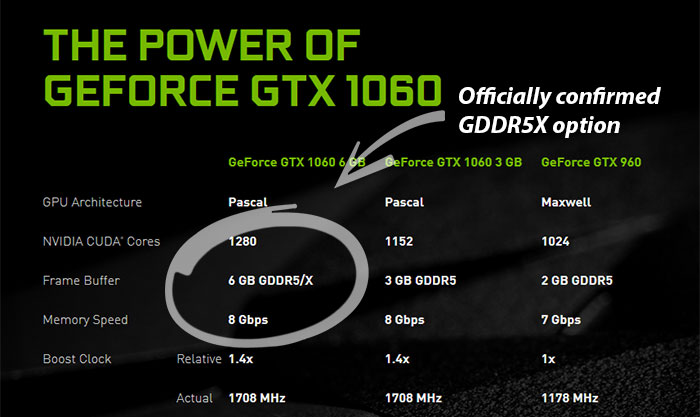 CAT-THE-FIFTH
Seems rather weird for an SKU as GDDR5X costs more than GDDR5 and its not really needed either for a GTX1060. I suspect it is more likely we see something like a 128 bit memory bus,hence the faster RAM makes more sense. If not,I wonder why they didn't use a slightly spec reduced GTX1070 instead??

GDDR5X has been out for some time now, perhaps 6GB of GDDR5X is significantly cheaper than 8GB of GDDR5 so it looks more like a 1060 than a 1070. Sounds like it could be an interesting product which if Nvidia embraced it could be a 1060ti.

Naturally I expect them to mess it up by making a 3GB version ;)