The rumour mill for the upcoming GTX 1070 Ti continues to spin ever faster, and now it seems as if the card's specifications, pricing, and availability are all but confirmed. 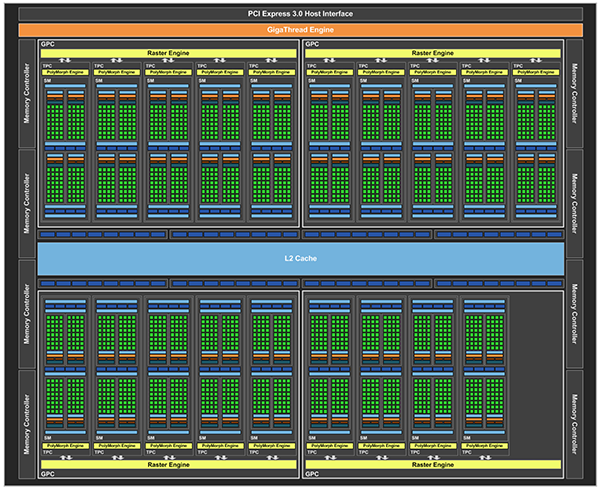 Designed, as per the mock-up above, to slot in between the GTX 1070 and GTX 1080 and to compete with the AMD Radeon RX Vega 56, the rumoured GTX 1070 Ti is said to be based on the same 314mm² GP104 Pascal GPU as the two Nvidia cards it falls between, according to leaks published by TechARP.

However, one of the 20 onboard streaming multiprocessors will be disabled, leaving us with 2,432 cores and 152 texture units compared to 2,560 on the fully enabled GTX 1080. The 64 ROPs and 2MB L2 cache are said to remain intact. The GPU will supposedly come with a base clock of 1,607MHz – same as GTX 1080 – and a boost clock of 1,683MHz. Here's hot the specification stacks up in a trusty table:

While the core GPU configuration is thus expected to be closer to GTX 1080 than GTX 1070, when it comes to memory the GTX 1070 Ti appears to match the latter card. It keeps a full 8GB frame buffer, but this is made up of GDDR5 rather than the faster GDDR5X that the beefier GP104 card uses. The default memory speed is rumoured to be 8Gbps effective again, giving us 256GB/s of available memory bandwidth.

The card will supposedly share the GTX 1080's 180W TDP, so a single eight-pin connector seems like the likely choice for power input. That'll just be the reference specification, though; partners are likely to deviate from this in their designs.

Finally, the very latest leaks suggest that GTX 1070 Ti will officially launch on October 26th, with cards then shipping from November 2nd. The recent Gigabyte photo leak that we reported on was Halloween-themed, so this seems to add up.

kalniel
How does Hexus know it's a Vega 56 killer? Are you privvy to secret info or is that just hype on Nvidia's behalf?

Extrapolation of current data. We know both the 70 and 80 performance, and we know the specs that give said performance.

Also, they designed it to be such. They'd hardly design a card for a task and it not be capable of it.
Posted by Deemo - Wed 11 Oct 2017 20:52
i believe in latest msi afterburner update the 1070 Ti is pretty much confirmed as there is an actual reference to it - could be mistake but doubtful as you'd not add as option unless it was reality