Samsung has launched its first publically announced 5nm process SoC, the new Exynos 1080. The quad core processor is to be marketed as a 1+3+4 CPU configuration, to be clearer the CPU resources are as follows; 1x Cortex-A78 @ 2.8GHz, plus 3x Cortex-A78 @ 2.6GHz, plus 4x Cortex-A55 @ 2.0GHz. The Samsung 5LPE process node SoC also counts an Arm Mali G78MP10 GPU, a new generation NPU and DSP, an ISP, up to LPDDR5 support, and full 5G connectivity, among its charms. 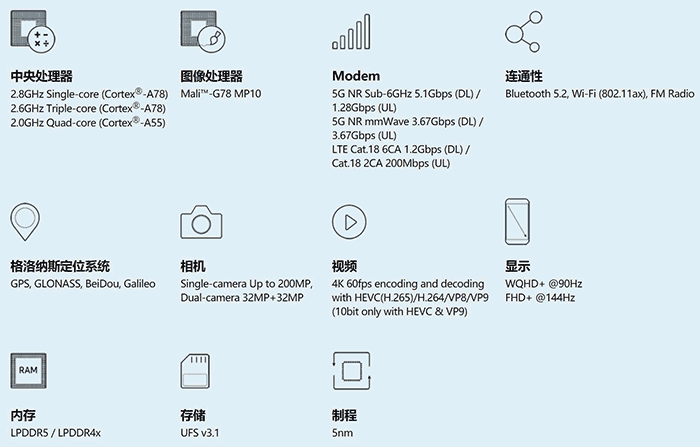 The Exynos 1080 SoC is a mid to premium range processor which is likely to be popular in smart devices sitting somewhere a tier below the flagship models. This is an increasingly popular segment. Compared to its Exynos 980 predecessor there have been some notable uplifts but also some changes which point towards cost cutting measures. However, the improvements, mainly the beefier CPU, GPU and NPU choices, far outweigh the only significant downgrade. As Anandtech points out the MFC (Multi-Function Codec) decoder and encoder capabilities are a little weaker than with the Exynos 980 – the newer SoC now maxes out with 4K60 instead of 4K120 support. 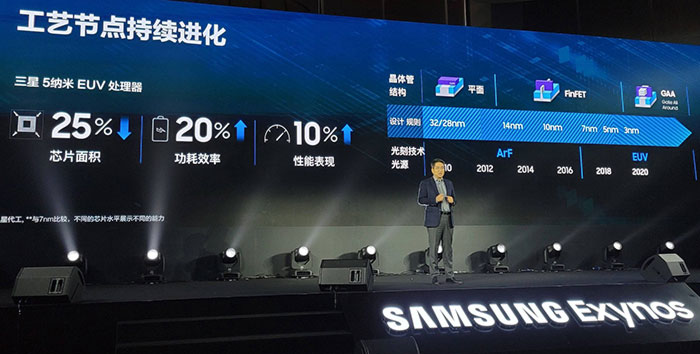 Above you can see that Samsung claims its new 5LPE process enables 25 per cent smaller, 20 per cent more power efficient, and yet 10 per cent faster, SoCs. 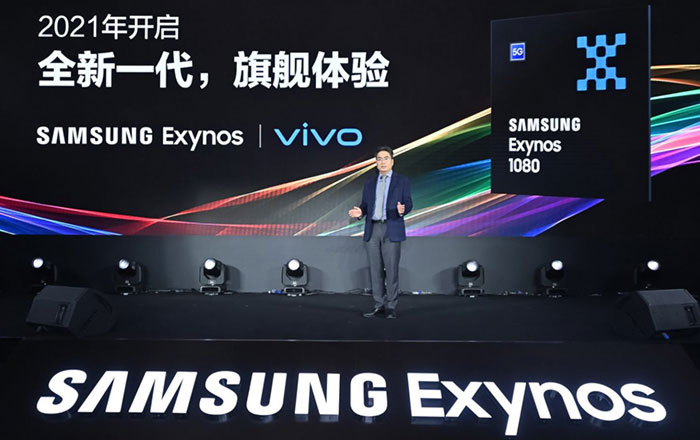 Expect the new 5nm Exynos 1080 SoC to appear in those flagship 'E', 'Lite' and 'FE' suffixed devices from Samsung, as well as smartphones from the likes of Vivo, Oppo and so on starting early next year. Vivo is already confirmed to be on board with designing an Exynos 1080 SoC powered device.

Ouch.. so according to that, by the end of 2020 samsung should be on 3nm EUV. Nvidia must be smarting to be releasing their latest and greatest on Samsung 8nm non-EUV.
Posted by edmundhonda - Fri 13 Nov 2020 21:26

kalniel
Nvidia must be smarting to be releasing their latest and greatest on Samsung 8nm non-EUV.

Ampere's such a gigantic piece of silicon that the improved yields on a mature process are probably worth the tradeoff. Or there's not enough capacity available, one or the other.
Posted by lumireleon - Sat 14 Nov 2020 06:01
SamSNAG (noun)
Posted by 3dcandy - Sat 14 Nov 2020 21:51

edmundhonda
Ampere's such a gigantic piece of silicon that the improved yields on a mature process are probably worth the tradeoff. Or there's not enough capacity available, one or the other.