It has been a pretty busy weekend for AMD spills and rumours. Below you will find some motherboard maker based leaks regarding seven officially unannounced AMD Ryzen 4000G APUs. Other news we have to share this morning is less solid, but still worth sprinkling on your porridge, it regards the AMD Ryzen 3000XT series of processors. 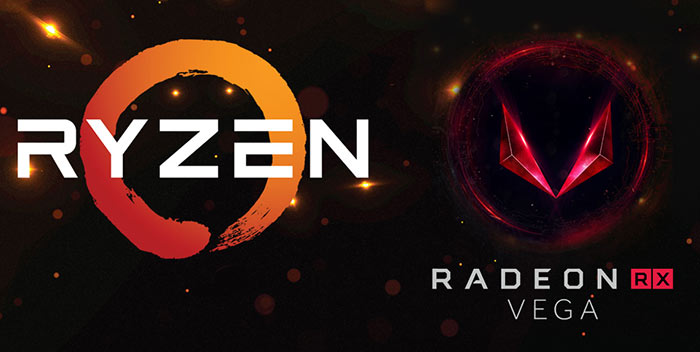 Late on Friday Biostar kicked off the party by publishing a CPU compatibility table for its AMD B550GTQ Ver. 5.0 motherboard. One big problem for Biostar was that the list accidentally included seven unannounced AMD Ryzen 4000G APUs. The list has now been purged to half what it was but thankfully, for posterity, Twitter's Komachi captured the leaked list. 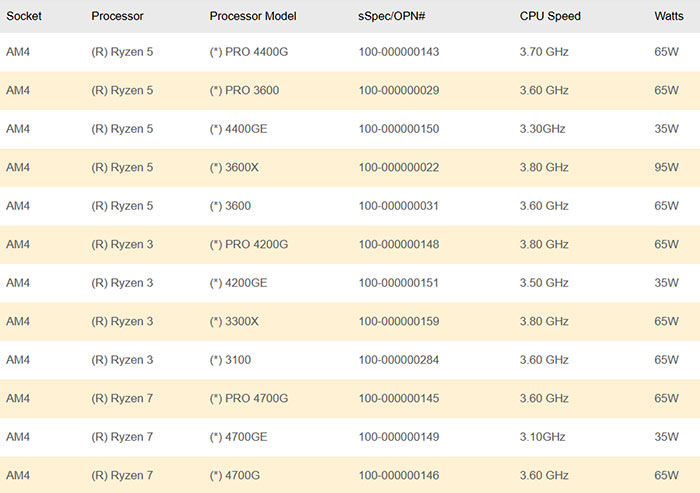 On its own the 'Renoir APU' list would be a pretty nice leak but it goes further by kindly including OPN number, max CPU clocks, and TDP. If you check through the OPN list you will see that these processors align with the previous Ryzen 4000 desktop APU lineup leak we reported on from Igor's Lab (but Igor spotted 22 variants, perhaps including OEM exclusives and so on).

Cross referencing the sources should provide a very good overview of the upcoming APU releases, as Igor included data on cores/threads and graphics cores. If do go through this process you can come up with a table like the one below (via VideoCardz).

The above processor cores will be based upon the Zen 2 architecture, and the Graphics Cores each contain 64 Vega shaders. It is expected the graphics portions of the APUs will boost to about 2GHz.

With AMD B550 chipset motherboards due for release on 16th June, wouldn't it be nice if buyers could have the option of buying a shiny new AMD Ryzen 4000G series APU at the same time?

It looks like AMD is lining up some clock boosted AMD Ryzen XT series processors. These will join the Ryzen 3000 series desktop processors to help AMD combat Intel's latest 10th gen processors that are billed as 'best for gaming', helped along a lot by their higher clockspeeds.

A Chinese ChipHell post asserts that the 3000XT processors on the way are as follows:

According to VideoCardz report on the ChipHell data, the AMD Ryzen 3000 XT series will be announced on 16th June, with release scheduled for 7th July. It reminds rumour cynics that Gigabyte has previously leaked these XT processors in a B550 slide deck, referring to them as Ryzen 3000 Refresh processors. 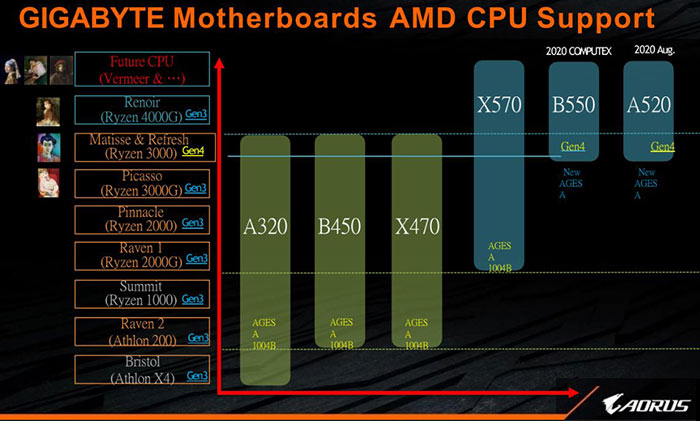 Posted by spacein_vader - Mon 25 May 2020 10:58
I'm looking at the APUs for a possible media server upgrade. The Vega cores work well for transcoding using VAAPI under Linux and a 4c/8t upgrade at Ryzen 3 will be a big uplift over the Skylake era Pentium 2c/2t that currently does the job.

My only hope is that they release a new value series motherboard ranger fairly soon to replace A320. I know it's slated but not seen a release date yet.
Posted by Helios451 - Mon 25 May 2020 10:59
And with one bound…

I suppose this was to be expected - AMD just needed to stretch their legs a little to outpace Intel's latest, curate's egg, launches.

I also anticipate some price adjustments coming down the line for existing stock.

I also look forward to some 3900XT comparisons with Intel!
Posted by edmundhonda - Mon 25 May 2020 11:43
Are we assuming those XT chips are all single CCD, 8c/16t parts? That makes the most sense for a gaming-centric range, doesn't it?