A long list of AMD Ryzen 4000 desktop APUs has been shared by Igor Wallosek of Igor's Lab (and of TomsHardware Germany). In what Igor refers to as an "explosive" leak we get to see a long list of Ryzen 4000 APU specs, with 22 variants listed by OPN (rather than a public-facing codename), provided by an insider source. Moreover, the list includes specs like CPU core counts and speeds, and GPU CU counts and speeds. Igor provides further details of select parts. Probably the key headlining news nugget from this leak is that it looks like there will be desktop APUs with up to 8C/16T released by AMD. 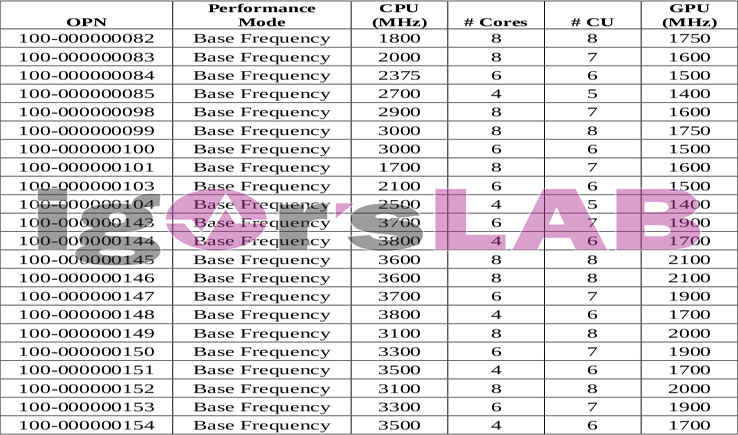 The main table, reproduced above, admittedly includes some mobile parts, says Igor. However he didn't have the time nor inclination to weed them out of the list. Further tables provided by the source focus in on 12 specific new APUs. I've embedded one of these tables below, showing what appears to be the upcoming flagship desktop APU. 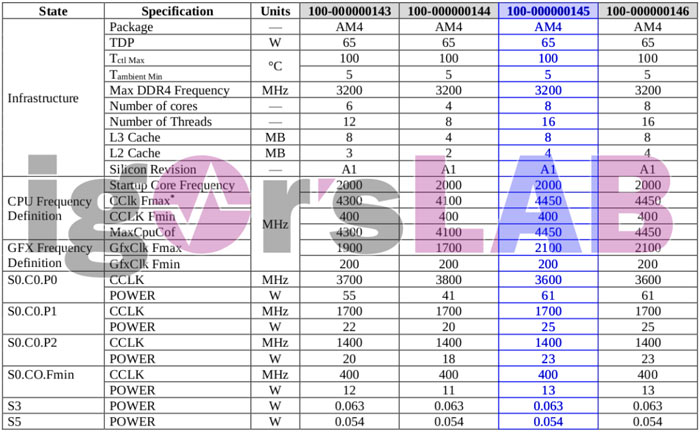 Igor says that not all the processors in his tables will make it to the final cut, and those that do might be subject to tweaks ahead of release. Even without that being said it is worth adding a sprinkle of salt to these leaks.

AMD Ryzen 4000 desktop Renoir APUs use Zen2 cores and Vega GPUs, like the mobile parts of the 4000 series, you will have to wait until Van Gough releases for Zen 2 and Navi GPU combinations, and Cezanne for an APU wielding Zen 3 CPU cores.

A video from Igor accompanies the leak. It is available on YouTube in German where you can toggle on auto-translate subtitles.

It might be the case for this too,even though it's exactly the same Zen2 cores.

If anything as Renoir,has less connectivity,ie,no PCI-E 4.0,and no chiplets,at least on the CPU side it probably is more straightforward to support than the Zen2 CPUs.

philehidiot
Because of the integrated graphics?

Zen CPUs are SOCs,so I would imagine the CPU part is more important in terms of microcode support??