An encouraging benchmark run for the AMD Ryzen 7 4800HS APU has been unearthed in the 3DMark Time Spy benchmark online results browser. First of all you might be asking what is the Ryzen 7 4800HS? At the launch of the Ryzen 4000 Series mobile APUs AMD revealed details about the Ryzen 7 4800H, and this 4800HS model appears to be an optimised top-binned 35W version of that mobile APU, destined for premium gaming laptops. 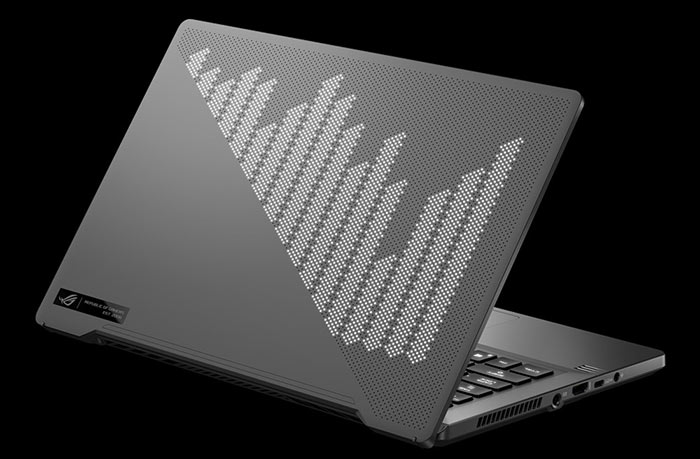 Twitter's Tum Apisak found the AMD Ryzen 7 4800HS in Time Spy benchmarks online and has listed its CPU score alongside friends and rivals as below:

The above table is all the more remarkable when one considers the TDPs of the chips that are listed. The AMD Ryzen 7 4800HS is a 35W part, the standard 4800H a 45W part. Compared to a previous gen desktop part, the powerful 105W AMD Ryzen 7 2700X, the new 4800HS still comes ahead in this CPU score benchmark run. All the aforementioned CPUs have a 8C/16T configuration. The sole Intel entry in the comparison list above is the 8C/8T Core i7-9700K, which has a 95W TDP and a Time Spy CPU Score of 8,200.

Time Spy CPU Scores that leak out like this might have a lot of variance due to other system components and so on, however, it is still a tantalising indicator that there are some exceedingly beefy AMD powered laptops on the way.

On the topic of AMD 4000 series mobile APUs, Lenovo was recently spotted showing off its latest Yoga Slim 7 family of 2-in-1 laptops with choice of AMD or Intel processors. Notebook Italia recorded a video of the exhibition which claimed one of the laptops came with an AMD Ryzen 9 4900U inside.

The source has since blurred out the AMD processor info in the video(embedded above), saying it was a typo on the Lenovo specs list. It is hard to be sure if this is the case, or if AMD exerted some pressure on its partners to keep the Ryzen 9 4900XX APUs under wraps for now. Interestingly the official Yoga Slim 7 (14-inch, AMD) product page still lists the processor as an AMD Ryzen 4000 Series, with choice of "up to AMD Ryzen 9," available for users to configure.

Posted by PC-LAD - Mon 10 Feb 2020 11:30
Not gonna lie, that is some nutty laptop part. So why is this not available on a desktop platform for compact pc users?
Posted by Gentle Viking - Mon 10 Feb 2020 12:00
Thats pretty neat, wish i was able to afford a laptop like that so i don't have to boot this monster of a PC, cuz i assume this monster idling use as much power as that laptop going full tilt.

PC-LAD
Not gonna lie, that is some nutty laptop part. So why is this not available on a desktop platform for compact pc users?