Crytek has announced that the Crysis Remastered Trilogy will be released on PCs and consoles this Autumn. The three game bundle of enhanced and optimised classic titles will be available for PCs, PlayStation, Xbox, and Nintendo Switch. If you are a console gamer with one of the new PS5 or Xbox Series X/S consoles gameplay will be "even smoother," via backwards compatibility says Crytek.

Saber Interactive is again behind the remasters, so if you are pleased with the version of Crysis Remastered that was release on PCs, PS4 and Xbox One last September, this bodes well. To remind readers, last year's release updated the first game with textures at up to 8K, HDR support, motion blur, improved particle effects, and a multitude of lighting options. Crysis Remastered only used software-based ray tracing on the consoles last year, so it will be interesting to see if there is HW acceleration added for the newest machines from Sony and Microsoft.

One of the great things about the trilogy will be that it enables those new to the franchise to "play through the whole storyline from the very beginning," with all sorts of graphical frills that weren't available originally. "Each game is enhanced to look and play beautifully on today's platforms, delivering the finest Crysis experience for both newcomers to our classic franchise or players wishing to relive the adventure," explained Steffen Halbig, Project Lead.

Below is a summary of the trilogy in an easy to cut out and keep table: 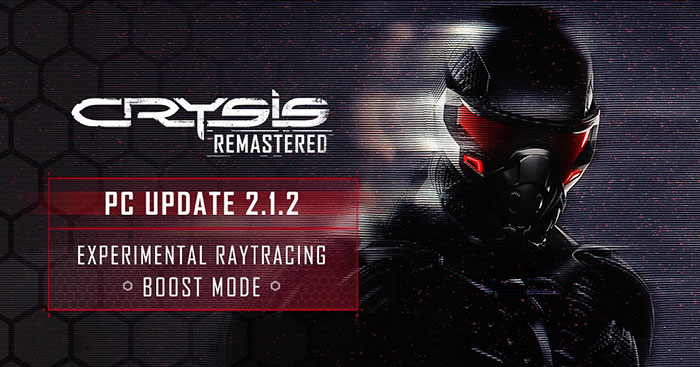 As well as the trilogy bundle going up for sale this Autumn, Crytek will be allowing outlets to sell the games separately. It hasn't been spelled out in the press release, but it is expected that owners of the last year's remaster will get a discount on the trilogy. More details about such practicalities will surely arrive ahead of the release date.

Also typo “One of the great things about the trilogy will be that it enables those new to the franchise to ”lay through the whole storyline from the very beginning,"

ik9000
Also typo “One of the great things about the trilogy will be that it enables those new to the franchise to ”lay through the whole storyline from the very beginning,"

You're missing a P in play.

KultiVator
I hope you've all cut out and kept the summary table :-P

I tried, but my screen went blank as I made the 2nd cut and all I'm left with is a piece of black glass so I can't read the text anymore. It was much easier in the magazine days.
Posted by mtyson - Fri 03 Sep 2021 05:48
Update: “Crysis Remastered Trilogy Will Launch on October 15”, said Crytek in an email to HEXUS.