EA Play Live took place yesterday evening, showcasing the latest news and updates on EA's hit game franchises, and new titles. Among the games discussed and shown off were the headlining Star Wars: Squadrons (gameplay), as well as familiar series such as Apex Legends (Season 5), EA Sports’ FIFA, and Madden NFL. You can watch a recap of the main event on YouTube (50 mins). 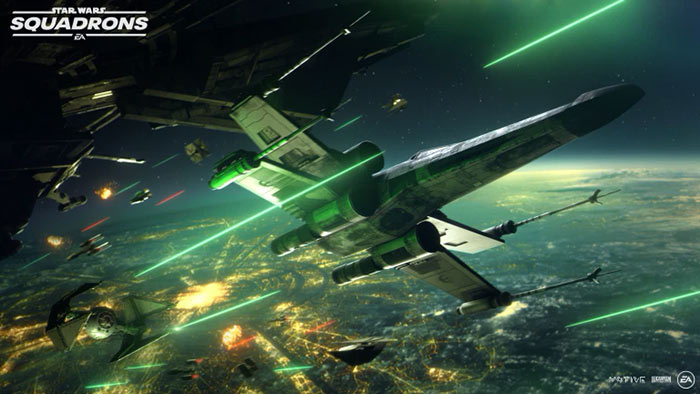 Earlier this week we saw the official reveal trailer for Star Wars: Squadrons, featuring 'game engine footage'. EA went a good step further at EA Play with a gameplay trailer and further details about the Star Wars dogfighting game. You can see the section of the EA Play event about Star Wars: Squadrons start at 29mins and 30sec into the presentation. 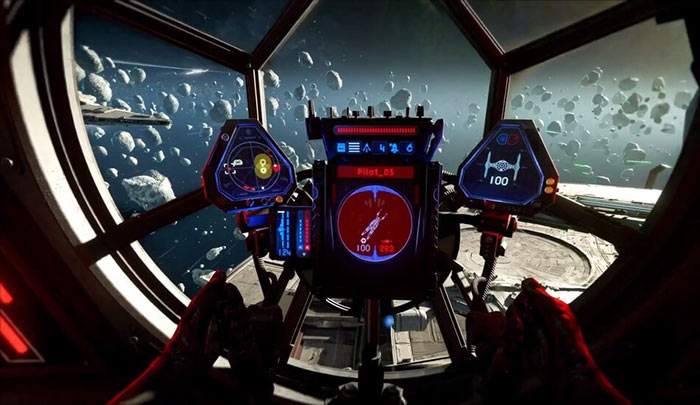 Ian Frazer from game developer Motive talked about how Star Wars: Squadrons started as a passion project for ex-Battlefront developers interested in creating a Star Wars pilot experience. Frazer, clearly both a Star Wars and flight sim enthusiast, says that the game will start of pretty simple in terms of techniques and skill. But pretty soon pilots will be indulging in more advanced techniques such as diverting laser power to the engines to get out of a tight spot, later he promises skilled pilots will be able to pull off "real ace pilot stuff".

The game starts with a brand new single player story, set a little after the Return of the Jedi era. You will set up two pilots, one flying for the New Republic, and another for the Empire. After the increasingly challenging story and some practice, Frazer envisions gamers moving on to try multiplayer (crossplay between platforms and screen/VR). In multiplayer there are 5v5 dogfights or triple-stage fleet battles to enjoy in multiplayer. Team members can be a mix of human and AI players.

There are eight different star ships to learn the pros and cons of. Loadouts can be changed and saved, which can be of particular benefit in a balanced squad mission. Additionally, there are more than 50 ship upgrades / talents to earn through gameplay. 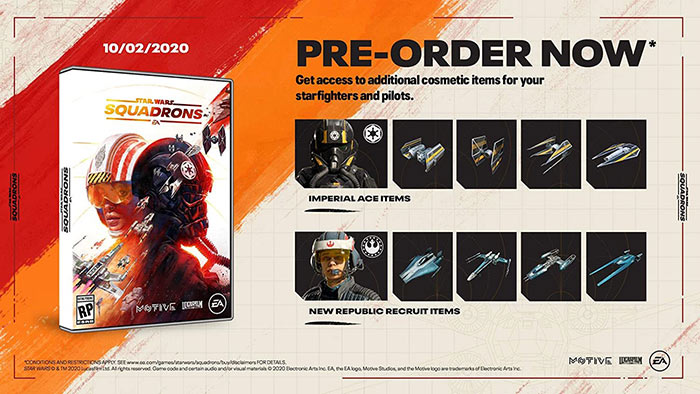 Apex Legends will be coming to both PC Steam and to Nintendo Switch. Crossplay will be supported across all platforms, Steam and Origin, and consoles. EA also announced Apex Legends Season 5 with the Lost Treasures Collection Event. See the trailer below.

It isn't only Apex Legends on the way to Steam, EA will be bringing some more of its biggest titles such as A Way Out, Dead Space 3, The Sims 4, and Titanfall 2 to the popular PC platform.

A new multiplayer hero shooter is on the way, called Rocket Arena. This takes cues from the likes of Overwatch with hand-drawn cartoon aesthetic and a cast of 10 characters with special abilities. It arrives on PC (Origin and Steam), PS4 and Xbox One on 14th July.

For its 'one more thing' at the end of the Play Live event, EA revealed that it is working on a new Skate game, thanks to gamer pressure for the continuation of the series.

Tattysnuc
OOooh. Looking forward to Star Wars Squadrons. Hope it is THE modern-day successor to X-Wing that it is hoping to be, especially as after buying the humble bundles, X-Wing didn't work :(

X-wing was mostly famous for a fantastic single player campaign. This looks to have a short campaign as a primer for the multiplayer focus. Which is fine, and very the way of modern games, but expectations of X-Wing will be missed.
Posted by Terbinator - Fri 19 Jun 2020 13:07
HOTAS support is in too.
Posted by Spud1 - Fri 19 Jun 2020 13:24
Apex is still a thing? I thought Warzone had taken over ;)

Really looking forward to squadrons. If they can balance it properly so that a HOTAS makes sense to use and isn't a huge detriment, i'll be all over that!
Posted by KultiVator - Fri 19 Jun 2020 19:26
Hmmm… looks phenomenal - but like @Kalniel said, single player was positioned as little more than an extended tutorial in this gameplay preview.

Will definitely hold fire on this until the reviews are out and more of the game's structure is laid bare.