After what is probably a truncated intro sequence (and player prefs/setup jiggery-pokery is missing) we get straight to the game play from about 2mins 40sec onwards. From then on in you can see the smooth gory first person action unfold. The game starts in some ghastly chambers before moving to some hellish mixed outer/under cover environments.

You will observe the Doom guy shooting, sticky bombing and chain-sawing through various demons, ghouls and baddies - as well as kicking down doors and traversing nimbly. Frequently there are possibilities to pick up mods and supplies to help you on your way. As the game progresses we see some more imaginative takedowns of enemies that appear stronger and more sophisticated - but you do get hints about new challenges on the way (see below). 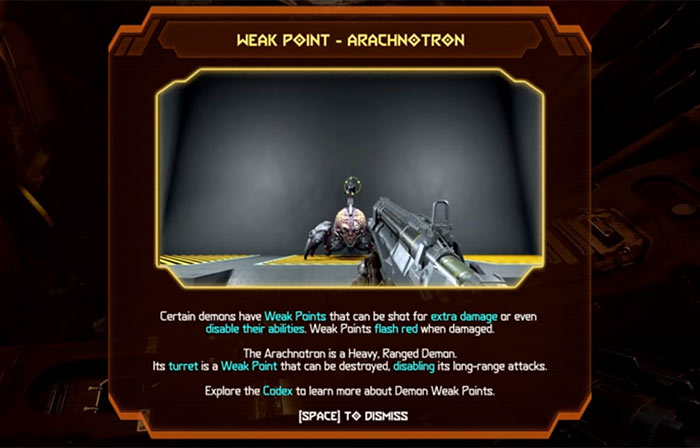 Towards the end of the short gameplay clip you pick up a heavy cannon and then automap stations ability to help you navigate and explore. A new area is then reached and a few more standard baddies despatched before the real-time gameplay teaser ends.

I'd have liked to have seen the specs of the PC running this game, as per the 4K 60fps video on YouTube. At the time of writing Bethesda is still to share minimum and recommended specs for PC gamers. 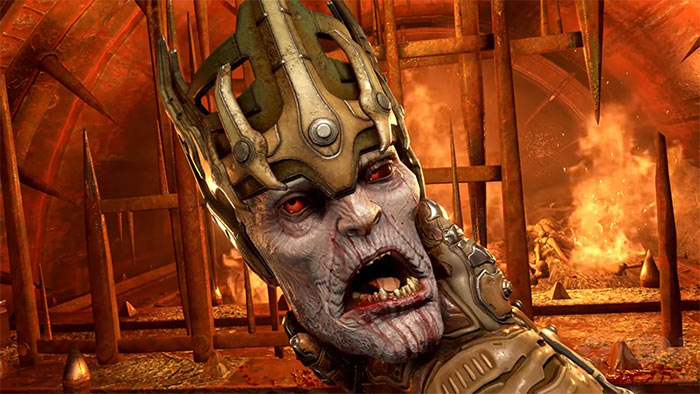 IGN reminds us that Doom Eternal will be released on 20th March for PC, PS4, Xbox One, and Google Stadia. Pre-orders on Steam PC can still get a free copy of Doom 64 bundled. A Nintendo Switch version will be released later in 2020.

While you wait for Doom Eternal to arrive, GameSpot has an interesting article on the added 'Puzzle Platforming' gaming within this latest Doom outing. The designers of the newest game reckon puzzle platforming elements will get gamers to learn all the best skill-based manoeuvres as they enjoy working through the game uncovering secrets and hidden content - and agility can be highly beneficial in the traditional FPS sections of gameplay. Platforming skills will be introduced slowly - from level 3, the Cultist Base, onwards.

blokeinkent
Daaaamn. I had to stop after 5 mins after feeling sea sick :)

Wouldn't say I felt sea sick but there was something off with the camera motion which made it feel jarring or off for me. It just didn't feel ‘good’ which is quite disappointing as I quite like doom :(
Posted by g8ina - Tue 04 Feb 2020 21:28
Good Grief ! Im NOT a gamer but I recognise techie talent when I see it !

What GFX card will you guys need to drive this then ?