Ubisoft has begun to give away free copies of Assassin's Creed Unity for PC. The initiative follows the tragic fire at Notre-Dame de Paris on Monday evening. Ubisoft hopes the free giveaway to PC gamers will encourage further donations to the cause of rebuilding the historic cathedral. Putting its money where its mouth is, the games publisher has put €500,000 in the pot for restoration and reconstruction of Notre-Dame. 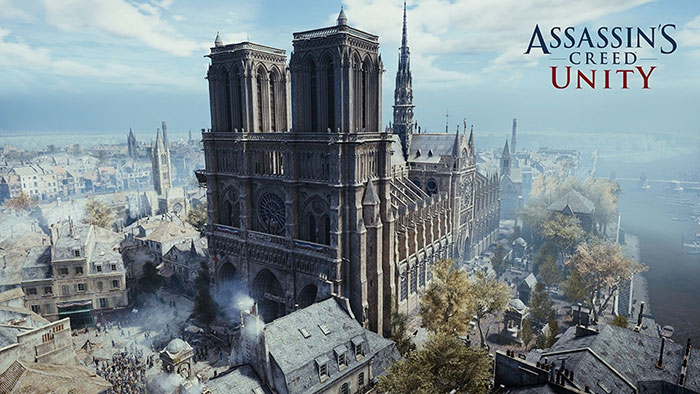 Providing an insight into its decision to commit considerable funds to restoring the historic landmark building, Ubisoft said "we stand in solidarité with our fellow Parisians and everyone around the world moved by the devastation the fire caused." Furthermore, the PC gaming freebie of Assassin's Creed Unity will "give everyone the chance to experience the majesty and beauty of Notre-Dame the best way we know how," as its historic architectural beauty features as a "virtual homage" within the game. 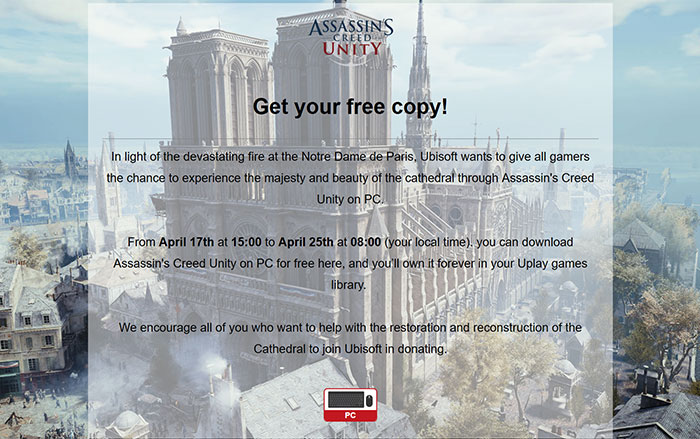 If you are interested in the PC game giveaway and the possibly donating to the restoration and reconstruction of the cathedral, you can head on over to the dedicated landing page for the campaign here. There are other ways to snag the game though, for example, if you have the UPlay client installed, you can simply find the game in the Uplay Store section and click to add it to your games library for £0.00.

Ubisoft has limited its free Assassin's Creed Unity for PC 'promotion' and it will end at 8am on 25th April (that's a week from now). As a brief reminder, Assassin's Creed Unity was released in 2014, and is set in Paris in 1789, as the French Revolution turns the magnificent capital city into chaos. Once you have added the game to your library it is yours to keep forever, assures Ubisoft.