At E3 2018 CD Projekt Red published the Cyberpunk 2077 trailer on YouTube for the consumption of the masses. However, behind closed doors at the event the company hosted a PC gameplay demo, with a full 50 minutes or so of action in front of an invited audience. There are many analyses of this long live demo, like this one, which are worth a look if the shorter demo left you wanting more. Unfortunately, as yet, no footage of this session has been shared. 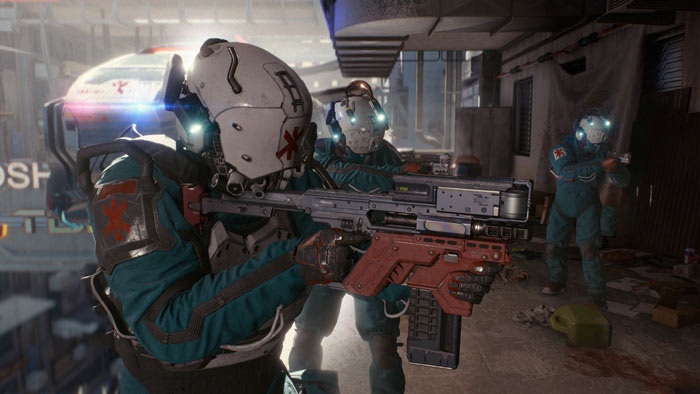 If you are at all enthused about Cyberpunk 2077, I bet that you are wondering if this is one of those games that will inspire an upgrade or new build PC. That raises the question of what kind of PC hardware the 50 minute demo was demonstrated on. One of the journos over at PCGamesN sat in on the gameplay demo and reckoned that CD Projekt Red must have employed some next gen hardware or perhaps top-end current GPUs in SLI to power the graphically stunning 4K 30Hz experience.

The PC used to run the Cyberpunk 2077 E3 demo wasn't some unicorn next-gen machine using yet-to-be released components but simply a top-end contemporary model many enthusiasts might aspire to build for themselves. The key tech specs were listed by CDPR Junior Community Specialist, Alicja Kozera, on the official Cyberpunk 2077 Discord channel as follows: 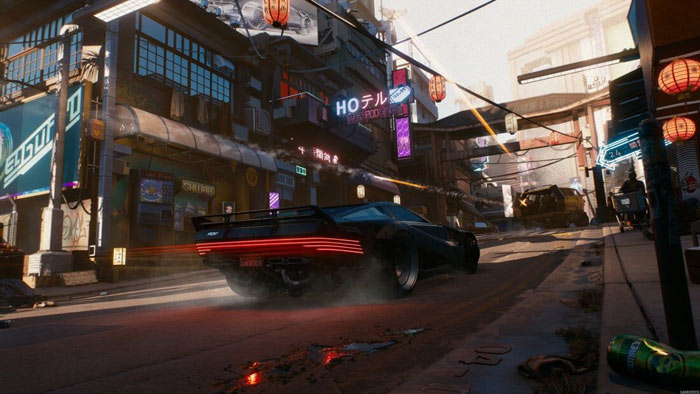 Reports from the demo showcase say that there were no noticeable frame rate drops, stuttering or similar issues during the 50 minute session. The upcoming game is based on a "massively updated version of the REDengine (version 4)," notes PCGamesN. However the game doesn't aim at the same kind of 'realism' as The Witcher 3, as it presents a more man-made stylised comic book aesthetic. With optimisations and refinements one would hope that the game engine becomes faster and more efficient as the game release date gets nearer.

Cyberpunk 2077 will be further showcased at Gamescom 2018, in August.

I have a lot of faith in CDPR, I hope (and think they will) get optimisation down, I would cry if they turn into the next ubisoft.
Posted by CAT-THE-FIFTH - Mon 18 Jun 2018 16:04
The demo was running 4K 30FPS I assume?? That is 4 times the number of pixels than 1080p. So to get 60FPS at 1080p you probably will need something much less powerful than a GTX1080TI unless we have some new stuff like RTX added.
Posted by EvilCycle - Mon 18 Jun 2018 16:24
That is the hope and assumption CAT, obviously they are going to use the best parts available so that it runs at it's absolute best for journalists, but I want to know which parts (if any) are way overkill for the game in that rig and which parts are actually going to be needed to get a decent experience out of it.

Ah if they add RTX it would make this game look absolutely incredible (it already does), RTX with this game would be worth a GPU upgrade for sure!

Like I said, as long as they don't pull a ubisoft on us (unnecessarily downgrade the graphics on release in a stupid attempt to stop it murdering the CPU to submission through crappy optimisation) I'll be happy!
Posted by Nifl - Mon 18 Jun 2018 19:35
If they go with gamenotworks again, the recommended requirement will be a 1080 Ti. Gotta tessellate each individual butthair ;D
Posted by kalniel - Tue 19 Jun 2018 08:31

EvilCycle
This creates more questions than it answers really.

This wasn't any kind of announcement about required or recommended system spec, it was just an answer to the question ‘what did you run the demo on?’. That it was running extremely well on parts easily attainable today is a good sign given how far out the game's release is likely to be (no date set yet). Many games out now already need something like a 1080ti to play at 4k smoothly.

I'm hoping and expect to be able to play it fine on a system that's 9 years old *shrugs*. If you want guaranteed longevity for the money then console gaming calls - it's very likely this will be released for consoles too.