The Court of Justice of the European Union (CVRIA) today published a ruling that customers have a right to resell their digital download games and other software. No matter from where you bought or downloaded the game and no matter what EULA terms you agreed to, it is legal to sell on unwanted software to another user.

The headline of the press release issued today gives a good summary of the judgement. “An author of software cannot oppose the resale of his ‘used’ licences allowing the use of his programs downloaded from the internet. The exclusive right of distribution of a copy of a computer program covered by such a licence is exhausted on its first sale.” The ruling was made when the court was considering a case between US software giant Oracle and a Germany based used software license re-seller UsedSoft.

Both downloads and disk based pre-owned software may be sold on to other users, even if the license forbids it. “…the principle of exhaustion of the distribution right applies not only where the copyright holder markets copies of his software on a material medium (CD-ROM or DVD) but also where he distributes them by means of downloads from his website. Where the copyright holder makes available to his customer a copy – tangible or intangible – and at the same time concludes, in return form payment of a fee, a licence agreement granting the customer the right to use that copy for an unlimited period, that rightholder sells the copy to the customer and thus exhausts his exclusive distribution right. Such a transaction involves a transfer of the right of ownership of the copy. Therefore, even if the licence agreement prohibits a further transfer, the rightholder can no longer oppose the resale of that copy.” 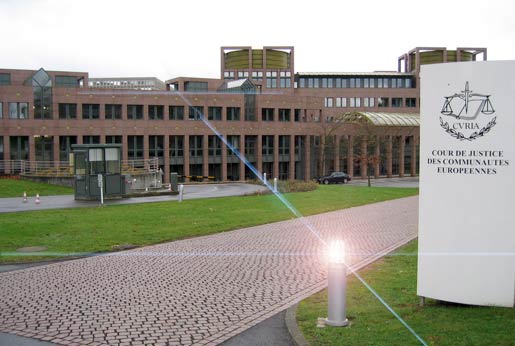 CVRIA yesterday, before the news broke

However, if you were to buy a multi user license for some software you aren’t allowed to subdivide the license and sell off parts to others! “…acquirer is not authorised by the effect of the exhaustion of the distribution right to divide the licence and resell only part of it”. In fairness, a seller of an unwanted digital download must make his copy of the downloaded program “unusable at the time of resale”.

Earlier today we ran a story about Electronic Arts aiming to go 100 per cent digital. It will be interesting to see how this ruling affects digital game delivery platforms like EA’s Origin, Steam and also the mobile phone download software markets. Hopefully the European court will push the rights of the customer forward like with the recent mobile roaming price caps that were lowered again two days ago. On one hand the content creation industry are very keen to find and prosecute illegal downloaders but on the other side of the equation customers want to be able to sell on things they have legally bought from a download store and don’t want anymore, just like they could with any physical property.

granting the customer the right to use that copy for an unlimited period, that rightholder sells the copy to the customer and thus exhausts his exclusive distribution right. Such a transaction involves a transfer of the right of ownership of the copy.

Agent
Makes you wonder if this will affect digital distribution services at all. Will they have to provide a way of transferring to someone else now?

Ferral
It kind of also makes me think that you actually own your games, not just a license to use them

In Germany that's the case. Same thing I was getting at with my quote :)

I don't know that this will automatically apply in the UK however.
Posted by Whiternoise - Tue 03 Jul 2012 22:18
In this brief moment of sanity can they cast their gaze over the UK government and raise their banhammers again?