Last week HEXUS reported upon Sony acting to remove Cyberpunk 2077 from the PlayStation Store due to quality of experience issues. The gameplay on the older PlayStation 4 was reportedly particularly poor, but the game has been banished from the entire store for now. Those that already purchased the game can go through a streamlined refunds process. On Xbox, Microsoft isn't being so strident, rather it is simply warning customers about the game's potential issues at this time.

Reports of the Sony ban, and gameplay experience issues in the traditional gaming media, as well as social media, have no doubt slowed sales of Cyberpunk 2077 recently. Now, Polish investment analysts have put some figures together to provide an estimate to clients on the impact of CDPR's launch mess.

Bankier.pl, via TweakTown, reports that six financial firms have revised sales predictions downwards for the highly anticipated title as follows; launch sales to be 15.1 million (-4.1 million, -21 per cent), and one-year sales estimated at 25.4 million (-6.6 million, -19 per cent). Interestingly the firms expect console sales to account for 70 per cent of Cyberpunk 2077's lifetime sales, thus the size of the scale-back. 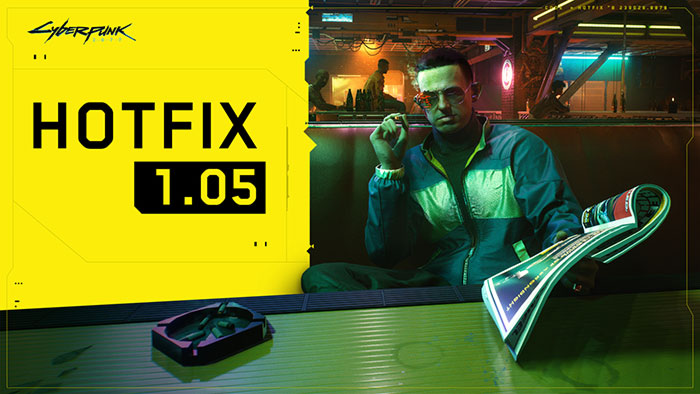 Having read reviews of the title and plenty of discussions about issues, that are being continuously ironed out with patch releases from CDPR, I share the philosophy of several HEXUS readers: I will definitely pick up this title in the future, probably when it is released in a GOTY edition or similar bundle.

The founders of CDPR have already lost a billion USD or more from market reaction to their launch blunder. However, investors are more angry than sad, as the game's publishers / developers should have had the inside information to predict what would happen, while those outside the company think they have been fed "materially misleading information".

A report from the NYT, via Eurogamer, says that a Warsaw-based lawyer and investor is inviting other parties to join a class action suit for any investor affected by the "suspension of the sale of the Cyberpunk 2077 product". It will be interesting to see what happens with this 'gaming firm sued for game bugs case' and the involvement of a New York law firm might hint that the disgruntled are looking for significant compensation.

Posted by Tabbykatze - Tue 22 Dec 2020 12:45
Ouch…
Posted by Ttaskmaster - Tue 22 Dec 2020 13:48
Consoles expected to form the bulk of sales, despite the recommended (and real-world findings) specs being pretty high even for PCs?
Hmmm….
Posted by cheesemp - Tue 22 Dec 2020 15:05
Got to be honest I was just waiting for reviews and was going to buy (first preorder since Mass effect 2. Its rare I buy above £10). I saw the reviews and was about to buy when the ‘real’ reviews came out. I stopped. I'll still be getting it I think but no rush now! Might as well wait for a fixed next gen version (I have a Series X). Got to be honest buying games at release now is just glorified beta testing!
Posted by EvilCycle - Tue 22 Dec 2020 15:58
I doubt console will be the bulk of sales, even pre orders were 60% PC. Whilst CDPR have a lot to answer for and rightly deserve some of the negative press, it all seems a bit aggressive like they are being kicked whilst they are down. As a fan of the game I just hope they can do a “no mans sky” and turn this around, I have not had much issue with it on PC and I can see that whilst it needs more time in the oven, they have laid down the groundwork for one of the best games ever made, they just need to get to work finishing this game and quickly so that when the PS5 and series X version release, some dignity can be saved.
Posted by Jonj1611 - Tue 22 Dec 2020 15:59
The 1.05 patch did improve things a bit for me