Ubisoft released its latest financials (PDF) yesterday evening but inside there were some not so nice surprises for gamers. As per our headline the release of Far Cry 6 and Rainbow Six Quarantine has been moved to 2021-22. Ubisoft explains to investors that this has been done to "leverage their full potential in the context of production challenges caused by Covid-19". Later on in the results document it says that Far Cry 6 and Rainbow Six Quarantine are high-contribution titles that have faced delays due to staff working from home. 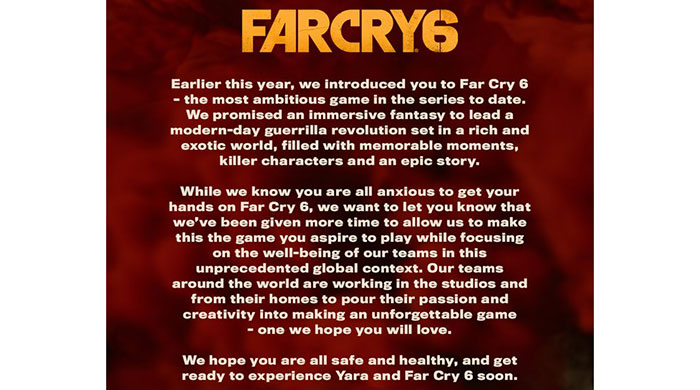 The above news comes hot on the heels of the Cyberpunk 2077 delay. With regard to Far Cry 6 this news is quite a surprise, as on Wednesday AMD was sharing interviews with its developers as one of the first AAA PC titles to deliver "FidelityFX CAS, DXR Ray Tracing, and Variable Rate Shading," to Radeon RX 6000 series GPU owners.

Gearbox has published a blog post about a bundle of Borderlands 3 news, including the announcement of the Borderlands 3 Ultimate Edition and the first look at Arms Race, which launches on 10th November as part if Season Pass 2. 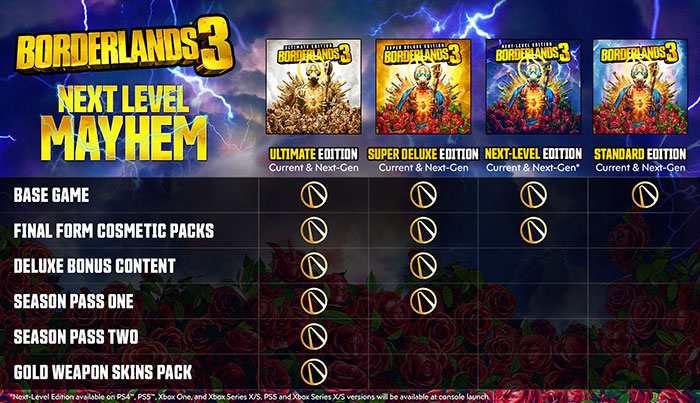 Arms Race is part of a Director's Cut addon which will be available under Season Pass 2 or can be purchased on its own. So, what is new about this mode? In Arms Race you are "stripped of all your gear and dropped into a new zone where you’ll have to get loot or die trying," explains the blog. Furthermore, your action skill and skill tree will be disabled to put everyone on a level footing. This creates a "fast-paced, roguelike experience," we are told.

The Arms Race action takes place in a new map called the Stormblind Complex, which is said to be a decommissioned DAHL military base set on a wintry island. The action takes place as the island's regular Murdercane (short for 'murder hurricane') weather approaches, behind you.

Some other introductions of note to Borderlands 3 fans in Season Pass 2 are the 'all new' skill trees that will be added to the game characters.

Posted by Tunnah - Fri 30 Oct 2020 11:28
While I welcome more BL3 content, I think the new skill trees is a god-awful idea. There's already too much for them to balance as it is, and because of that they're struggling to make a cohesive difficulty setting. Adding new skills which will further mess up the synergy potential is a mistake. Plus it reeks of being too lazy to just make new characters instead.
Posted by Yoyoyo69 - Fri 30 Oct 2020 18:00
They'll still be atrociously bad.

I was against buying Watchdogs Legion, but a family member wanted it, so annoyed to put cash their way.

Can can assure you Watchdogs Legion is just like all other Ubisoft games (Except Siege and a couple if older Assassins Creeds / old gen originals), worse even.

It's honestly hilarious how poor it is, they are absolute trash and can't code for s**t.

It's like they intentionally make trash games for kids……oh wait