Microsoft's xCloud games streaming service is available from today in 22 countries worldwide. To mark the occasion Microsoft's Kareem Choudhry, CVP of Cloud Gaming, shared a list of 150+ games that will be available, most from day one. This curated selection will become available to gamers via the Xbox Game Pass library. Included are lots of AAA titles including a bundle from Xbox Game Studios. Moreover, just like with the Xbox Game Pass for Console and PC, you can expect the roster of titles to grow with new titles added all the time. 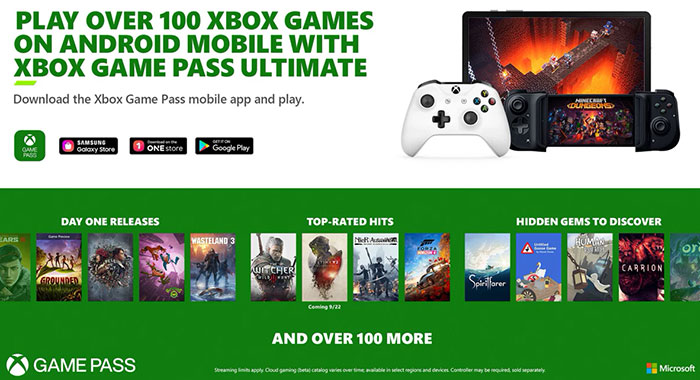 Choudhry restated the potential benefits of xCloud, which in summary are: the wide range of playing platform choices it opens up - even for those without a console or gaming PC; the cloud sync of game progress to let you play and continue across multiple platforms; the integration of social elements like cross-play multiplayer, friends, achievements, parties and voice chat; the common library you share opening up even more multiplayer fun; and finally the instant play of games that would take a long time to download and install via traditional means. 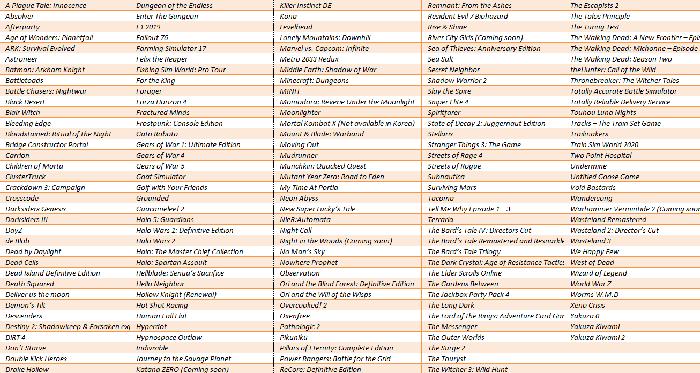 If you are interested in xCloud, Microsoft encourages you to subscribe to the Xbox Game Pass Ultimate (UK link) which is available as a $1/£1 trial, but will continue after that initial month for $14.99/£10.99pcm.

To get started with streaming on an Android mobile/tablet or other device you need to grab the app. There is also a specific app for Samsung Galaxy users which includes a full store front with in-app purchases. As per the intro, xCloud goes live in 22 countries today but will roll out further as Microsoft ensures service stability and scalability in the initial markets. 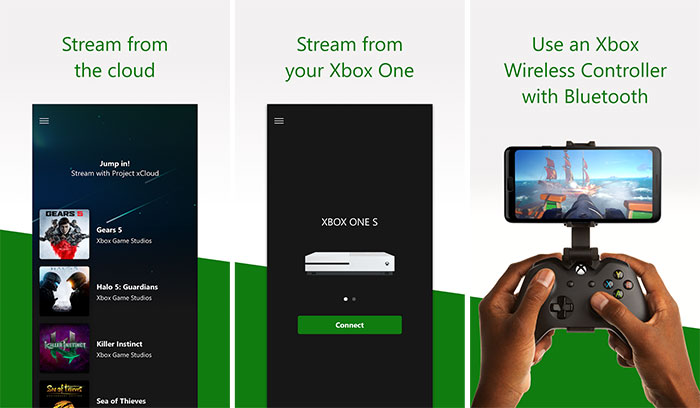 At launch xCloud isn't available to Apple iOS users. Apple and Microsoft are still negotiating how the service can be made available to iDevice users. Last week Apple revised store guidelines that could pave the way for xCloud (and Google Stadia, Nvidia GeForce Now) to become viable on iOS but it sounds rather complicated for gamers/companies involved - unlike the way it green-lights streaming content from the likes of Netflix, Amazon Prime, Now TV etc.

Posted by cheesemp - Tue 15 Sep 2020 12:22
I gave the beta a try and found Forza Horizons 4 pretty playable (I did invest in a decent phone/xbox controller clip) - every so slight lag but fine for a driving sim and save carried over fine. Can't wait to try some more titles. Should be great for slower pace titles I enjoy. I've also found it good for trying a game before I wait overnight to download it (and find out I hate it).
Posted by Zhaoman - Tue 15 Sep 2020 13:25
Doesn't seem to work yet for me. The app is still showing the beta which ended last month.

I found the streaming to work better than expected but the input lag (probably about half a second) was too much to play seriously. You could have a relaxed drive in Forza Horizon 4 for example but you were at a major disadvantage if you were trying to complete challenges or actually race someone. FPS games was a no-go for me, even the campaign in Halo 5 was a bit of a struggle with the lag. I'd say it will be good for turn-based or more casual/relaxed games. It worked a treat for stuff like Civilisation and much better than I expected overall.
Posted by Ttaskmaster - Tue 15 Sep 2020 13:41
I'd probably use it on PC via an Android emulator, just to try and eliminate the lag.
Would that even work, do you think?
Posted by cheesemp - Tue 15 Sep 2020 13:46

Ttaskmaster
I'd probably use it on PC via an Android emulator, just to try and eliminate the lag.
Would that even work, do you think?

A lot of the games are available via game pass ultimate (which this is all part of) so if you had a PC I'd just install the game if its available? I'm also expecting a native PC app - The existing one can stream from a local xbox so I'd expecting it to be an option.
Posted by KultiVator - Tue 15 Sep 2020 14:28
I gave the BETA streaming service a good run with Ace Combat 7, Forza Horizon 4 and Gears of War 5 - all played pretty well and the lag was minimal on a Samsung S10 over decent WiFi. I did hit the odd blip where compression artefacts became quite severe for a time - with no apparent in-house reason (my wife wasn't streaming anything) - but this was quite rare.

Looking forward to trying out a few more titles and seeing how the service evolves now it's out of Beta and next-gen games are not far away from launching.

p.s. As per another comment - I can't yet see the live (non-Beta) game streaming options on my SmartPhone - maybe it goes live once the US are up and about!