About a month ago, HEXUS reported upon the Formula 1 eSports Virtual Grand Prix. It looks like virtual sports are enjoying an popularity bump with much of the world in Covid-19 induced lockdown and large gatherings prohibited. If motorsports aren't your thing and you have been missing the football, then I might have some good news for you. This weekend Konami is hosting the #StayHomeWithPES Tournament pitting some of biggest names in football against each other in eFootball PES 2020. 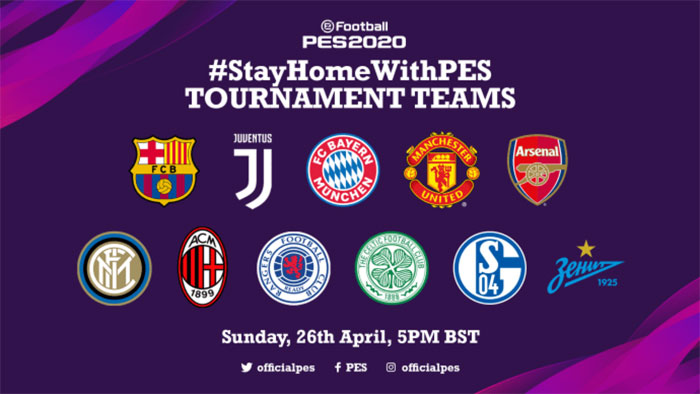 Konami wrote to HEXUS to announce that Stars from 11 world-famous clubs will compete in the virtual tournament, which will be broadcast on the official eFootball PES YouTube channel on Sunday 26th April from 17:00 BST / 18:00 CEST. Alternatively you can tune in to watch live on Facebook – because you might have free bundled mobile data for Facebook use perhaps.

So, what will you be able to watch on Sunday? Some of the biggets names in football like FC Barcelona striker Antoine Griezmann and Juventus' Miralem Pjanić wll be playing on Sunday evening. Pjanić’s first match will be in the Quarter Finals against the winner of the bout between Celtic forward Odsonne Edouard and FC Schalke's Nassim Boujellab. "Also competing in the Quarter Finals will be Inter's rising star, Sebastiano Esposito with his first match against Scott McTominay, Manchester United's talented midfielder," Konami told HEXUS. 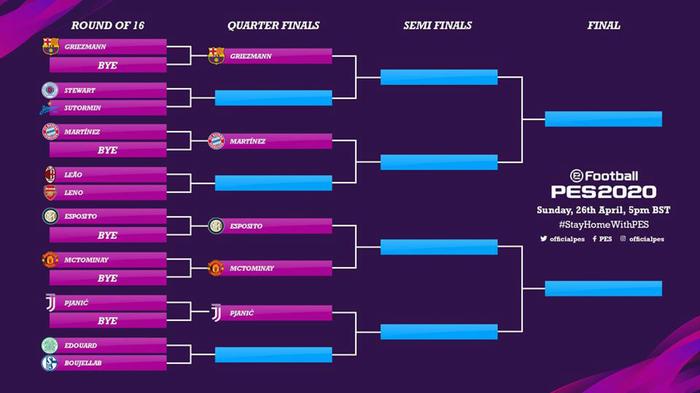