Google's Stadia games streaming service went live in the latter part of 2019. Many commented on the platform's lack of games at launch, something that has been steadily improving. However for would-be mobile Stadia users there was a bigger roadblock since launch - it has been a Pixel smartphone only mobile experience until now.

Starting tomorrow, Google Stadia games streaming will become much more viable to those who wish to play its roster of games on the go. Google is adding quite a long list of smartphones that will be soon officially supported, from various popular third party smartphone makers. 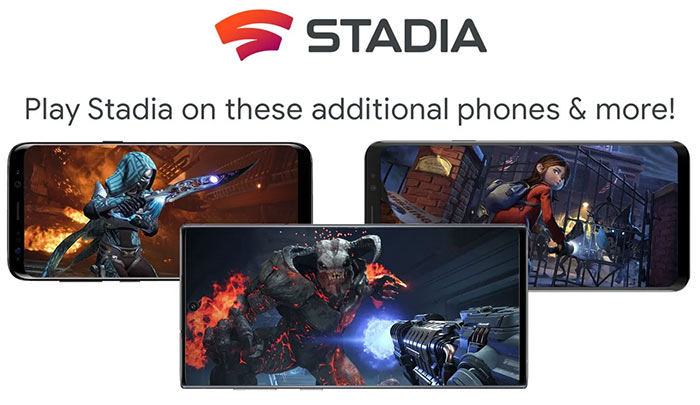 Eighteen new phones will become Google Stadia compatible from 20th Feb - but perhaps not all new devices immediately. The models that will be supported include the last three generations of flagship Samsung Galaxy S / Note devices, and the gaming-centric smartphones that have been released thus far from Asus and Razer.

You will be able to play Stadia titles on the above phones using your favourite Bluetooth gamepad. If you wish to use the Stadia Controller it has to be connected by USB-C cable. 9to5 Google reminds us that playing Stadia on mobiles still requires a Wi-Fi connection, and the faster the better.

Stadia is also available via your TV using the Chromecast Ultra. For PC users it isn't too tricky to play Stadia games via the Chrome browser but a significant number of HEXUS readers will have PCs that can do the heavy lifting required by modern AAA titles locally to provide better performance than streaming, and might have extensive games libraries too. 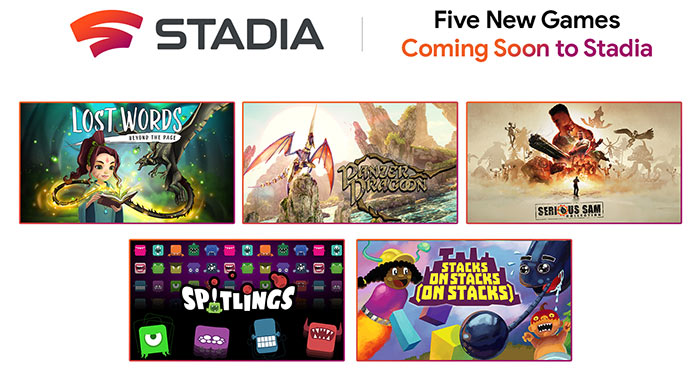 If you are interested in Google Stadia it is worthwhile keeping an eye on the official blog for announcements like the above, and regular updates on new games coming to the platform.

Even Onlive was better than Stadia…
Posted by KultiVator - Wed 19 Feb 2020 13:02
As an aside to this, I've been testing out both ‘GeForce Now’ and ‘Project xCloud’. Both services are impressive and frustrating in equal measure, even on great local hardware and fast connections.

Given that ‘Project xCloud’ is still in BETA testing, it (surprisingly) actually seems to perform somewhat better (more consistently / reliably) with my setup than ‘GeForce Now’. Playing the latest ‘Ace Combat’ game on a phone *can* be incredibly enjoyable when everything is flowing nicely and it looks awesome on the high-DPI OLED screen of a flagship device.

However, the reality is that I find the intermittent inconsistencies in frame-rate, latency and image quality too distracting in today's implementations of game-streaming. I have very limited time to relax and play games - and prefer to avoid frustrations like GeForce Now's habit of dumping you out of a game to the Steam Client running in a clunky VM that's tricky to navigate (especially on a mobile device without a mouse to hand) and offers seemingly no way to kill off that game, or start another one for several minutes. Grrrr.

As a result, my long overdue Ryzen 9 build begins tonight - mostly for work / creative tasks, but it would be rude not to give its' gaming chops a gentle workout, every once in a while ;-P
Posted by philehidiot - Wed 19 Feb 2020 14:27
My personal impression is that these systems will never be good enough to overcome the biggest issue. Latency. You've got to remember that even in the early days of CRT, a small amount of monitor input lag could prove disastrous to playability. You try taking the keyboard and mouse inputs and timing the round trip back to those inputs registering on the monitor…

The bigger issue is that often you can compensate for such things to some degree if they are consistent. If the latency is variable and seemingly random it becomes almost impossible to compensate.

As a result, I suspect the only games which would be playable on this kind of thing would be RTS type games / MMORPGs which aren't dependent on fast responses. These kinds of games are actually fairly well served by the mobile market and optimised for small screens and mobile phone controls.

Even the fast paced FPS games are coming to mobile with increasing development budgets and it's becoming obvious that Activision and Blizzard are prioritising this cash cow more and more over the traditional gamers who made them the huge industry they are.

KV - I am in the same boat. I often have 20-30 minutes to play a game and I just do NOT have the time for pratting around with launchers and DRM and enforced updates. I just got a delivery notification from Scan saying my 3900X and mobo have been delivered… *giggles like an excited schoolgirl*. Interestingly, what swayed my decision to push “go” on this build, rather than give up entirely on high end PC gaming, was the signs of newer AAA titles coming, DRM free, to GoG.
Posted by big_hairy_rob - Wed 19 Feb 2020 18:30
well I bet this is one way to increase the fps to an acceptable level - what's that, button lag? Sorry that's an issue with your 4/5g provider….
Posted by rob4001 - Thu 20 Feb 2020 04:36
Don't you guys have phones