Yesterday evening Microsoft held its XO19 event in London - about all things Xbox (and quite a bit of PC). Among the highlights there were the announcements of more than 50 new titles coming to Project xCloud, over 50 games coming to Xbox Game Pass, big Xbox savings for Black Friday, and a lot of new games shown off. 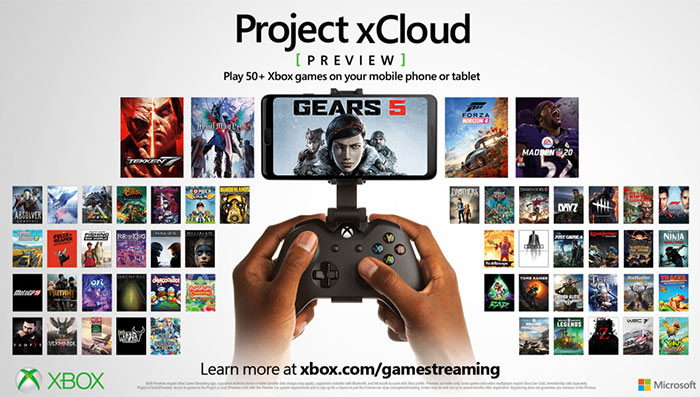 Microsoft's Project xCloud is coming to Windows 10 PCs and new markets in 2020. Meanwhile the service expands with more than 50 new titles from over 25 publishing partners. Support for Bluetooth controllers is being expanded including popular choices like the DualShock 4 wireless controller and game pads from Razer. You can find out more about Microsoft's Project xCloud plans in a dedicated blog post. 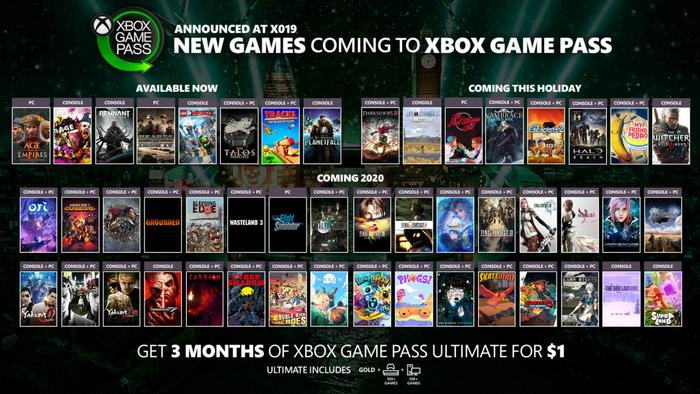 The Xbox Game Pass gets a similarly bulky boost with 50 new games listed as coming to subscribers over the next few months. Like many subscription services some things will disappear too, for a while at least, so if you are interested please check through the coming and going titles list via the link above.

Black Friday is still a fortnight away (29th Nov) but we are already getting pelted with emails from all our contacts here at HEXUS. Microsoft announced some deals on Xbox bundles, Xbox Game Pass, games, accessories and more. Highlights are; up to $150 off consoles (£100 in UK), three months of Xbox Game Pass Ultimate for just $1/£1 and up to 50 per cent off Xbox Game Studios titles. The full range of Black Friday offers will be live by Sunday 24th November. 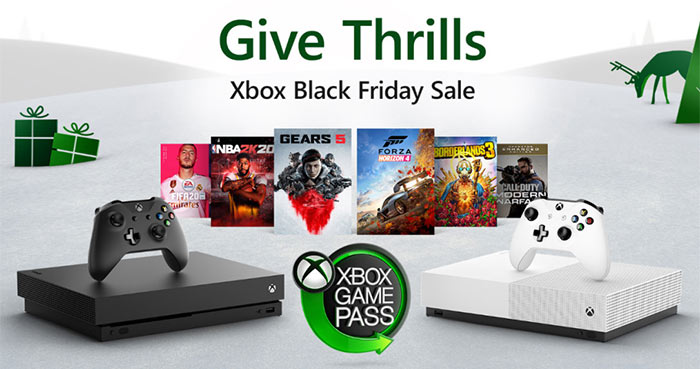 The rest of the big announcements at XO19 were about specific games titles. Obsidian debuted a trailer introducing Grounded – a brand-new Xbox Game Preview title launching in Spring 2020. PC gamers will be able to download it from Steam.

Rare announced a new IP called Everwild, featuring a "magical, natural world". That's not all, from Rare either, as it showed off Sea of Thieves: The Seabound Soul update - an all-new, lore-focused Tall Tale mission.

In other news, a new trailer for Bleeding Edge was revealed, Halo: Reach is coming to Halo: The Master Chief Collection on 3rd December, new footage from Microsoft Flight Simulator was shared, Minecraft Dungeons was shown in greater detail, an all-new trailer for Wasteland 3 was released, a gameplay teaser trailer for CrossfireX debuted, the first gameplay trailer for Age of Empires IV was shared, and more.

There is an official Xbox YouTube playlist collection of 26 videos for those interested in watching more new trailers from last night's show.