EA to return to Steam?

EA has Tweeted a heavy hint indicating its intentions to return to the Steam PC platform. A 9 second video loop showing a hot beverage contained in an EA mug, emanating steam, can't really be construed in any other way can it?

The brief video snippet, posted without comment - just an ellipsis - has certainly sparked interest among the gaming community and games industry media. At the time of writing the video, which is on the surface a meaningless and incidental scene, has been watched over 300,000 times. 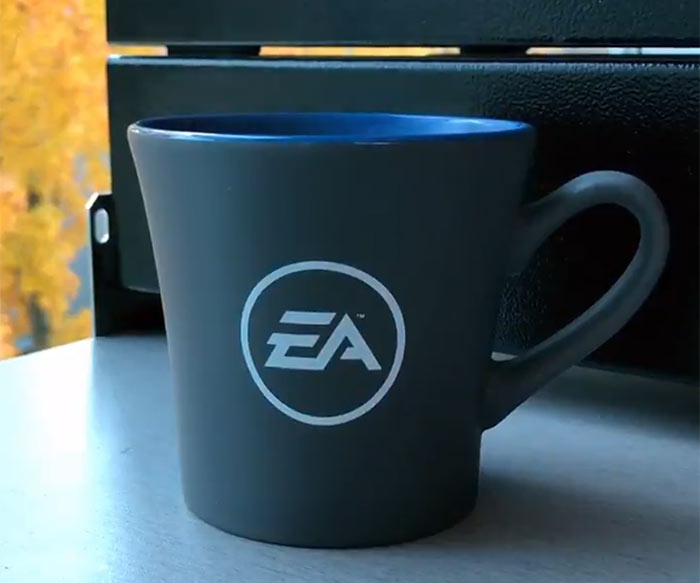 EA's PC games have been sold exclusively via Origin on PC since the launch of Battlefield 3 in 2011. If it is happening I think this Tweet is timed to ready us for an announcement tomorrow, when EA will report its latest quarterly earnings and update investors on plans going forward.

The above would be a big positive for Steam after the impacts of Ubisoft withdrawing new games launches and Epic Games snagging important launches away from Steam on PC. As EuroGamer notes, a few days ago Twitter user @RobotBrush discovered a test application for running Origin games on Steam. The games will buy and run though Steam but you will still need to install the Origin launcher, it would seem.

A few hours ago Kojima Productions officially announced a couple of news nuggets with regard to its highly anticipated release of Death Stranding. This is an important game for renowned game developer Hideo Kojima and Kojima Productions as it is their first after disbandment from Konami in 2015.

Death Stranding, an open world action game will release on the Sony PlayStation 4 on 8th November, said the Tweet today. For PC gamers the news is that Death Stranding will arrive on our platform of choice in "early summer" of 2020. Sadly it is too early to have any info about PC specifics.

EA's Star Wars Jedi: Fallen Order has appeared on Steam in the last few hours. The 'small print' towards the foot of the Steam game page confirms that users will need a Steam account, and EA/Origin account, and to have downloaded and installed the Origin client software to play. Furthermore, you must link your Steam and EA accounts to play. Star Wars Jedi: Fallen Order is released on 15th November.

Posted by Ttaskmaster - Mon 28 Oct 2019 14:36
Makes sense - EA and Steam heroes band together to beat off the latest evil, Evil, EVIL platform that dares to try and impact their monopolising… in this case, obviously, Epic Games and their nasty, nasty, evil exclusivity deals…
Posted by Saracen999 - Mon 28 Oct 2019 16:13
I'm sure lots of people will love that, but for me, the only good point is that it's marginally better than EAs platform, so to that extent it's good. But Steam still appeals rather less to me than a dose of an STD.
Posted by QuorTek - Mon 28 Oct 2019 22:48
Just because it is on steam is not going to make me buy any more EA games ever again… so I don't get the drift?
Posted by Saracen999 - Tue 29 Oct 2019 01:25
If you meant my drift, it's that while many despise EA and their platform, many don't despise Steam and this may put EA games back on their list.

There are some EA games I might buy, but not if they require protective platforms, be it EA or Steam, so they're still on my “no way” list ….. until/unless they end up on GOG, etc.
Posted by Gentle Viking - Tue 29 Oct 2019 08:14
Will they return to making good games too ?